The Supreme Court has sentenced the murderer who strangled a two-year-old boy in Elche and also the mother to permanent reviewable prison, for consenting to it without doing anything, as reported by the Superior Court of Justice of the Valencian Community (TSJCV) . 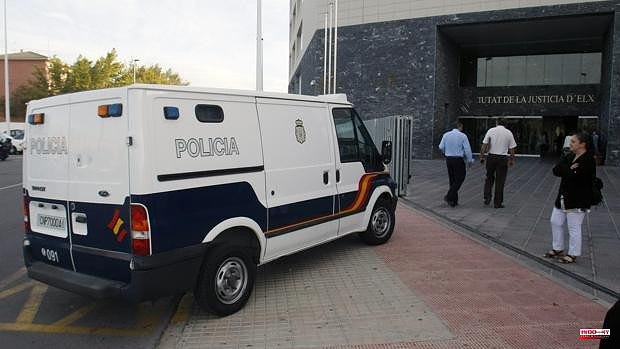 The Supreme Court has sentenced the murderer who strangled a two-year-old boy in Elche and also the mother to permanent reviewable prison, for consenting to it without doing anything, as reported by the Superior Court of Justice of the Valencian Community (TSJCV) .

The sentence of the Plenary of the Criminal Chamber ratifies the jurisprudence that considers the reviewable permanent prison compatible with the treacherous death of a child (whose ruling was brought forward on May 31).

Thus, it considers the appeal of the private prosecution and sentences to this maximum penalty both the man who lived with the mother, who was the author of the beating that led to the death of little Aaron, and herself. It happened in September 2018 in the house in which the three lived.

The sentence has a particular vote signed by three magistrates.

The Supreme Court has thus endorsed applying the reviewable permanent prison in cases of murders of minors -in which the aggravating circumstance of treachery is already contemplated, that is, the fact that the minor could not defend himself from the attack- because, in his opinion, it does not imply a double punishment for the condemned.

This is how the magistrates have responded to the question of whether or not the principle that prohibits a person from being punished twice for the same acts was violated.

In the resolution, of which the magistrate Susana Polo has been rapporteur, the court has annulled the sentences of 20 years in prison imposed by the Superior Court of Justice of Valencia on both defendants for the crime of murder with treachery and has replaced by reviewable permanent prison sentences.

According to proven evidence, the man "guided by a desire to undermine the physical integrity of the minor", exerted physical force on Aarón, who, given his young age, did not have the capacity to defend himself. He inflicted "all kinds of beatings and blows" on different parts of his body, "causing various injuries" for which "he never received medical attention, but which were confirmed later when he was admitted to the emergency room."

On September 13, 2018, the man pressed his neck "with such intensity that it prevented the child from breathing." That day, Aaron passed out. According to the sentence, the woman was aware of the facts "and she consented to it, doing nothing to avoid it."

When both realized the seriousness of the events, they took the minor to the Baix Vinalopó hospital, where he received health care. Four days later, he passed away. At first the two were sentenced to permanent reviewable prison, but later the Superior Court of Justice of the Valencian Community revoked this sentence and sentenced them to 20 years in prison each.

1 Faes Farma is considering making a purchase to accelerate... 2 The judge sends the police officers kicking the door... 3 The Estival Cuenca will have 23 concerts and fifty... 4 The PP denounces that the Albacete hospital "has... 5 Igea, about the pact with the PP in 2019: "Yes,... 6 What is open and what is closed in Valencia on Friday,... 7 The escalation of violence in the protests in Ecuador... 8 Macron rejects a government of national unity and... 9 The opposition accuses Johnson of inaction to solve... 10 Erdogan turns the page on the murder of journalist... 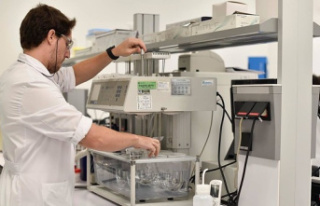 Faes Farma is considering making a purchase to accelerate...