Traditionally, the arrival in Montmeló marked the 'real' start of the Formula 1 season. 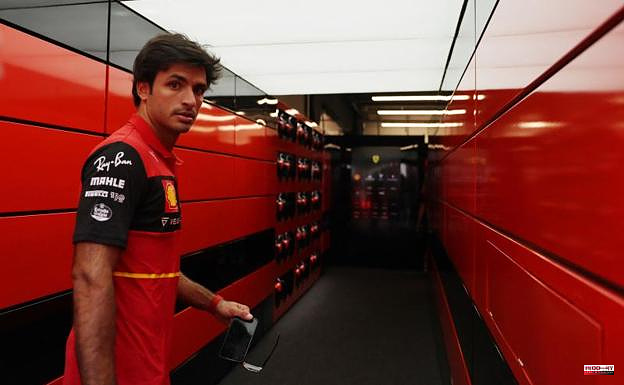 Traditionally, the arrival in Montmeló marked the 'real' start of the Formula 1 season. After the round of the first races, which began in Australia, the Spanish Grand Prix was a return home, to a place known to all. It is no coincidence that the pre-season tests are held there: the Circuit de Barcelona–Catalunya is a perfect laboratory for testing new cars.

That is why landing in this sixth race (other years it was the fourth or fifth) is a great peace of mind for everyone. After opening or re-opening circuits, Montmeló is a track that is ideal for the first big evolutions. All the teams, some more and some less, wear new pieces. Alpine, for example, will advance a rear wing on its two cars, as well as Ferrari, which will also have a first big step forward in that area to try to alleviate the trickle of news that Red Bull has been showing in the appointments that have been held. .

What they did not expect is that there would be the heat that they are going to find. The Circuit is going to be a red-hot paella pan, which will test the resistance of the cars, the drivers and also the fans. The objective of those responsible for the Spanish Grand Prix is ​​to see the grandstand full again and everything indicates that it will be so. The national fans have shown their enthusiasm to see a Carlos Sainz who is in a position to win (or at least to reach the podium) and a Fernando Alonso who is still dragging a lot, although he is no longer in a position to win.

In what may be the Asturian's last home Grand Prix in Formula 1 (in July they will make the decision in Alpine), Alonso has high expectations. He is going through a streak to forget, with four grand prix without scoring, with the one in Miami still very present. The two penalties that took him out of the noble zone made him fall to the bitter eleventh place, something that he does not want.

But things, at their own pace, can improve. You don't have to run before walking or walk before crawling, and given that Alpine has not been up to the task at the start of the campaign, Alonso can only wait until, 'piano, piano', the situation improves. Sooner or later, that long-awaited moment will come when he recovers his rhythm and begins to add positively.

Although it is more legend than statistics, it has always been said that whoever does well in Spain does well the rest of the year. Although this year there will be a slightly modified Circuit with respect to what was seen during the tests (several extensions of escape routes, completely new facilities and, above all, a grandstand full of fans), the logical thing is to think that it will be a weekend very predictable.

If so, the fight for victory will be in the hands of Charles Leclerc and Max Verstappen. And perhaps from Carlos Sainz. What seemed like hope has ended up becoming pressure, and that pressure has become an obligation for the man from Madrid, especially on a track in which he adds his participation to the 'top 10'. He has never failed to score before the public of him, and the fans trust (to a certain extent) that he will arrive. The 'barrichellización' of the Madrilenian is one of his great fears, but he does not put himself in the position of favorite. «People have enthusiasm and desire, just as I have. What no one can forget is that the one who most wants to get that first victory and for it to happen as soon as possible is me. I am the first to enjoy it and fight for it to happen », he recalled in one of the many interviews he conducted this previous week.

Sainz is very clear that there is a car and potential, but he still needs a little more. Call him confidence, 'feeling' with the F1-75 or whatever, but he arrives at Montmeló worse than he expected, especially seeing that his partner with his brother's car is leading the World Championship. “I have been within a tenth in practically all qualifying and I even had pole position in Q3 at times. Without being confident with the car or knowing exactly what I have to do to get the most out of it, I'm fighting for pole positions and podiums. That is why I am confident that as soon as I find that little bit that I found in the second half of last year, good things will come », he promised. Perhaps Montmeló is the starting point.

1 NATO membership: Finland and the alliance want to... 2 CaixaBank presents its new 2022-2024 strategic plan... 3 The Supreme Court files the complaint against Rufián... 4 Castilla y León goes on alert for high temperatures... 5 La Zaranda makes a scathing criticism of power with... 6 Miguel Esteban entrepreneurs have a new business center 7 The rental of a private plane similar to the one that... 8 The second Italian gem: Oldani wins in Genoa 9 Marlene Schiappa on C8? The Minister Delegate denies 10 Food, clothing... buy online, the new anti-inflation... 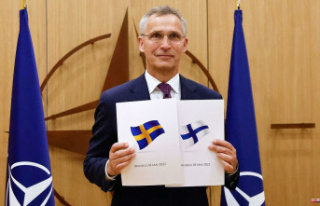 NATO membership: Finland and the alliance want to...