With the thermometers rising above 30 degrees in a large part of Castilla y León and forecasting that they will not give a truce in the coming days, the Board has declared an alert for high temperatures until this Sunday, May 22, from this same Thursday throughout the Community, which is also in medium danger of forest fires. 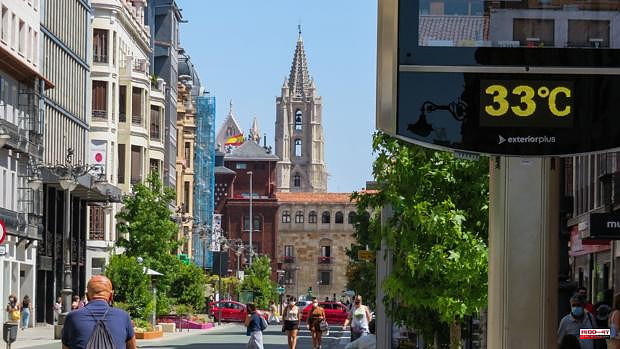 With the thermometers rising above 30 degrees in a large part of Castilla y León and forecasting that they will not give a truce in the coming days, the Board has declared an alert for high temperatures until this Sunday, May 22, from this same Thursday throughout the Community, which is also in medium danger of forest fires.

The Civil Protection Agency of the Ministry of the Environment, Housing and Territory Planning has declared the alert for adverse weather until 8:00 p.m. on Sunday due to the forecast of maximum temperatures above normal for these dates of the year. A decision adopted due to the progressive entry of a very warm and dry air mass coming from North Africa, so a progressive increase in temperatures is expected in the coming days, intensifying more noticeably from this Friday.

The presence of the warm mass, the atmospheric stability and the high insolation will cause an increase in exceptionally high temperatures for these dates, which will also drag dust in suspension. For this reason, haze and reduced visibility are expected, mainly during the weekend.

The relief in the mercury is expected for Sunday, when the episode of high temperatures is expected to begin to subside. And it will be at the beginning of next week when the situation normalizes.

In parallel, the Ministry of the Environment, Housing and Territory Planning has also agreed to declare, for the second consecutive weekend, medium danger of forest fires in the nine provinces of Castilla y León due to the persistence of high temperatures and the increase in anthropogenic risk of forest fires that occurs on weekends.

The declaration will last from this Friday, May 20, until Sunday, the 22nd.

This measure implies, among other issues, the activation of aerial resources, heavy machinery and ground crews hired by the Junta de Castilla y León for immediate assistance in case of fires that may arise. In addition, all authorizations or communications for the burning of plant remains that could have been processed are suspended.

The level of fire risk has increased in recent days due to the significant temperature anomalies suffered since the beginning of last week and forecast for the coming days.

Not surprisingly, according to forecasts, temperatures of up to 9 degrees Celsius above normal values ​​for this time are expected in many areas of the Community.

A situation of sustained heat over time that is combined with the water deficit of the vegetation, which increases the risk of fires. To which is added that for this Saturday there is a high probability of a storm with little or no precipitation and winds of a certain intensity in the western part of the Community, especially intense next Sunday.

Another of the measures adopted is the activation of guard personnel, both environmental agents and technicians specialized in extinguishing forest fires, in all provinces, differentially in those with the highest risk (León, Zamora, Salamanca and Ávila).

The Junta de Castilla y León expresses its confidence that the population will continue to exercise extreme caution in their outdoor work and leisure activities to avoid the start of a possible fire. And they remember that the burning of bushes or mountains without express authorization, for any purpose, is a prohibited practice that can put human lives, populations and other property at serious risk and that it can also constitute a crime.

Up-to-date information on the existing limitations for the use of fire can be consulted in the CyL Fires APP (Forest Fires Castilla y León) and on fires of special significance, on the twitter account @naturalezacyl (Nature Castilla y León).

1 La Zaranda makes a scathing criticism of power with... 2 Miguel Esteban entrepreneurs have a new business center 3 The rental of a private plane similar to the one that... 4 The second Italian gem: Oldani wins in Genoa 5 Marlene Schiappa on C8? The Minister Delegate denies 6 Food, clothing... buy online, the new anti-inflation... 7 Racist Buffalo killings: Accused appeared before a... 8 After three years of delays and failures, Boeing tries... 9 Seven tips to avoid and treat heat strokes due to... 10 Stabbed in the back a security guard at Igualada station 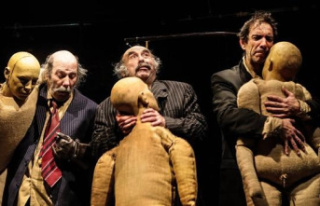 La Zaranda makes a scathing criticism of power with...