The company La Zaranda has been touring stages around the world for 45 years and that trajectory that has marked its future and its theatrical language is a benchmark for the national scene. 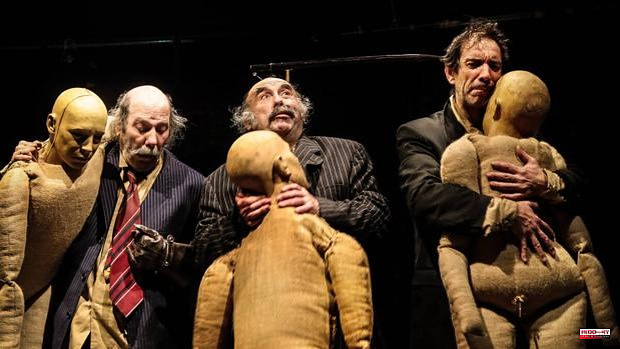 The company La Zaranda has been touring stages around the world for 45 years and that trajectory that has marked its future and its theatrical language is a benchmark for the national scene. Now, the company arrives at the Teatro de Rojas this Friday at 8:00 p.m., with its latest show 'The Battle of the Absents', written by the playwright, Eusebio Colange, directed by Francisco Sánchez, better known as Paco de La Zaranda. It is a piece -in the words of the author- in which the group makes its particular reckoning with power and farce.

This has been stated by the company's playwright, Eusebio Colange, who explains that this piece reviews the last battle of three old warriors who meet to commemorate -as a metaphor- the power that man has to destroy himself, «and seeing that no one arrives, they decide to take revenge in the quixotic style”, remarks the author who assures that the work is very open to the interpretations of the spectator himself.

La Zaranda, which used to define itself as the Unstable Theater of Andalusia la Baja and a few years ago changed this name to the Unstable Theater of Nowhere, is paradoxically a stable company that has not given up its efforts to create its own theatre. On this occasion 'The Battle of the Absents' serves the protagonists to carry out an anti-political play. "There is criticism of power as manipulation and we do it in a farce tone," he remarked.

Eusebio Calonge explains that this montage is a metaphor for life, like a combat in which the three actors (Gaspar Campuzano, Enrique Bustos and Francisco Sánchez) represent the remains of a disbanded army that strives to keep the war without quarter alive. that they waged for more than forty years.

Throughout the work, La Zaranda makes a stark review of the different strata of power. From the worst of power. And for this, her interpreters show themselves more actors than ever and break the fourth wall by questioning the public. And the portrait they offer of today's society is so cruel, that they start laughing that are almost grimaces of a pain that deep down we all carry inside.

The playwright considers that this piece moves between the elegiac and the farce, constituting a humorous key to a stark allegory of today's society, in which La Zaranda once again uses his own language and as theater men, «they interpret what happens in the world”, he repeats to emphasize that it is also a way of preparing his farewell. "They have been on stage for many years and theater for us is to express what we feel and what we are," Calonge pointed out.

As for his return to the Teatro de Rojas in Toledo, the playwright affirms that it is a stage that commands "a lot of respect" because its foundations contain the theatrical history of Spain. «When you go down and contemplate the rig machinery, one realizes the greatness of this space. And that always gives you respect. Each stage has its mystery, but Rojas's is very powerful », he points out to insist that« the theater has an energy that instills a lot of respect. I think the story is at its foundation and makes you think about your job ·, he repeats to encourage viewers to attend this Friday's show.

1 Miguel Esteban entrepreneurs have a new business center 2 The rental of a private plane similar to the one that... 3 The second Italian gem: Oldani wins in Genoa 4 Marlene Schiappa on C8? The Minister Delegate denies 5 Food, clothing... buy online, the new anti-inflation... 6 Racist Buffalo killings: Accused appeared before a... 7 After three years of delays and failures, Boeing tries... 8 Seven tips to avoid and treat heat strokes due to... 9 Stabbed in the back a security guard at Igualada station 10 An exhibition on the Paseo de Sisebuto discovers the... 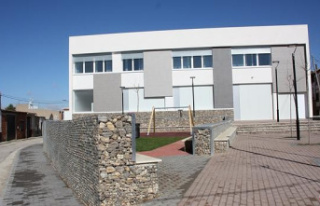