Eurocaja Rural has opened this Monday a new office in Medina de Rioseco (Valladolid), a town that currently has less than 5,000 inhabitants. 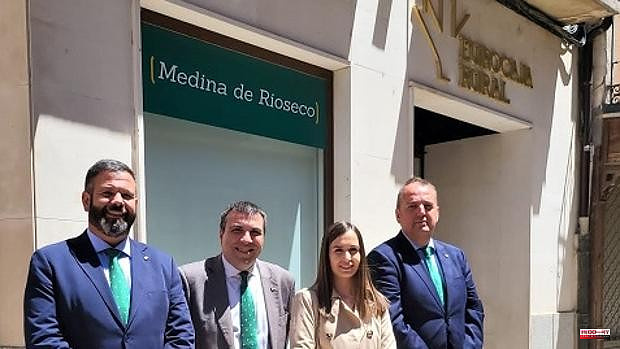 Eurocaja Rural has opened this Monday a new office in Medina de Rioseco (Valladolid), a town that currently has less than 5,000 inhabitants. With this commitment and in line with its new advertising campaign, 'Your people ask for it', it seeks to raise awareness against depopulation and financial exclusion and promote equal opportunities.

The new office is located at Calle Lázaro Alonso, number 36, in the heart of the city center, and has continuous opening hours for the public from 8:30 a.m. to 2:00 p.m. At the head of it is Rodolfo Manzanedo Rubio, together with the commercial manager Susana Galván Argüello, who will watch over the financial interests of the residents of Medina de Rioseco, with the professionalism, closeness and rigor that have always characterized this entity.

The director of the commercial network of Eurocaja Rural, Carlos Martín-Salas Martín, and the territorial director of the entity in Castilla y León, Antonio José Pérez Romera, were present at its inauguration.

In the note issued by the financial entity, it reflects that, currently, 61% of its commercial network is located in towns like this one, which does not reach 5,000 inhabitants. In addition, 68 of its offices are located in municipalities where there is no other physical financial reference.

Thus, they celebrate the success of a model to which they find keys such as linking each client to a physical branch, a system of cashier hours without restrictions and without sending the client to the cashier, and the specialization and personalization of products and services of any sector of activity, including rural areas.

With this opening, it continues its plan to continue growing in all the autonomous communities in which it is present, especially rapidly since 2011. Specifically, the brand opened its first office in Castilla y León in 1997, currently having 23 offices in This region. 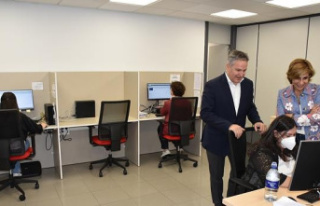