The Councilor for Business Economic Promotion, Paloma Sánchez, has highlighted the public-private collaboration with companies such as Acierta Asistencia, from the Caser Group, which in a few months grows from 30 to 50 jobs created in the city. 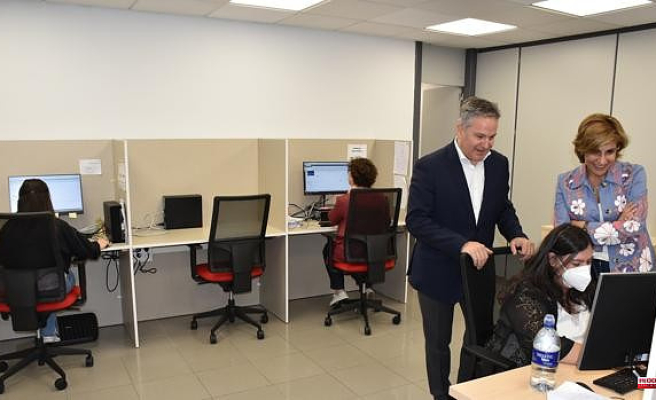 The Councilor for Business Economic Promotion, Paloma Sánchez, has highlighted the public-private collaboration with companies such as Acierta Asistencia, from the Caser Group, which in a few months grows from 30 to 50 jobs created in the city. In this sense, she has recalled that the 'contact center' was inaugurated last January and, in four months, she has already expanded her staff by 20 more people in her center in the commercial heart of Talavera de la Reina.

Likewise, he stressed that the Government team is working to attract new business projects, but also to strengthen the business fabric that is already in the city, as is the case with this firm. Sánchez has reiterated the descending line of the unemployment data, although he has maintained that "we are never satisfied, so we continue working so that this figure is lowered, month by month, in all sectors."

Regarding Acierta Asistencia, he has stated that his commitment to Talavera was a "success", not only in the aspect of institutional support, but also in that of public-private collaboration and whose fruits are being translated into the "generation of jobs in quality". To conclude, he extended his hand to this and all the companies that are already in the city or that want to establish themselves, alluding to the importance of consolidation projects and with the aim of continuing to grow.

This was stated during the visit she made to the Acierta Asistencia contact center on Trinidad Street, where she was accompanied by the general manager, Ignacio Díaz-Pinés. The person in charge of the firm has communicated this extension, for which the selection and training phases are already being carried out for its next incorporation. The objective, as she has commented, is "to provide the service to the different insurances that we process from the Talavera center", in areas such as health, home or car multi-risk, among others.

Díaz-Pinés has highlighted the gratitude to the Talavera City Council for the business support service, as well as the facilities when it comes to recruiting and training the candidates who are going to work in the company. Satisfaction in these four months of operation in our city, where they have highlighted the "levels of quality in the service" that are being obtained in relation to the group of centers that they have distributed in the country.

Of course, he has referred to the "close collaboration" with the City Council in relation to any suggestion or concern, as well as the support they receive in every way to advance their growth, such as the transfer of the Prado Schools for these pre-employment phases. Before concluding, he highlighted the firm commitment of the Caser Group to Talavera in the hands of Acierta Asistencia and also the Parque Hospitales Group. 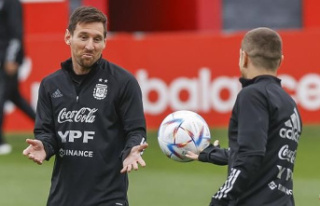 Messi: "Real Madrid was not the best team in...