Election in NRW: The moment of truth is approaching

In North Rhine-Westphalia, 13 million people have a choice - CDU or SPD, libertine or Kuchaty? The two top candidates have already cast their votes. 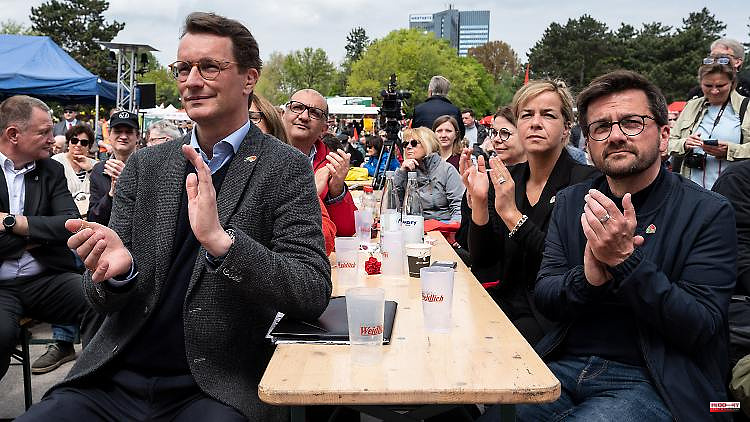 In North Rhine-Westphalia, 13 million people have a choice - CDU or SPD, libertine or Kuchaty? The two top candidates have already cast their votes. And voter turnout so far is higher than it was five years ago.

The state elections in North Rhine-Westphalia started with a high turnout. By 12 noon, almost 36 percent of those entitled to vote had already taken part in the election, said state returning officer Wolfgang Schellen on the basis of random samples in eight districts and urban districts. At the same time in the 2017 state election, it was around 34 percent.

The 13 million eligible voters can cast their votes until 6 p.m. The first forecast of the outcome of the election is expected shortly thereafter. A CDU triumph like two weeks ago in Schleswig-Holstein is not to be expected. According to polls, Prime Minister Hendrik Wüst's party has good prospects of becoming the strongest force. But whether she will ultimately lead a government is another matter. It is pretty certain that the previous black-yellow alliance is no longer enough. Apart from that, almost anything could be possible tonight: black-green, red-green, traffic lights or even a Jamaica coalition. The Greens and the FDP are keeping their options open. Nobody wants to form a coalition with the AfD, a black-red alliance is probably only the very last option.

Both top candidates cast their votes in their home communities to a great deal of media attention. Wüst came to the polling station in his hometown of Rhede with his wife Katharina and, just like when he was inaugurated a few months ago, pushed their one-year-old daughter Philippa in front of him in a blue stroller. Wüst took over the office of prime minister in the most populous federal state from Armin Laschet at the end of October last, after he had failed in the federal elections as the Union's candidate for chancellor. SPD leader Thomas Kutschaty and his wife Christina came to the elementary school in Essen-Borbeck, where he had started school in 1974, to vote. He is counting on the SPD becoming the strongest force in North Rhine-Westphalia, said the Social Democrat.

Until 2017, a red-green coalition was in power in NRW. In several surveys, a tight race between the CDU and SPD has recently emerged. With around 30 to 32 percent, the CDU was just ahead of the SPD with 28 to 29 percent. In most surveys, the CDU has a lead of two to three percentage points over the SPD - a statement on the ranking of the two parties is not possible because of the statistical error rate. In addition, according to polls, many voters were still undecided about whom to vote for.

The Greens are in polls at 16 to 18 percent and could achieve their best state election result with their top candidate Mona Neubaur. The FDP with top candidate Joachim Stamp could only end up with 7 to 8 percent, the AfD with 6 to 8 percent. With around 3 percent, the left would again miss entering the state parliament.

For the federal parties and the federal traffic light coalition of the SPD, Greens and FDP, the vote in North Rhine-Westphalia is also a "small federal election" and an important mood test. The election is the third and penultimate state election this year, and Lower Saxony will follow in the fall. Last Sunday, the CDU with Prime Minister Daniel Günther clearly won the election in Schleswig-Holstein. Previously, the SPD with Anke Rehlinger had won the state election in Saarland. The fact that NRW has long since ceased to be the "homeland" of the SPD is shown by the fact that the CDU and SPD have alternated in government in recent years. In 2017, the CDU and FDP formed a coalition, until 2017 a red-green alliance was at the helm.

1 Summary of More beautiful life episode 4540 of May... 2 Summary of Tomorrow belongs to us episode 1185 of... 3 Summary of episodes of Here it all starts from May... 4 Some places completely cordoned off: North Korea reports... 5 Air alert only after the victory: what it was like... 6 Russian group suspected: police thwart hacker attack... 7 Residents still in lockdown: First shops in Shanghai... 8 Rumors about "Aquaman" star: Jason Momoa... 9 NRW elects new state parliament: lower turnout than... 10 Coach earthquake continues: Kohfeldt has to leave... 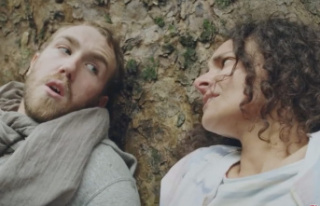 Summary of More beautiful life episode 4540 of May...