On Friday it was at the Melilla fence and this Sunday it was at the Ceuta fence, where dozens of sub-Saharan immigrants have been detained by the Moroccan Police when they tried to enter the autonomous city by force. 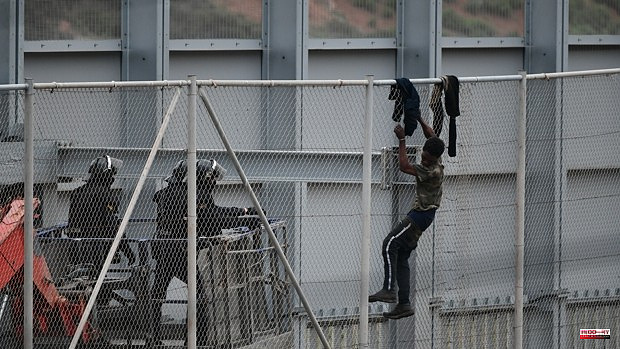 On Friday it was at the Melilla fence and this Sunday it was at the Ceuta fence, where dozens of sub-Saharan immigrants have been detained by the Moroccan Police when they tried to enter the autonomous city by force. This has been communicated by the Moroccan authorities after detecting this morning a group of immigrants who were heading from Tetouan to Castillejos, on the border with Ceuta. According to these same sources, the detainees were carrying iron objects and material to scale the border fence. Morocco has confirmed that it has arrested 59 people and that it has thus been able to foil the attempted assault on the Spanish border.

It is the second massive attempt in less than two days in the Spanish cities of North Africa.

Today's is added to what happened on Friday at the Melilla border, where thousands of sub-Saharans threw themselves against the fence. More than 130 managed to enter and the intervention of the Moroccan Police resulted in at least 37 deaths, according to figures handled by various NGOs and which the Rabat Government reduces to 23. Almost 200 agents were also injured, some 50 of them Spanish belonging to to the Civil Guard and the rest of the Moroccan Gendarmerie

1 Valladolid acclaims Triay, Salazar, Lebron and Galán... 2 Albert Rivera changes offices for classrooms to teach... 3 Johnson taunts Putin at G-7: "Should we take... 4 The G7 will invest 600,000 million in infrastructure... 5 Castilla-La Mancha transfers to the Government seven... 6 The Corpus Chico de León is 'launched'... 7 Palomeque celebrates its patron saint festivities... 8 The fire of the stacked chairs of a bar in Valladolid... 9 Eight floats parade in the Cavalcade of the Festivities... 10 Agreements with 11 municipalities to open school canteens... 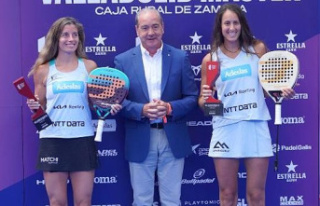