Chance was capricious, or rather the sports calendar. 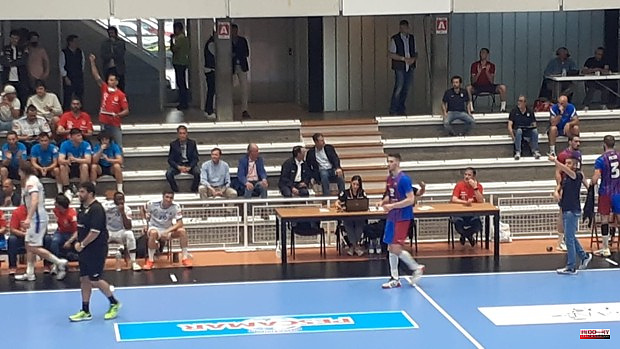 Chance was capricious, or rather the sports calendar. The same weekend that Don Juan Carlos arrived in Sangenjo (Pontevedra) as the first stop on his brief return to Spain after almost 22 months abroad, his grandson Pablo Urdangarín played a handball match in the nearby capital of the Province. The King's father has not missed the opportunity to see the second son of Doña Cristina and Iñaki Urdangarin and has traveled the little more than 15 kilometers that separate the tourist capital of the Rías Bajas from the provincial capital to see the grandson of the.

Don Juan Carlos has entered the pavilion when the game had already started.

There was no applause or boos on his arrival, as the local public was more aware of his team, the Cisne de Pontevedra, who was playing an important game, than of the King's father. Most of the attendees, possibly, have not even noticed his presence.

After spending the day at sea, closely following the regattas organized by the Sanxenxo Yacht Club, Don Juan Carlos got into the car to go to the Pontevedra municipal hall, where he arrived with the game already underway. Due to his mobility limitations, the King's father needed the help of his cane and his assistants to sit on the steps of the pavilion. He has seen the game accompanied by his close friend and host in Sanxenjo, Pedro Campos.

The most athletic of his grandchildren, and heir to his father's love of handball, he played with his team, Barcelona B, in a match against Cisne de Pontevedra, a match in the national category Silver Honor Division. Pablo Urdangarin, who, on the other hand, has been the player, of both teams, whom the Pontevedra public has applauded the most in the pre-match presentation, before Don Juan Carlos arrived at the pavilion.

Pablo Urdangarín is the second member of the family with whom Don Juan Carlos is seen on this first return to Spain. The King's father, who has preferred to keep a low profile and limit - as far as possible - his trip to the private sphere, has been accompanied on Thursday and Friday by his eldest daughter, the Infanta Elena. This Saturday he has been seen with the most sporty of his grandchildren.

Although Don Juan Carlos left Spain at the beginning of August 2020 -from the same airport through which he has now returned, Vigo, and, also, after having spent a few days in Sanxenxo-, the truth is that not so long ago that he did not see his grandson. Pablo Urdangarín had been part of the family entourage that traveled to Abu Dhabi this April to visit King Felipe's father. The infantas, Doña Elena and Doña Cristina, and five of the grandchildren of Don Juan Carlos traveled on that flight to the capital of the United Arab Emirates. The family will meet again on Monday at the Zarzuela Palace, where Don Juan Carlos will go after spending the weekend in Sanxenjo.

1 Top 14: beaten in Montpellier (22-13), Racing 92 will... 2 Tebas: "What PSG is going to do by renewing Mbappé... 3 Farnham drama: Suspect charged with second degree... 4 Stellantis requests Next Generation funds for a new... 5 Valencia closes the course with victory in an almost... 6 Nadal, Alcaraz and Djokovic, three musketeers in search... 7 Greg Leon's card game 8 The Toledo College of Nursing celebrates its «claiming»... 9 Blank day due to lack of wind in Sanxenxo 10 «Biobizz», «Maitena», «Marmotinha» and «Kohen»... 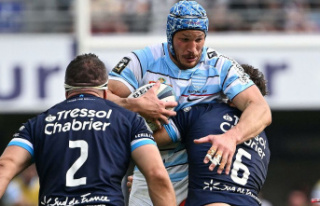