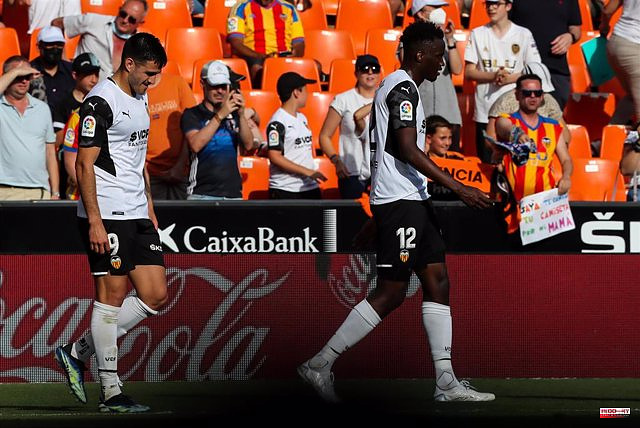 Valencia beat Celta (2-0) in a League match belonging to matchday 38 of the Santander League, the last one, which was marked by the empty stands of Mestalla as a sign of protest by fans who demonstrated in outside the stadium against the management of its owner Peter Lim.

José Bordalás' team closed the campaign with an agitated protest that left the game in the background. The fans, fed up with being far from the best in the league, took to the streets to criticize the management of the Singaporean group and left the stands almost empty. The official figure speaks of 16,000 viewers, but the images say otherwise.

The 1-0 of the 'che' team was scored by Maxi Gómez, who clinched a pass from Marcos André with his chest on the verge of half an hour. Celta tried to respond - looking for Iago Aspas to close down the Zarra - but the home team held on with fortitude to maintain their lead at halftime. Especially after a clamorous occasion by Nolito that Valencia saved under the sticks.

In the second half, Araujo -with his own goal after a cross from Maxi- sealed the victory for Bordalás' team, which closes the campaign in ninth position while waiting for this Sunday's matches. Celta, -with an Aspas that maintains its advantage over Raúl de Tomás by one goal to be the national top scorer- finishes eleventh with two points less than its executioner this Saturday.

1 Nadal, Alcaraz and Djokovic, three musketeers in search... 2 Greg Leon's card game 3 The Toledo College of Nursing celebrates its «claiming»... 4 Blank day due to lack of wind in Sanxenxo 5 «Biobizz», «Maitena», «Marmotinha» and «Kohen»... 6 Scholz responds to those who call him timid: "I... 7 To Seville with conviction and determination 8 Joe Biden, Mark Zuckerberg, Morgan Freeman... Russia... 9 A good challenge for the Rocket offense 10 PSG: Kalimuendo and Sarabia will be champions of France,... 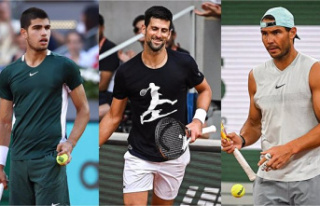