Badosa and Muguruza aspire to the 'reset' in Paris. 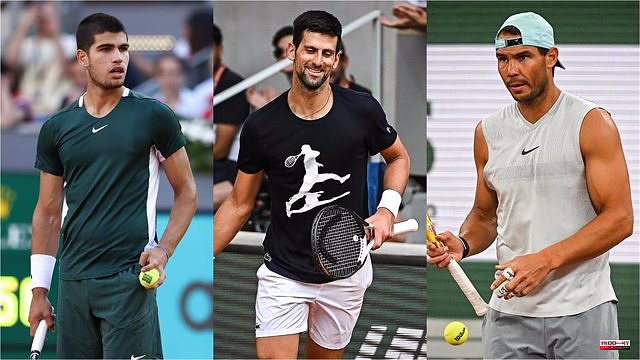 Badosa and Muguruza aspire to the 'reset' in Paris

The Roland Garros tournament, the second 'Grand Slam' of the season, begins this Sunday an edition that promises, with Rafa Nadal and Carlos Alcaraz as the Spanish double trick in Paris, where a Novak Djokovic defends the title, who has enjoyed a good level in recent weeks , three musketeers who can be surprised by a D'Artagnan, while Paula Badosa and Garbiñe Muguruza are looking for a high.

The French capital opens a very open date, even beyond the favoritism of this trident with players like Alexander Zverev or Stefanos Tsitsipas. The king is Nadal, due to his own merits and the 13 titles won, but the Balearic arrives with doubts about his physique, especially his left foot, which has given him problems in Madrid and Rome.

2022 painted history for the man from Manacor, with his return after six months precisely intervened for that chronic foot injury. Nadal reappeared in Australia and, after winning the rehearsal appointment in Melbourne, he conquered his 21st 'big'. He would also lift the title in Acapulco, but the 20-fight win streak was ended in the Indian Wells final with a broken rib.

The injury broke his rhythm and put him out of action for six weeks, just before the important clay tour. The Balearic had to skip Montecarlo and Barcelona and reappeared in Madrid with clear accounts. Nadal started a mini preseason with the aim of getting to Roland Garros well, picking up pace after not being able to move for several weeks because of the rib.

In Madrid, the Balearic fell to Alcaraz in the quarterfinals and in Rome he said goodbye lame against Denis Shapovalov in his second match. The foot played another trick on a Nadal who arrives in Paris without the shooting he would like and the question of whether or not he will have pain. Meanwhile, his two biggest rivals are at full capacity. Djokovic could be his rival in the quarterfinals.

The number one in the world has taken flight after starting with the tremendous stick of being deported from Australia. A hard soap opera of several days stopped that ended up with the 21st 'big' of his biggest rival. 'Nole', who also lost to Alcaraz in Madrid, reached the final in Belgrade and then won his first title of the year in Rome.

Now, current champion, Djokovic has the rhythm and motivation to the surface to match that 21 on Nadal's land. Meanwhile, Alcaraz rested in Rome after winning the title in Madrid and, in a projection that scares him, he even starts as a favorite in the pools after knocking both out in two days. The Murcian has been breaking records for a year and arrives in Paris with a 28-3 in 2022 and the clear objective of becoming 'big'.

The pupil of Juan Carlos Ferrero, who will debut this Sunday against the Argentine Juan Ignacio Lóndero, would be waiting in the semifinals for Nadal, who opens with the Australian Jordan Thompson, or Djokovic, who will play his first match against the Japanese Yoshihito Nishioka. Three musketeers, although on June 5, perhaps none will be the acclaimed d'Artagnan.

Both Zverev and Tsitsipas have been hitting hard in the clay tournaments, usually in the final rounds to plant the seed of a rivalry that aims to take over from the 'Big Three'. The options to go far are also in Spanish tennis players like Alejandro Davidovich or Pablo Carreño, within a wide representation, although with the loss of Roberto Baustista.

Roland Garros is just as exciting in the women's draw, with players in a state of grace such as the number one Iga Swiatek or the Tunisian Ons Jabeur. Paula Badosa, number three in the world, and Garbiñe Muguruza, champion in 2016, are the Spanish representation along with Nuria Párrizas and Cristina Bucsa, with another sensitive drop such as Sara Sorribes.

Muguruza will debut this Sunday, against the Estonian Kaia Kanepi, with the need to make a clean slate. It is not the first time that the one from Caracas is at a delicate moment in her career, with very few victories in 2022 and, in fact, painful defeats. Thus, the current Master of the WTA also knows what it is to raise her head and she has always said that the big stages motivate her.

Meanwhile, Badosa, who debuts with the local Fiona Ferro, is also in need of a 'reset', as she herself confessed in Paris. The Catalan, who has experienced a meteoric rise in the ranking, failed to bring out her potential in Madrid or Rome. The pressure has taken its toll on a Badosa who is confident of freeing herself at Roland Garros, where she reached the quarterfinals last year.

1 Greg Leon's card game 2 The Toledo College of Nursing celebrates its «claiming»... 3 Blank day due to lack of wind in Sanxenxo 4 «Biobizz», «Maitena», «Marmotinha» and «Kohen»... 5 Scholz responds to those who call him timid: "I... 6 To Seville with conviction and determination 7 Joe Biden, Mark Zuckerberg, Morgan Freeman... Russia... 8 A good challenge for the Rocket offense 9 PSG: Kalimuendo and Sarabia will be champions of France,... 10 Women's OL-Barça: Amandine Henry's strike... 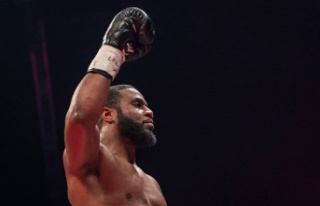