The National Police has arrested 14 people and has released three victims after dismantling an organization dedicated to sexual exploitation in hostess clubs and dating houses in the Vigo area. 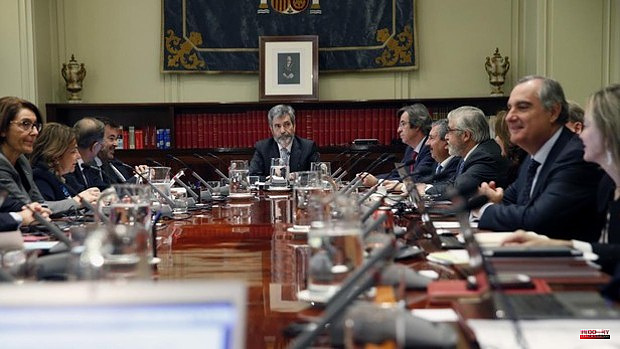 The National Police has arrested 14 people and has released three victims after dismantling an organization dedicated to sexual exploitation in hostess clubs and dating houses in the Vigo area.

As explained by said security body in a statement, the criminal network took advantage of the vulnerability of its victims, who were women with considerable family responsibilities and in a situation of economic need, reports Europa Press.

In this way, they contracted an economic debt of up to 2,000 euros for their transfer to Spain from Brazil, an amount that increased if they refused to have sexual relations with one of the main managers of the organization, who "tested them to see if they served”.

The organization's way of operating was clearly distributed among its members, each with specific functions. Thus, one of the leaders was in charge of capturing the victims in Brazil and managing the trip to Spain, where he housed them and transferred them for delivery to another of the leaders. He ran the hostess clubs where they exploited their victims in the province of Pontevedra.

In this way, the organization had collaborators in the South American country who provided false student visas or Covid-19 vaccination certificates, in addition to other members who had functions as figureheads or "straw men" who were in charge of the hostess clubs.

The entry into Europe was made fundamentally through Lisbon, from where the victims were transferred by road to the Vigo area. Once there, they were moved in trusted taxis of the criminal network between various hostess clubs.

The women, mainly of Brazilian nationality, were unaware at the time of their recruitment that they contracted an economic debt of up to 2,000 euros and that they had to pay it off by practicing prostitution. For each sexual service they had to deliver between 10 and 20 euros or 50% of what they charged in the brothels.

Likewise, the criminal organization also profited from the alternation of the women with the clients, taking 10 euros from the payment of the drinks to which they were invited and from their own accommodation, which could reach up to 100 euros per week. In addition, the members of the network imposed on their victims a system of fines that ranged from 30 to 60 euros, for which no reason was explained for the alleged infraction committed.

After the criminal investigation, three victims have been released and 14 people have been arrested for the crimes of belonging to a criminal organization, trafficking in human beings for the purpose of sexual exploitation, favoring illegal immigration, related to prostitution and money laundering. of capitals.

Thus, the case, which dates back to last May, is being investigated by the Investigating Court number 5 of Vigo, which sent two of the 14 detainees to prison.

For this reason, up to five entries and searches have been made in properties located in the province of Pontevedra, including the city of Vigo, in three hostess clubs and two floors. Thanks to this police work, the judicial closure of the establishments used for exploitation has been achieved.

A high-end vehicle, almost 12,000 euros in cash, more than ten mobile terminals and other computer devices, as well as documentation related to the case, have also been seized.

1 Massive collapse of part of the viaduct linking Lugo... 2 The Council of Guarantees rules that the Catalan language... 3 Madrid will have 2,000 new affordable rental homes... 4 The PPdeG urges the opposition to overreact to devalue... 5 The Oceanogràfic de Valencia, among the five favorite... 6 The Watchtower of Ciudad Real will be the scene of... 7 Los 40 dance, 'Funambulista' and Dani Fernández,... 8 Special services of the Valencia Metro tram from Wednesday... 9 They arrest a man for the hammering death of another... 10 A family clan accepts 9 years in prison for drug trafficking 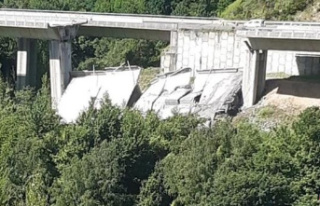 Massive collapse of part of the viaduct linking Lugo...