The day after the 'summit' in San Caetano, with two meetings between the president of the Xunta, Alfonso Rueda, and representatives of the opposition (Ana Pontón, national spokesperson for the BNG; and Valentín González Formoso, general secretary of the PSdeG) marked the appearances in O Hórreo after the meeting of the Board of Spokespersons. 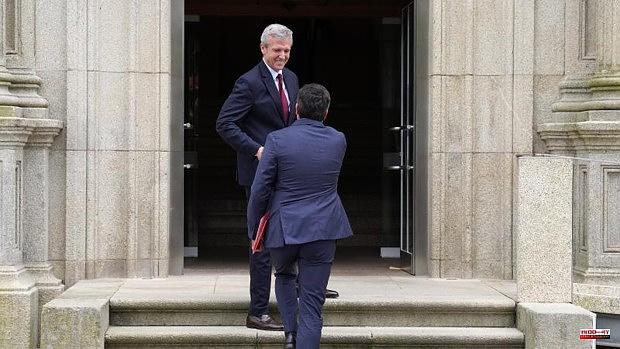 The day after the 'summit' in San Caetano, with two meetings between the president of the Xunta, Alfonso Rueda, and representatives of the opposition (Ana Pontón, national spokesperson for the BNG; and Valentín González Formoso, general secretary of the PSdeG) marked the appearances in O Hórreo after the meeting of the Board of Spokespersons. The PPdeG lamented that the two leaders of the left "preferred to overreact a bit, highlighting the discrepancies regarding the agreements." In the PSdeG they understand that the Galicians "yes" can "feel disappointed" in the face of a day that left more reproaches than agreements, but they consider the only "responsible", "obviously", the "government of the Xunta". The Bloc was the least expansive, but at least it tempered the words of Pontón, who came to say that her hour and a half with the president had been a waste of time.

The popular deputy spokesman Alberto Pazos admitted that the double meeting left "light and dark", but like Rueda himself the day before, he preferred to stay with the pros over the cons. It is the opposition, he came to say, that tries to spread the image that the almost three hours, as a whole, of exchanging views did not leave any type of result. Pazos expressed "satisfaction" because a dialogue path was opened and in some of the demands that Rueda raised "some interesting agreement was reached." He now has to "hope that the roadmap is supported when President Sánchez is transferred, in that meeting for which we are still waiting."

Pazos argued that, contrary to what Pontón said on Monday, if someone was looking for a "photo" it was not exactly the president. The nationalists, in any case, insist on this idea. The deputy spokesperson Olalla Rodil also did it, when she repeated that having that image was the "only concern" of the head of the Xunta. This one already has that 'trophy', she added, but "what we Galicians don't have are proposals and answers" to "problems". In return, she was less assertive than her leader, and she conceded, "I don't think meetings are ever a waste of time, whatever the outcome." Pazos celebrated this retreat, which he considered evidence of the little "reception" of Pontón's criticism.

As for the PSdeG, its spokesman, Luis Álvarez, used arguments to return to the idea that Rueda "raised all the resolution of the problems" to the central government, but "did not clear up any unknowns regarding his powers." "All problems depend on external solutions," he charged. Álvarez also does not believe that time is wasted when speaking, even if it is with whom, he also repeated old ideas, "he raises a resigned Galicia." As much as O Pino believes that his prophecy was fulfilled, that the spokesman said that he had been "warning for three weeks: that the meeting should not only serve to put together a position of the Xunta with respect to the central government." The Galician PSOE did not want to pass through that hoop, even though its leader, Valentín González Formoso, once again rejected the accusations of branchism.

The Board of Spokespersons also announced that the Minister of Health will appear at the next plenary session at his own request, to talk about primary care. An opportunity that the opposition awaits with the knife between its teeth. Álvarez will ask Rueda in the control session precisely about new measures to improve the primary, while Pontón opts for demanding actions in the face of the "brutal" rise in inflation.

1 The Oceanogràfic de Valencia, among the five favorite... 2 The Watchtower of Ciudad Real will be the scene of... 3 Los 40 dance, 'Funambulista' and Dani Fernández,... 4 Special services of the Valencia Metro tram from Wednesday... 5 They arrest a man for the hammering death of another... 6 A family clan accepts 9 years in prison for drug trafficking 7 German prosecutors investigate 3 rail workers in connection... 8 Russian troops accused of sexual violence in Ukraine... 9 The Madrid employers warn of the "devastating... 10 The REE group, the electricity system operator, changes... 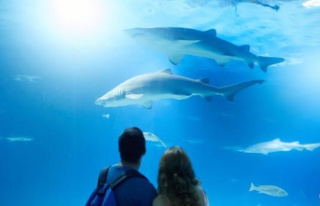 The Oceanogràfic de Valencia, among the five favorite...