The Council of Statutory Guarantees (CGE) considers that the Proposal for a Law on the use and learning of official languages ​​in non-university education, a regulatory proposal registered in the Parliament of Catalonia by PSC, ERC, Junts and the commons, does not violate the Constitution. 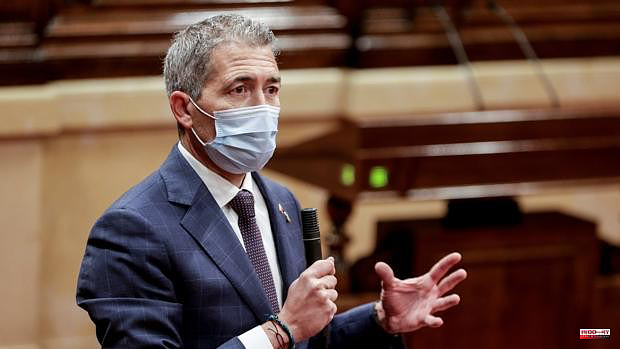 The Council of Statutory Guarantees (CGE) considers that the Proposal for a Law on the use and learning of official languages ​​in non-university education, a regulatory proposal registered in the Parliament of Catalonia by PSC, ERC, Junts and the commons, does not violate the Constitution. This is stated by the advisory body of the Generalitat in its opinion, released this Tuesday, after the request made jointly by Vox, Cs and PP.

It could not be otherwise. Catalan legislation cannot prevent Spanish from being the vehicular language, although it is not explicitly stated, since this is what the jurisprudence of the Constitutional Court (TC) determines, is what the CGE recalls. This is how it leaves it black on white in its opinion 3/2022 signed by all its members.

In this way, although the opinion of this body is not binding, the green light is given so that this week the parliamentary plenary approves the norm.

The CGE, in its opinion consulted by ABC, recalls that the legal basis 24 (FJ24) of the judgment of the TC 31/2010 (collecting previous judgments) establishes that omitting from an autonomous norm that Spanish is not a vehicular language (as points out the law of official languages ​​of Catalonia proposed by the nationalist groups and the PSC) is not, in turn, unconstitutional, because this does not imply the exclusion of Spanish as a teaching language.

The FJ24, among other things, states that Catalan and Spanish "have to be not only the object of education, but also a means of communication in the educational process as a whole, it is constitutionally required that the two co-official languages ​​be recognized by the competent public powers as vehicles, being in such terms the individuals entitled to receive education in any of them. Although the literal nature of this part of the FJ24 does not appear in the opinion of the CGE.

In the same way, the advisory body of the Generalitat recognizes that "the provision of the curricular use of a language (as defined by the autonomous law proposal for Spanish) supposes recognizing the possibility that it extends over all this set of elements that make up the system educational" and considers the holistic system valid, which would mean accounting for the use of Spanish outside of regulated hours and accepting as good the model defended by the Síndic de Greuges so that it takes into account, for example, the use of Spanish in the patio and in the dining room.

Likewise, the CGE rejects the need for the regulations evaluated to include a specific percentage of Spanish, 25 percent, as the Superior Court of Justice of Catalonia (TSJC) has ordered the Generalitat in schools with the current regulations and without need to modify it, and defends, in tune with the TC and the rest of the courts, that Catalan can be the "center of gravity of the educational system", as long as it requires a process of linguistic normalization, and does not exclude Spanish as a vehicular language .

Vox, Cs and PP presented to the CGE the request for an opinion to hinder the rush of the groups that signed the bill, which requested urgent processing and single reading, to prevent the rule from serving as support in the response of the Ministry of Education to the order of the TSJC in the forced execution of 25 percent of Spanish. After paralyzing the processing for just over a week, PSC, ERC, Junts and the commons will approve the rule in the next plenary session of the regional Parliament.

1 Madrid will have 2,000 new affordable rental homes... 2 The PPdeG urges the opposition to overreact to devalue... 3 The Oceanogràfic de Valencia, among the five favorite... 4 The Watchtower of Ciudad Real will be the scene of... 5 Los 40 dance, 'Funambulista' and Dani Fernández,... 6 Special services of the Valencia Metro tram from Wednesday... 7 They arrest a man for the hammering death of another... 8 A family clan accepts 9 years in prison for drug trafficking 9 German prosecutors investigate 3 rail workers in connection... 10 Russian troops accused of sexual violence in Ukraine... 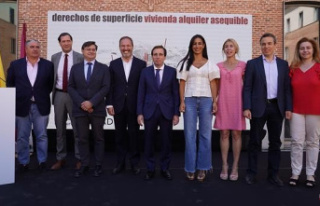