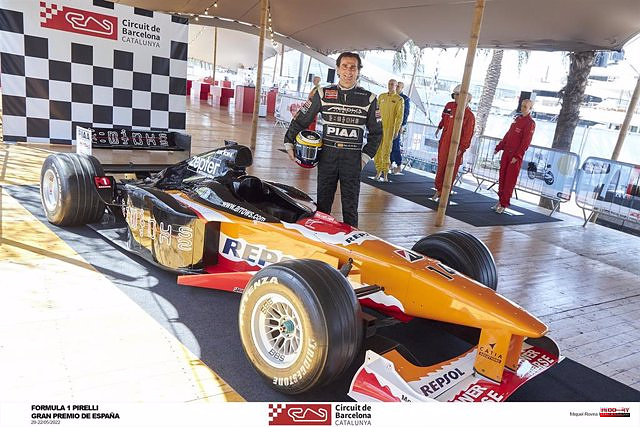 De la Rosa visited the Arrows with which he competed in the Formula 1 World Championship in 1999 and dressed in his overalls he recalled his debut, being a pilot again for a moment and recalling his struggles with Michael Schumacher, Mikka Häkkinen, Damon Hill, Jean Alesi, Jacques Villeneuve or the also Catalan Marc Gené, among others.

At the 1999 Spanish Grand Prix, Pedro de la Rosa recorded an 11th position in an exciting but also difficult year for him. "We were training in Barcelona and I had to face the starting driver, Mika Salo, to try to make a record similar to his," the Barcelona native recalled.

"I remember that everyone told me that I should know the Circuit very well, since it was the one from home, but I told them that since 1991 I had not competed in this circuit, although I made my debut there with Formula Renault. I remember that moment with beastly nerves. Thanks to a great time with this car I was able to race the following year", celebrated De la Rosa, in statements provided by the Circuit.

He surprised by scoring in his first race, held in Australia, achieving a sixth position. Despite this, from that moment the year was complicated for him. "Australia was one of the few races that we finished. There was not much budget in the team and a series of mechanical failures arose and we had to take advantage of that first race, with everything new, to get a point," he added.

The fans that visit the 'Village Barcelona

The space that decorates the Moll de la Barceloneta is a joint initiative of the Barcelona City Council, the Generalitat de Catalunya and the Circuit to make the F1 Grand Prix live throughout the city and that it is impregnated and lives the great events. Pedro de la Rosa's stop by this location is proof of this, offering first-hand this real connection with Formula 1.

1 Liberal MP Marwah Rizqy is pregnant 2 Russia claims to have destroyed weapons sent by the... 3 A good test for the defense of CF Montreal 4 Grenoble ignites the controversy with the approval... 5 Leafs veterans want to be back 6 A superb individual honor for Patrick Roy? 7 National Day: Roxane Bruneau, Sarahmée, Patrice Michaud... 8 The Amorebieta does not look beyond Cartagonova 9 The butane cylinder has risen today to 19.55 euros,... 10 With its Youth Pass, La Banque Postale offers ten... 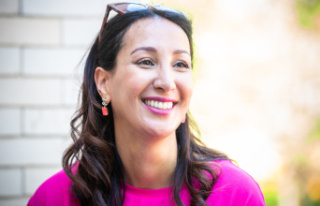