Patrick Roy is one of the general managers of the Quebec Major Junior Hockey League (LHJMQ) in the running for the Maurice-Filion trophy, awarded annually to the GM of the year.

Patrick Roy is one of the general managers of the Quebec Major Junior Hockey League (LHJMQ) in the running for the Maurice-Filion trophy, awarded annually to the GM of the year.

• To read also: All the intensity of Michel Bergeron in “Bergie”

The Courteau circuit announced the candidates for the 2021-2022 season on Tuesday. In addition to the GM and head coach of the Quebec Remparts, the other leaders in the race are Jim Hulton (Charlottetown Islanders) and Stéphane Julien (Sherbrooke Phoenix).

The three men showed great building skills by drafting and obtaining several key players from their respective teams through trades.

As for Hulton, the Islanders have slipped into second place overall in the QMJHL standings with a 48-13-7 record. The 53-year-old was the recipient of the Maurice-Filion trophy during the 2020-2021 campaign.

As for Julien, the Phoenix ended its regular season with 46 wins and took first place in the Western Conference. The general manager was the architect of a rapid rebuilding of his side which finished 16th last year.

The Maurice-Filion trophy has been awarded since the 2005-2006 campaign and was named in honor of the former Remparts coach who led between 1969 and 1972.

1 National Day: Roxane Bruneau, Sarahmée, Patrice Michaud... 2 The Amorebieta does not look beyond Cartagonova 3 The butane cylinder has risen today to 19.55 euros,... 4 With its Youth Pass, La Banque Postale offers ten... 5 Here everything starts from May 18: nothing goes between... 6 The Government modifies the spending limits for the... 7 Brussels inspects by surprise fashion companies in... 8 Ramon Sotomayor, new CEO of the Antolin group 9 Attacks of November 13, 2015: the singer of Eagles... 10 PSG: "His religious convictions must be respected",... 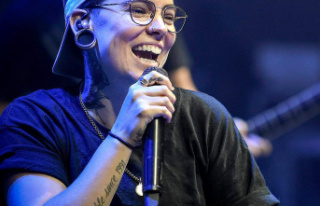