The Amorebieta does not look beyond Cartagonova

Under a blazing sun, which serves him well to acclimatize to what awaits him on Saturday in Cartagena, Amorebieta works tirelessly in Urritxe to prepare what could be his last accurate bullet to keep alive the options of fighting to stay for a season. 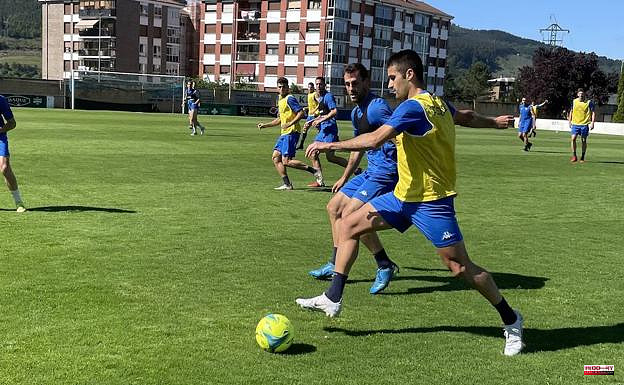 Under a blazing sun, which serves him well to acclimatize to what awaits him on Saturday in Cartagena, Amorebieta works tirelessly in Urritxe to prepare what could be his last accurate bullet to keep alive the options of fighting to stay for a season. more in Second Division. A fight that has become extremely complicated over the past weekend, in which the Blues went from joy to disappointment in just twenty-four hours.

Their remarkable victory against Huesca on Saturday in Lezama, the fourth consecutive for Haritz Mujika's men at home, numbers that few teams have managed to match throughout the course, left them just two points away, closer than ever to the objective. However, the double blow came on Sunday, with the triumphs of Sporting and Málaga, who prevailed in their respective duels and took a huge step towards salvation, leaving the zornotzarras once again five points behind, on the wing and pending an increasingly fixed thread.

Mathematics is the burning nail that Urritxe's men cling to with all their might, aware that their options have been reduced to a minimum. What the blues are not going to do is throw in the towel, far from it. They have not done it in the most complicated moments of the season and even less so now that they still have a gap to achieve a permanence with dyes of a miracle.

The only thing on his mind is to achieve what would be his second away victory of the season at Cartagonova to add three gold points. But even this could not be enough to ensure one more day of life in case their direct rivals score. Win and hope that the rest of the markers join in on a Saturday that promises strong emotions in a new 'day of transistors' in the most classic style of lifelong football. The one that well represents Amorebieta in a Second Division full of giants. The denouement will take place around ten at night.

"As long as mathematics does not say otherwise, we are going to continue fighting", launches Lander Olaetxea. The blues are going to sell their skin very expensive, of that there is no doubt. «We must go out to look for the three points from the beginning, to look for his goal. We only think about that », highlights the one from Abadiño. "We are going to Cartagena to win, and then to wait for the rest of the results, to see if they help us or not."

Despite the difficulties, the good atmosphere is the dominant trend within Urritxe's locker room. On the green, Haritz Mujika and his troops are preparing hard for the assault on Cartagonova this Saturday against a rival who no longer has aspirations in the table but who, in the event of a victory over the Zornotzarras, would reach their second best ranking in Second Division history . In addition to saying goodbye to his fans with a victory, which always leaves a better taste in the mouth.

Intensity, pressure and speed in the circulation of the ball have been the main exercises carried out by the Blues in this Tuesday's session, in which neither Óscar Gil nor Jon Irazabal have been with the group. Gil has been exercising with the physios to finish recovering from the discomfort that made him leave the match against Huesca early. For his part, Irazabal has barely set foot on the pitch with knee problems.

However, it does not seem that either of the two, fixed on the defensive network of the Pasajes coach, will have problems traveling to Cartagena on Friday, where Amorebieta will hold their last preparatory session in the evening before a duel in which , once again, they risk their lives.

1 The butane cylinder has risen today to 19.55 euros,... 2 With its Youth Pass, La Banque Postale offers ten... 3 Here everything starts from May 18: nothing goes between... 4 The Government modifies the spending limits for the... 5 Brussels inspects by surprise fashion companies in... 6 Ramon Sotomayor, new CEO of the Antolin group 7 Attacks of November 13, 2015: the singer of Eagles... 8 PSG: "His religious convictions must be respected",... 9 Business dispute: ex-CH player Stéphane Quintal will... 10 Girmay, the black jewel makes history in the Giro 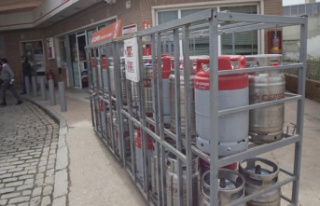