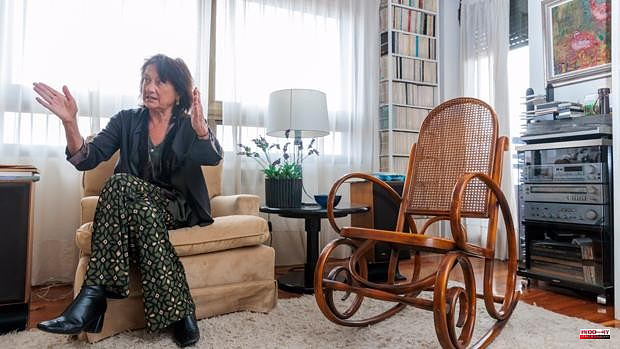 "With pure resignation." This is how Elisa Delibes, president of the Foundation that bears the name of the Valladolid academic and novelist, and one of her daughters, confessed a few months ago that she experienced the lack of progress towards the realization of a permanent headquarters. The project was stalling during the last legislature, truncated after the rupture of the pact between PP and Ciudadanos. After the inauguration of the new team of the Ministry of Culture and Tourism, with Gonzalo Santonja at the helm, last Thursday the meeting of the Foundation's board of trustees took place, a meeting from which Elisa Delibes left with "exciting expectations", she admitted. to ABC hours later.

The reason is none other than the commitment of the renowned Culture team to speed up the house-museum project as much as possible.

"They conveyed to us the idea that they wanted to go a little faster than it had gone until now," explains its president, who values ​​positively that the councilor himself wanted to join the meeting, as well as the deputy councilor Mar Sancho, who already had news of the same for her time as general director of Cultural Policies, when two legislatures ago she was in charge of the department Josefa García Cirac. As detailed by Elisa, the Ministry summoned the director of the Foundation, Fernando Zamácola, to meet "in two weeks at the most" to continue delving into the details, a step that has once again awakened the illusion of seeing an initiative that has become a reality. The then mayor of Valladolid and president of the Board, León de la Riva and Juan Vicente Herrera, committed themselves days after the writer's death: «That's why I simply think they almost owe us (...). Not because we think that our father is more than anyone, but because there is a background that almost forces them to do so, ”he declared in the interview with this newspaper on the twelfth anniversary of the author's death.

In the words of the new managers, Elisa sees "something more effective", and details that in the same meeting the City Council promised to update the Board on "all legal and legal issues" to advance the project. Thus, all the employers agreed to "not look back" and forget "some very bad years in every way." Sources from the Ministry of Culture confirmed to ABC its words, as well as the good harmony in which the meeting of the board of trustees had taken place, in which the 2021 accounts were also approved.

1 Dordogne: He steals a machine for construction from... 2 Agglo de Rochefort: Change in the Executive 3 These are the new tobacco prices published by the... 4 Ukraine: Catherine Colonna, the Foreign Minister of... 5 Champions League: Liverpool "left the wild",... 6 Gironde: a house fire in Cadillac-en-Fronsadais 7 Social support CAF: 18-months of delays in processing... 8 Consumption. Discover the top 30 French brands that... 9 A motorcyclist, serious when being run over by a vehicle... 10 Income Statement in Valencia: the Generalitat offers... 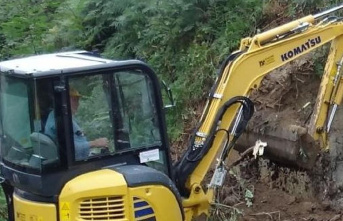 Dordogne: He steals a machine for construction from...