Coupe de France: proud, cosmopolitan, penniless... the women's team of Yzeure challenges that of PSG in the final

It's a story like only the Coupe de France is full of. 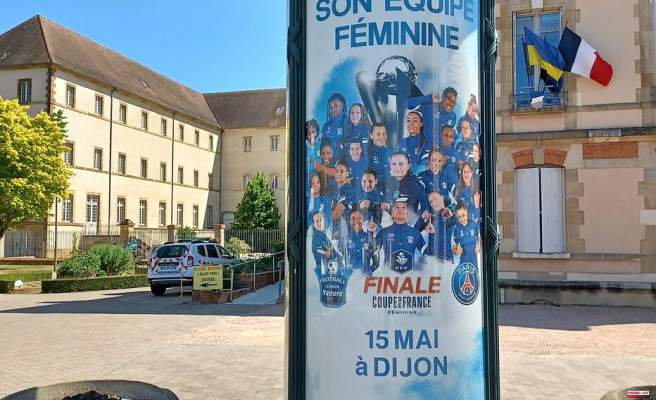 It's a story like only the Coupe de France is full of. The one you never tire of reading or writing. We talk about poor and rich, crazy hopes or epics. It's old and beautiful like football. And now it is also available for women. Because for once, the term fairy tale is of the right kind.

Faced with the stars of PSG in the final of the Coupe de France, this Sunday in Dijon, the residents of Yzeure (Allier) will advance. They evolve in D2. But in women's football, a division gap is beyond the abyss. It is enough to attend a training session of the Yzeuriennes to be convinced of this. We are not in football from below but squarely in that from below.

The girls train at the Bellecombe stadium, which wears its first two syllables badly. The locker room is tiny with squat toilets and dirty walls. In fact, everything is small, so small. We almost expect to see Patrick Dewaere appear in a scene from "Coup de tête", the Guy Roux of the 1970s or Michel Platini in the jersey of Nancy.

At the Bellecombe stadium, time seems frozen in black and white. Like a decrepit museum where you have to prepare well for the present. “And again, smiles Dominique Darnet, the president of the club. A tile was installed in the showers two weeks ago. Otherwise, it had been years since there had been a lick of paint. In the parking lot, barely a dozen cars are parked, including those of leaders and volunteers. The majority of players come to train five times a week on their bikes. Summer, like winter.

The one who leads everyone is called Ophélie Melleroux. She would be a man, she would be a star with her 67 selections for the France team and her World Cup semi-final in 2011. Here, she has long taken care of everything on a voluntary basis, saving, with her cap as deputy president , the bankrupt club during the health crisis. And agreeing to take, in addition, the reins of the team last February. "At home, the girls know that the working conditions are unworthy but they also unite a group," she admits. Comfort is not to be found in Yzeure. »

Along the handrail, Dominique Darnet finds it difficult to hide his admiration for the performances and the mentality of his daughters. Besides, he doesn't have much else to offer them. The annual budget? 270,000 euros. Not even what costs PSG its biggest salary, Kadidiatou Diani.

And as for salaries, it is better to smile: only three federal half-contracts royally receive 585 euros net monthly. Seynabou Mbengué, the Senegalese striker of the team and author of a double against Nantes in the semi-final (2-1), is part of the lot. She doubles this modest nest egg by working at McDonald's in order to pay her rent of 400 euros.

Around her, the team looks like a Spanish inn. Many nationalities rub shoulders there: Cameroonians, an Israeli, a Togolese, a Canadian, a Haitian, a Portuguese and a few French women. Not a choice but an obligation of survival.

As much insertion as football

Yzeure is the myth of Sisyphus in football version. In Greek mythology, the convict had to eternally roll a large rock to the top of a mountain, before it then rolled down the slope. In Yzeure, the torture is different. Almost every year, there is a need to rebuild the workforce. “Last year, we had to recruit twelve new players, explains Ophélie Meilleroux. It is extremely tiring not to build over time. »

Yzeure does not offer money but visibility to a number of foreign girls arriving in the Allier in the hope of being noticed by a D1 club. “It’s the game, notes Dominique Darnet. We operate our network all over the world. But the deal is clear: if you come, you work next door”. And then we try to find jobs for everyone so that the girls get their residence permit. It's as much insertion as football. »

The head of the gondola of this cosmopolitanism in crampons is called Christine Manie. At 38, the Cameroonian has been the team's captain for almost two years. In her country, she is a star with two participations in the World Cup, one at the Olympic Games and six at the African Cup.

She smiles all the time and refuses to complain. "Of course the locker room is very small, of course everyone has more money than us," she admits. But this lack of comfort forces us to surpass ourselves. I said one more thing to the girls before meeting PSG: Since we have nothing, we will show who we are. We have come from too far away to be afraid and no longer be hungry. This final, we will really try to win it. Because we are proud! »

1 Montpellier-PSG: "We will do everything to make... 2 Boxing: Tony Yoka loses the first fight of his conquest... 3 Montpellier-PSG (0-4): author of a double, Messi makes... 4 Montpellier-PSG (0-4): Paris is not yet on vacation 5 High energy costs: Cities save on street lighting 6 Ligue 1: Monaco is the new dolphin of PSG, Nice is... 7 Ligue 1: Bordeaux-Lorient interrupted a few minutes... 8 The government party in Sweden backs its accession... 9 Russia refuses to negotiate the release of the 10 Minute of applause for Emiliano Sala in Nice after... 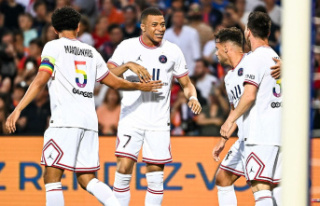 Montpellier-PSG: "We will do everything to make...