Russia refuses to negotiate the release of the

Russia today refused to negotiate the possible release of Ukrainian fighters from the nationalist Azov battalion who have been barricaded for several weeks in the Azovstal steelworks, calling them "war criminals. 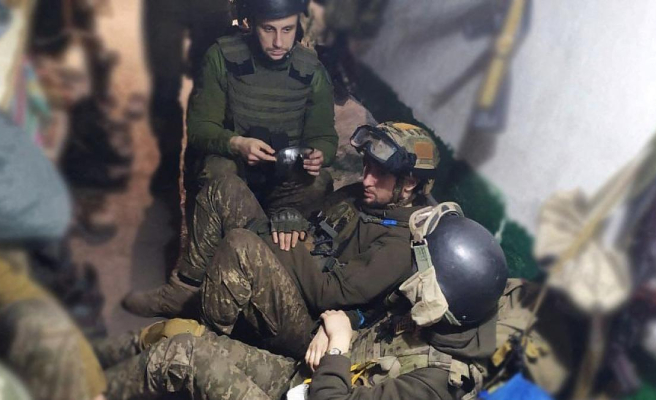 Russia today refused to negotiate the possible release of Ukrainian fighters from the nationalist Azov battalion who have been barricaded for several weeks in the Azovstal steelworks, calling them "war criminals."

"Making Azov war criminals the object of political negotiations is blasphemy in relation to the history of 1941," when Nazi Germany invaded the Soviet Union, Vladimir Medinski, Russia's chief negotiator, said today on his Telegram channel.

Medinski considered it wrong and inappropriate to compare Azovstal with the resistance of the defenders of the fortress of Brest (Belarus) in the face of the unstoppable advance of Hitler's troops.

The Russian negotiator wondered if those Soviet soldiers had used human shields, shot civilians in the back, traded civilians for food and medicine, addressed the international community to the Vatican, or agreed to be evacuated to other countries with the promise not to fight with the enemy.

When he talks about war crimes, Medinski refers to the "genocide", as Moscow calls it, committed over the last eight years by the Ukrainian Army against the civilian population of Donbas.

When announcing the Russian "special military operation" in Ukraine, the head of the Kremlin, Vladimir Putin, used the "denazification" of Ukraine as one of the arguments, while calling the neo-Nazis "bastards".

Turkey has shown its willingness to welcome the combatants who are in the metallurgical plant in the port of Mariupol (Sea of ​​Azov), among whom there would be more than a thousand wounded.

In fact, a group of relatives of the fighters, mostly wives, traveled to Turkey to meet with its president, Recep Tayyip Erdogan, whose country has already hosted negotiations between the two sides.

This week the former presidents of Ukraine, Leonid Kuchma, Victor Yúschenko and Petro Poroshenko, appealed to the international community to save those who still resist in the steel mill, where they said that there is still a group of civilians.

In their letter they ask "to help the Ukrainian authorities with all available diplomatic resources to save the lives of Ukrainian civilians and soldiers whom Russia is trying to eliminate on the orders of (Russian President Vladimir) Putin, with barbaric methods in the compound of the Azovstal plant".

Although Putin ordered to suspend the assault on the plant, the bombing is intense, according to the Ukrainian authorities.

According to a Mariúpol councilor reported on Telegram, Russian soldiers used white phosphorous bombs in the struggle for control of the city in the Donetsk region. EFE

1 Minute of applause for Emiliano Sala in Nice after... 2 Martial Daum Words: The Incredible 1992 Masterpiece... 3 Ligue 2: winner of Grenoble (2-0), Paris FC will receive... 4 Juanpe López's agonizing resistance to save... 5 "They took my life", the former Stéphanois... 6 Montpellier-PSG: with Bernat, Kehrer and Herrera as... 7 Betclic Elite: the future of basketball in Boulogne... 8 Handball: PSG returns to the ordinary in the Coupe... 9 "I no longer believed in it, it's magnificent",... 10 Mercato: it's confirmed, Lewandowski wants to... 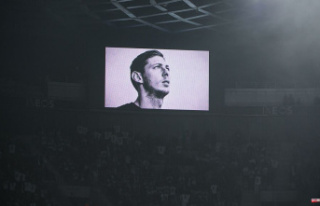 Minute of applause for Emiliano Sala in Nice after...