Ligue 1: Bordeaux-Lorient interrupted a few minutes after throwing toilet paper on the ground

The "show" came from the stands. 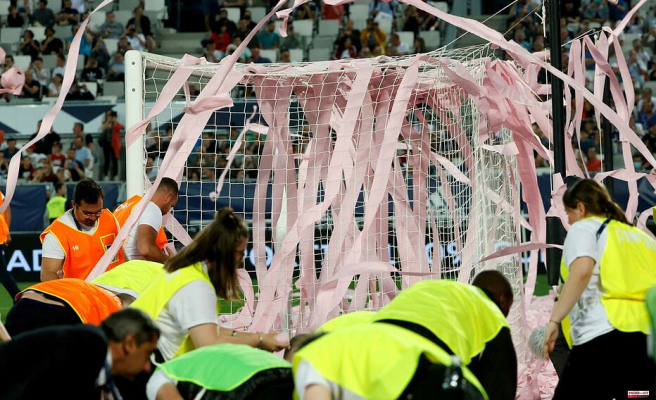 The "show" came from the stands. The match between Bordeaux and Lorient, tasteless in the first half, was interrupted six minutes by referee Ruddy Buquet after a massive throw of toilet paper rolls into the area of ​​​​Breton goalkeeper Matthieu Dreyer.

Echoing a banner unfurled just before that read "Players: poor hygiene, no respect, you're making us puke", the Ultramarines threw thousands of rolls of toilet paper in front of Dreyer's goal, chanting "You are shits! ” to the address of the Girondins.

After the stewards intervened to clean up the Lorient surface, the match was able to resume after six minutes of stoppage time with the score still nil and goalless.

Bordeaux supporters, who risk relegation to L2, had shown their anger when the Girondins coach arrived, requiring the intervention of the police and the use of tear gas. Gathered outside the Matmut Atlantique stadium to await the arrival of their players, around 200 Ultramarines rushed to an adjacent car park as soon as they learned that the route of the coach carrying the players had been changed.

They were dispersed by tear gas fired by the police, which allowed the Bordeaux coach to enter the stadium. The tension subsided after about ten minutes. As both teams warmed up, the South Bend greeted David Guion's players under the whistle, unfurling a banner that read "You are the shame of our 140 year history!" »

Bordeaux, current bottom of L1, will be relegated to L2 next weekend, unless an extremely favorable combination of circumstances.

1 The government party in Sweden backs its accession... 2 Russia refuses to negotiate the release of the 3 Minute of applause for Emiliano Sala in Nice after... 4 Martial Daum Words: The Incredible 1992 Masterpiece... 5 Ligue 2: winner of Grenoble (2-0), Paris FC will receive... 6 Juanpe López's agonizing resistance to save... 7 "They took my life", the former Stéphanois... 8 Montpellier-PSG: with Bernat, Kehrer and Herrera as... 9 Betclic Elite: the future of basketball in Boulogne... 10 Handball: PSG returns to the ordinary in the Coupe... 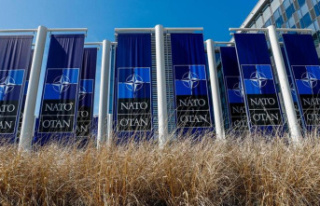 The government party in Sweden backs its accession...