Montpellier-PSG (0-4): Paris is not yet on vacation

Between two teams with destinies already mapped out in this championship, talent and renewed motivation made the difference this Saturday evening at La Mosson. 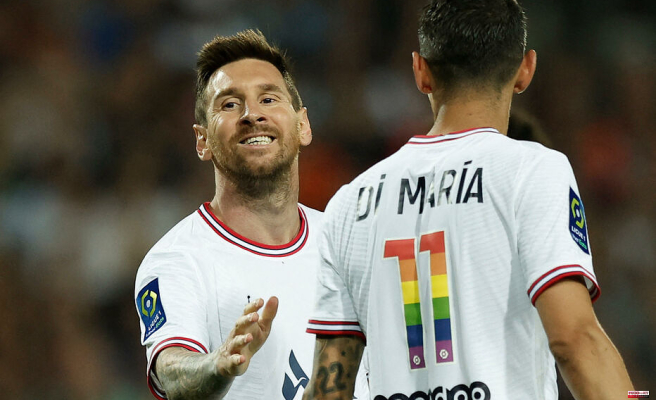 Between two teams with destinies already mapped out in this championship, talent and renewed motivation made the difference this Saturday evening at La Mosson. And what talents! When Messi and Mbappé evolve at this stratospheric level, all you have to do is sit back and enjoy the show.

This is what Mauricio Pochettino chose to do, often sitting on his bench when Olivier Dall'Oglio, his Hérault counterpart, tried in vain to adjust his tactics and replace his men. But it would have taken a lot more determination, accuracy and less largesse to stop the Parisian furia.

When Montpellier had chosen to look behind and celebrate its formidable team of 2012 champions of France, Paris was looking ahead where the 2018 world champion and the seven-time Ballon d'Or offered a recital. Well helped it is true by a Di Maria who keeps saying subliminally to his leaders: "What are you waiting for to extend me? »

Mbappé played the role of passer and Messi that of scorer

In a mirror effect of the Clermont scenario a little over a month ago (6-1 victory), Mbappé this time played the role of passer and Messi that of scorer. It's been a long time since we've read such frank and bright smiles on the face of the Argentinian, author of a double and a game finally in line with his legend.

With 2 additional assists, 17 in total over the season, the Frenchman establishes his domination at the top of the ranking of the best passers in the championship, 4 lengths ahead of a certain Messi. Bondy's crack will probably no longer be joined in this exercise. This is less true for the scorer classification, where Ben Yedder, with his hat-trick against Brest, comes back to one unit and puts him under hellish pressure.

Mbappé, penalty scorer and certainly crowned best player in Ligue 1 this Sunday evening during the UNFP Trophies, will therefore have to whip on the last day of the championship not to be robbed of this title, anything but symbolic. You had to see him furiously hitting an advertising panel after a lost face-to-face with Bertaud, the Montpellier goalkeeper, to measure that it would not make him laugh at all to have his hair done on the wire. The requirement guides him, and Souquet who rowed the whole match to try to contain his assaults, can testify to this.

We will not say the same about Wijnaldum who again went through this match – not the most complicated yet – like a ghost. The enigma surrounding him thickens. And finally, we are still a little worried about Donnarumma, authors of very random exits and reminders. It's time for the Italian goalkeeper to clear his head and put this bad month of March behind him for good. For Paris, it will be a question of confirming against Metz, on the final day, and of shedding some light on a season which has been singularly lacking in it.

1 High energy costs: Cities save on street lighting 2 Ligue 1: Monaco is the new dolphin of PSG, Nice is... 3 Ligue 1: Bordeaux-Lorient interrupted a few minutes... 4 The government party in Sweden backs its accession... 5 Russia refuses to negotiate the release of the 6 Minute of applause for Emiliano Sala in Nice after... 7 Martial Daum Words: The Incredible 1992 Masterpiece... 8 Ligue 2: winner of Grenoble (2-0), Paris FC will receive... 9 Juanpe López's agonizing resistance to save... 10 "They took my life", the former Stéphanois... 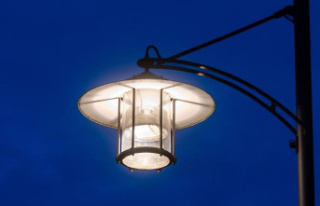