Colombia launches to vote in presidential elections marked by polarization

All the dates are fulfilled and today Colombians go out to vote for their new president, in what is considered one of the most complex, surprising and polarizing electoral days that the country has had. 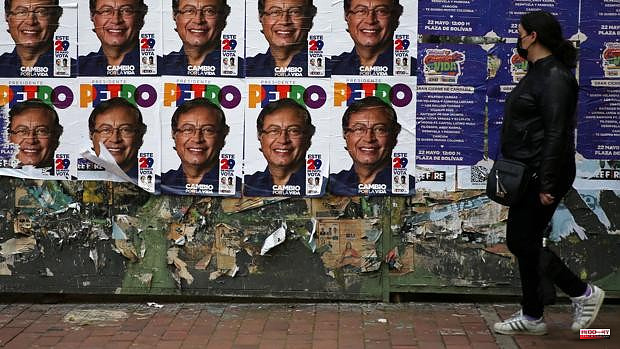 All the dates are fulfilled and today Colombians go out to vote for their new president, in what is considered one of the most complex, surprising and polarizing electoral days that the country has had. It is enough to see the candidates and what they represent to understand a little better the feelings of the 39,002,239 Colombians qualified to define in this first round who will be the president for the period 2022-2026 or, if none achieves 50 plus one of the votes valid deposited, the two names that will compete for the House of Nariño in the second round of next June 19.

Until last Friday night, while the logistics of the National Registry was in charge of setting up tables, ballot boxes and all the paraphernalia of the 102,152 voting stations in the country - abroad, 1,372 tables were set up in 203 voting stations in 67 countries-, three of the four candidates with an option were engaged in another televised debate in triple A schedule, with the hope of catching the undecided who today can give them the best chance of winning the presidency.

The left-wing candidate plans to win it in this first round, which would be a historic victory, while Federico Gutiérrez, the right-wing candidate, aspires to obtain one of the two passes for the second round on June 19.

The 'vote-finish' of the day will be borne by Gutiérrez and Rodolfo Hernández, the 'outsider' who promises to end corruption and presents populist proposals that charm thousands of disheartened Colombians who are fed up with the traditional political class. Although in 2018, with the triumph of Iván Duque and the return to power in the form of Uribismo, it was predicted that if he made a bad government he would hand the presidency to his contender Gustavo Petro on a silver platter, no one could imagine the dimension that it would acquire. that prediction, much less the fears or the determination of Colombians to obtain a change.

The country of that time is far from being the same. The social protests of 2019 and 2020, with an unusual role for young people and the excesses of the public force in the face of acts of vandalism and many others that were not, uncovered the pressure cooker that had been cooking in many regions of the country and , above all, in the main cities of Colombia. The conflict stopped being far away, in the territories, to move to the cities.

All of the above, compounded by the economic and social crisis derived from the pandemic, local pressure due to the arrival of millions of Venezuelans, the government's inability to translate open spaces for dialogue into actions to achieve consensus and concrete changes and not simple solutions. unilateral. It is not surprising, then, that this presidential campaign has been so aggressive and stigmatizing.

There is tension in Colombia and, as if that were not enough, voters go to the polls amid scandalous and unproven announcements of possible manipulation of the results. The poor work of the Registry will be compensated with thousands of observers arranged by the parties and by international missions, including the European Union, the Organization of American States (OAS), the International Foundation for Electoral Systems (Ifes), the Advisory Center and Electoral Promotion (Capel), Electoral Transparency, International Institute for Democracy and Electoral Assistance (International Idea), and the Association of World Election Bodies (A-WEB).

What is at stake in Colombia? The ability to make profound changes without ending the institutional framework and, incidentally, unleash new violence that deepens the social and economic crisis that the country is going through despite post-pandemic growth rates. According to figures provided by the National Department of Statistics, in 2020 the poverty rate stood at 42.5%, with 21.2 million people living in that condition, and 7.4 million Colombians surviving in poverty. extreme. In 2021, with the start of the economic recovery after the pandemic, the figure dropped to 39.3%, leaving 20 million people in monetary poverty, and six million in extreme poverty. Annual inflation reached 9.23% last April, the highest in 21 years, which will do little to reduce poverty figures.

In addition, whoever is elected today or on June 19, will have to face the strengthening of the ELN guerrilla, the growth of the FARC dissidents and the multiplication of criminal gangs. The increase in violence translates into 850 social leaders assassinated so far during Duque's mandate; 187 massacres between 2020 and 2022, to which are added 44 that occurred in 2022, with a cut to last May 25, according to figures provided by Indepaz. For the Electoral Observation Mission, these elections are the most violent in the last decade, where a third of the country's municipalities (375) may see the electoral process affected by acts of violence.

To address this reality, the Government decreed a dry law from Saturday at six in the afternoon and extended it until tomorrow, Monday at noon. He arranged for 221,000 uniformed personnel to guard the polling stations, and 80,000 more will be available as reinforcements. In addition, there will be areas of the country under special surveillance: Urabá, Bajo Cauca, Magdalena, the northeastern regions of Catatumbo and Arauca, the Pacific Cordon, the northeastern Amazon, the Sierra Nevada del Perijá, and the cities of Yopal and Villavicencio.

1 The escalation of the Euribor anticipates another... 2 Better today than tomorrow to bet on the new work? 3 The war in Ukraine puts the real estate sector on... 4 The clean solution with Spanish DNA to end space debris 5 Barcelona promotes the logistics alliance between... 6 The new battle for global hegemony is fought in the... 7 The insurance industry plunges into uncharted territory 8 «Has it been worth going back to Spain? This is the... 9 The Government contracted masks with surcharges of... 10 "I alerted King Juan Carlos of the risks of his... 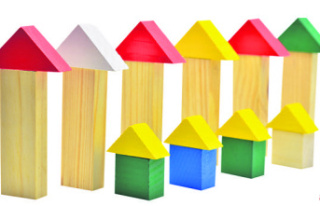 The escalation of the Euribor anticipates another...