The war in Ukraine puts the real estate sector on alert

In an environment of rising construction costs, the outbreak of the conflict between Ukraine and Russia has only made the problems of scarcity and overpricing of supplies necessary for residential construction to continue to support the Spanish economy, as we are perceiving during the celebration of the Real Estate Exhibition of Madrid that is being held these days at IFEMA. 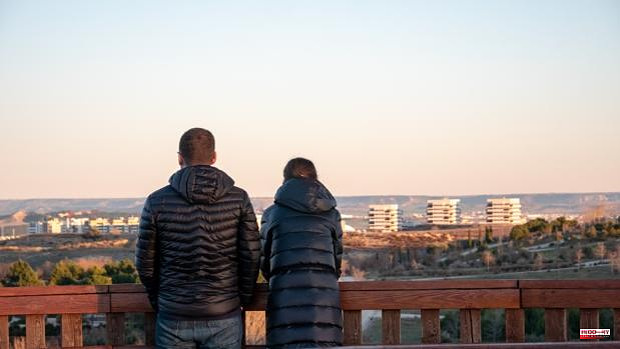 In an environment of rising construction costs, the outbreak of the conflict between Ukraine and Russia has only made the problems of scarcity and overpricing of supplies necessary for residential construction to continue to support the Spanish economy, as we are perceiving during the celebration of the Real Estate Exhibition of Madrid that is being held these days at IFEMA. "The war has put the finishing touch to a situation that had been generated in the last months prior to the war, since the rise in raw materials has been generalized since the summer of 2021," says Miguel Córdoba, professor of Economics and Finance. For Alicia Coronil, chief economist at Singular Bank, the war situation "has generated the biggest shock to commodities since the oil crises of the 1970s."

Bottlenecks in the export chain from Russia, a producer of key metals such as copper, aluminium, palladium, platinum and nickel, used to make stainless steel, have narrowed. In addition, high energy costs affect production levels. In this sense, the war in Ukraine could lead to a more intensive use of EU funds to ensure energy supply. Josep María Raya, professor at Pompeu Fabra University (UPF) reveals that "the rise in energy prices decisively affects materials such as cement and ceramics", two essential ingredients that Santiago Carbó, professor of Economics the University of Granada and director of Financial Studies at Funcas, adds steel and glass.

There is no direct correlation between war and inflation, but the conflict has reinforced a phenomenon that was already a reality. "Although it is true that the escalation of inflation began a few months before the start of the war in Ukraine, the consequences derived from it have contributed to accelerating it," emphasizes José María Basañez, president of Tecnitasa. Coronil recalls that "the Spanish economy already showed inflation rates above the average for the Eurozone and the main Member States such as Italy and France", but the hostilities "have helped to consolidate an inflationary phenomenon that emerged when logistics cost more than expected to restart to meet the demand that was returning to normal after leaving behind the worst of Covid, confirms Raya. We cannot forget, recalls Julián Salcedo, doctor in Economics and president of the Forum of Real Estate Economists, that «the construction costs of a house do not weigh when calculating the CPI, because they are intermediate goods, with food and fresh products being the most important , in addition to energy.

The worst enemy of the sector at the moment is uncertainty. For the moment, developers are reducing margins, but if the situation becomes unsustainable, they will have to pass on the increase to clients or stop projects. “The rise in construction costs has caused a break. It is estimated that around 30% of the current works, and 40% could do so in the future”, indicates Coronil. In the best of cases, the delivery times for new homes will lengthen, but in the worst, we will see companies fall. Manuel Romera, director of the financial sector at IE Business School, confirms this: "If they are forced to withstand the pressure and not pass on the costs, small and medium-sized family developers will go bankrupt because they will have no cash."

In any case, the increase in the cost of flats is not new. Housing is bouncing back long before Ukraine became a tinderbox. The Real Estate Activity Registry Index for the fourth quarter of 2021 recorded a price increase of 7.39% for new homes and 7.45% for used homes. What is certain is that the warlike scenario does not help to mitigate the escalation. The forecasts for this year move in a field of great uncertainty due to the instability of the situation in Europe. Raya predicts a rise in new construction of around 5% in 2022. For his part, Salcedo points out that "developers cannot revise upwards the prices of homes sold off-plan, but they can increase the prices of new homes not sold" . This expert estimates a rise of around 3%-5.5% for deeds and 10% for those put up for sale. Carbó foresees a rise of between 3% and 4% and Córdoba places the rise for new promotions between 10% and 20%.

The used one will shoot up to 12%-15%, according to Salcedo, since when new housing becomes more expensive, part of the demand goes to second-hand supply. Carbó is more cautious and the figure between 4% and 5%, qualifying that "there will continue to be very considerable differences between large cities and the rest and between urban and rural areas." This "transfer of acquisitions to used housing causes its price to rise mimetically," Córdoba explains, estimating its escalation in 2022 between 5% and 15%. This contagion effect between typologies is also underlined by Salcedo: «The price of used housing also rises, even more so if there is a shortage of new supply, as is currently the case».

The turn of the screw to inflation that drives the conflict in Ukraine fully affects the creation of new homes through buying and selling. Raya comments that "if the evolution of wages remains below the rise in housing prices, families will be forced to rent". Purchasing demand is shrinking due to the loss of purchasing power, to which "the absence of structural reforms that allow correcting the budgetary imbalances of our country" also collaborates, indicates Coronil. The 'doping' of the economy will have its consequences, according to Córdoba: «When the stimuli are eliminated in an environment of higher interest rates and with the uncertainties of war, a country without energy resources, such as Spain, will find it difficult to maintain the State of Welfare”.

Although the buying effervescence runs out of steam, housing will continue to be an asset to hold on to. "The real estate sector is a key driver of the economy, because it generates a lot of employment, wealth and synergies," they argue from Tecnitasa. Romera points out that "people buy in a protectionist and ancestral way when they are afraid, so they always return to real estate investments."

This commitment to real estate to preserve itself from inflation will not be messy: "There will be a phenomenon of selective purchase in the areas most in demand by investors, and a stagnation of demand and sales in less desirable areas", Cordoba explains. The desire for property will remain intact, but the purchase and financing will be more expensive. Coronil affirms that "the war in Ukraine is going to accelerate the rise in ECB rates, with three possible rises this year starting in July." In any case, there will be no shortage of reasons to buy a flat, because "until the interest rate does not exceed the profitability of the rental, it will be a good deal," concludes Romera.

1 The clean solution with Spanish DNA to end space debris 2 Barcelona promotes the logistics alliance between... 3 The new battle for global hegemony is fought in the... 4 The insurance industry plunges into uncharted territory 5 «Has it been worth going back to Spain? This is the... 6 The Government contracted masks with surcharges of... 7 "I alerted King Juan Carlos of the risks of his... 8 Alberto Saiz: «The Government left the CNI in a very... 9 The disagreements between Robles and Marlaska, two... 10 Interior marginalizes the CNI in the new law against... 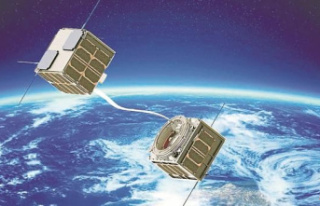 The clean solution with Spanish DNA to end space debris