Better today than tomorrow to bet on the new work?

The housing market has shown its strength. 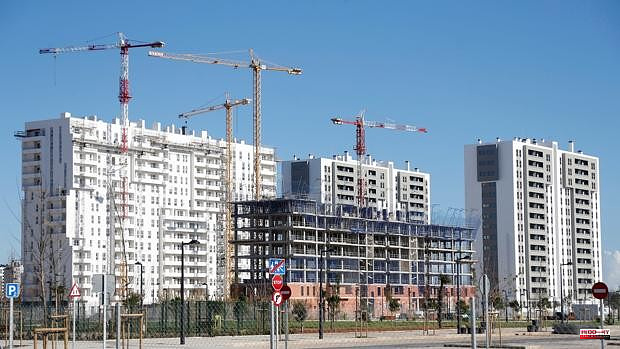 The housing market has shown its strength. The pandemic has tiptoed through an activity that closed 2021 with more than half a million sales, the highest figure in 14 years. New construction attracted demand to the point of posting a positive variation similar to second-hand construction. The difference is that the new residential developments do not have such a large offer. According to the Appraisal Society, the available stock of new housing was reduced by 39% in Madrid and 18% in Barcelona during the last year. To the scarcity we must add other circumstantial factors, such as the increase in the cost of materials; and structural, such as the scarcity of finalist land.

Likewise, the demand preferences arising from the confinement are more represented in this typology, exposing it even more to price increases.

Barely a month ago, the Bank of Spain sounded the alarm. In his Financial Stability Report he warned that the house was beginning to show signs of overvaluation. Although there is some imbalance, the numbers are not yet in the danger zone. However, the slap on the wrist by the issuing institute has raised fears of a new bubble. In 2021, or the prices went hand in hand with the buying appetite, with a rise of 6.4% year-on-year in the last quarter, according to the INE. Experts agree that the upticks will soften this year. BBVA predicts 5%, while AFI places the increase at around 4%, in line with CBRE's forecast, which estimates 3.6%. For its part, Bankinter moderates it to 1%.

However, when it comes to new housing, the latest figures break records. The College of Registrars pointed out that this typology reached an average amount per square meter of 2,025 euros in the first quarter of the year, its historical maximum. Euroval has also emphasized the increase in the cost of new construction, highlighting in its Real Estate Situation Report that the values ​​of new homes are not only above pre-pandemic levels, but also above those reached in the midst of the bubble. The appraiser admits that the average prices went from 191,656 euros in 2007 to 255,428 in 2021, 33.3% more. Only between 2019, the pre-Covid year, and 2021, the registered increase was close to 9%.

The constant revaluation experienced by new developments puts buyers in a hurry, both those who are looking for a property to live in and those who contemplate the property for investment purposes, pushing them to make decisions sooner rather than later to avoid that tomorrow their budget is stay short. On the other hand, the fact that the ECB has spent months preparing the ground for a rate hike is another element of pressure, since mortgages would no longer be so cheap.

The new residential product has been able to adapt to the needs of buyers, who throughout the pandemic have thought about what the home they really want should be like. The developers have redesigned their projects to achieve multipurpose spaces with a more functional interior distribution and have opened the houses to the outside. "Buying a home at this time is buying homes adapted to a new way of life, which has evolved with work spaces, energy savings and outdoor areas for the enjoyment of future owners," reveals Nuria Serranos, commercial director of Pryconsa. Similarly, the firm commitment to sustainability is a differential value of the new construction and an aspect to which the buyer gives more and more importance for long-term savings.

From the promoter sector they hope to continue absorbing the extra costs of raw materials and energy, but if the uncertainty remains it is likely that there will be projects that are delayed or paralyzed. For this reason, Jesús Gil Marín, CEO of Gilmar, confirms that the best time to buy a new home is now, since until now "there is an absolute guarantee in terms of maintaining sales prices and respecting quality ». Once again, housing appears as "a refuge value for families and investors who have seen that investment in housing shelters them from the loss of purchasing power due to inflation, neutralizing its effect," adds Serranos.

1 The war in Ukraine puts the real estate sector on... 2 The clean solution with Spanish DNA to end space debris 3 Barcelona promotes the logistics alliance between... 4 The new battle for global hegemony is fought in the... 5 The insurance industry plunges into uncharted territory 6 «Has it been worth going back to Spain? This is the... 7 The Government contracted masks with surcharges of... 8 "I alerted King Juan Carlos of the risks of his... 9 Alberto Saiz: «The Government left the CNI in a very... 10 The disagreements between Robles and Marlaska, two... 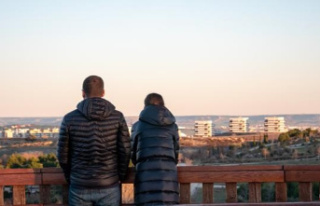 The war in Ukraine puts the real estate sector on...