The growth of inflation does not bring good news for households with variable mortgages. 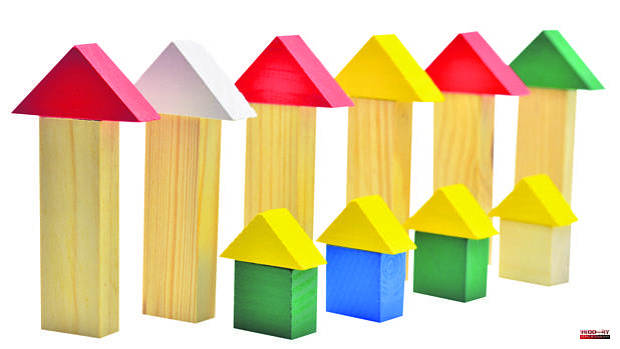 The growth of inflation does not bring good news for households with variable mortgages. Everything seems to indicate that the European Central Bank will take a step forward in its monetary policy with a rise in interest rates, while the 12-month Euribor, the indicator of most mortgages in Spain, entered last April positive (0.013%) since January 2016.

"The rise in the Euribor is due to the fact that the market discounts several increases in the ECB's intervention rate in advance," says Leyre López, an analyst at the Spanish Mortgage Association (AHE). The change in monetary policy in the world economy, with more than a decade of low or even negative interest rates, occurs in a context of factors that have distorted the world economy since 2020.

Inflation has been pressured by the logistical imbalance caused by the effects of the pandemic, in addition to the instability caused by the war in Ukraine, which has pushed up energy prices and put pressure on the world grain market.

"The behavior of the Euribor, which has been negative for the last six years, has made fixed-rate mortgages gain position in the market to become 60% of new production in 2021," says Mateo Rodríguez-Braun , product manager at Openbank. In the expert's opinion, the new situation suggests that this trend is likely to reverse due to the progressive increase in the fixed rate and the decrease in the variable rate.

"When the Euribor was negative, the banks offered fixed mortgages ahead of the variable ones because, although they earned less money in principle, they ensured a profit with this client since it was very difficult to predict how the Euribor would evolve", says Simone Colombelli, director of iAhorro Mortgages. Now that the indicator has started to rise, the strategy is the opposite, explains Colombelli. “Entities want to ‘sell’ more variable mortgages, which is why they have raised fixed ones so that users opt for the variable product,” he comments.

The increases or decreases in the Euribor only directly affect variable mortgages, that is, there is no impact on fixed mortgages. "Whether fixed mortgages go up or down depends on the offers proposed by financial institutions," says Colombelli. This lack of impact applies to existing mortgages, however, for new contracts the scenario is different, since a rise in Euribor will cause a general increase in rates, both variable and fixed, says López, of the AHE.

Given the rise in mortgages, fewer loans may be granted. However, López does not believe that the situation will lead to a general restriction. “The tightening will tend to take place gradually so that entities can continue to support households and companies through a flexible policy. The credit offer is guaranteed », he comments. At the moment, there are no signs of cooling. In fact, the number of mortgages constituted on homes increased by 18% in March compared to the same month of 2021, to add 43,378 loans, the highest figure since February 2011 and the highest in a month of March since 2010.

Colombelli also believes that a higher Euribor will not have any impact on house prices, since it will only affect the mortgage. “Housing prices depend more on demand, especially in cities like Madrid and Barcelona where it is very high, which prevents prices from falling. In the rest of the cities there is more movement since supply and demand is more irregular », he says.

Regarding the selection of a fixed or variable rate when contracting a mortgage in the midst of this context, Rodríguez-Braun, from Openbank, believes that it should depend on the current and expected future financial situation of each person. “There is no better mortgage than another, it depends on the person's risk profile and 'appetite' because in the fixed mortgage the same will always be paid, even if it is more expensive at first. There is also another intermediate option, which is the mixed mortgage, which has a fixed period, generally 10 years, and then the mortgage changes to a variable rate », he comments.

1 Better today than tomorrow to bet on the new work? 2 The war in Ukraine puts the real estate sector on... 3 The clean solution with Spanish DNA to end space debris 4 Barcelona promotes the logistics alliance between... 5 The new battle for global hegemony is fought in the... 6 The insurance industry plunges into uncharted territory 7 «Has it been worth going back to Spain? This is the... 8 The Government contracted masks with surcharges of... 9 "I alerted King Juan Carlos of the risks of his... 10 Alberto Saiz: «The Government left the CNI in a very... 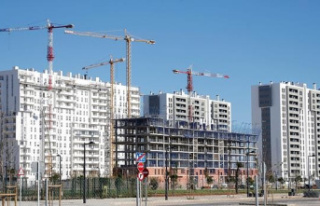 Better today than tomorrow to bet on the new work?