The Government contracted masks with surcharges of 44%

The Ministry of Health paid 44% more for surgical masks than the large municipalities of Spain. 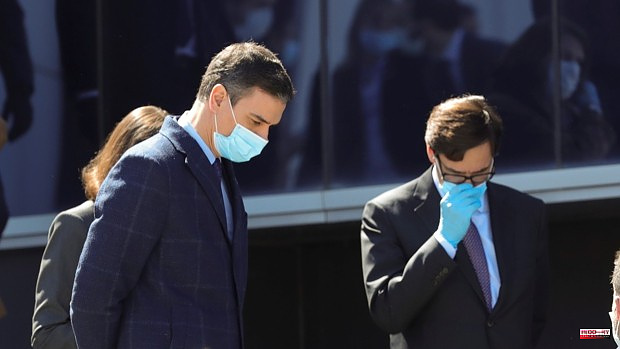 The Ministry of Health paid 44% more for surgical masks than the large municipalities of Spain. This despite the fact that the elementary logic of commerce indicates that the greater the purchasing capacity and larger volume orders, the greater the capacity to obtain discounts or more advantageous prices. But with the Government of Pedro Sánchez, that logic was not fulfilled in the midst of the Covid crisis: smaller administrations bought cheaper than the Executive of the nation. This follows from the audit reports of the Court of Auditors (TCu), which is scrutinizing the emergency health contracts signed by different Spanish public administrations in 2020. These reports of the Court of Auditors are made by checking a representative sample of contracts of emergency signed by the supervised entities.

Last Thursday, the plenary session of the TCu approved the report on the emergency purchases of the Ministry of Health, directed at that time by the Catalan socialist Salvador Illa. This report indicates that the Ministry, through its Health Management Institute (Ingesa), in 2020 paid an average of 0.75 euros per unit for surgical masks. However, according to another report issued in October last year by the TCu, the twelve largest municipalities in Spain paid the same masks at around 0.55 euros per unit in March 2020, at the most critical moment of the pandemic, when they exploded. infections in our country and the lack of basic protection material was exposed.

In other words, in that first blow of the pandemic, the Illa ministry paid for the surgical masks with an average extra cost of 36% compared to the price that the large Spanish municipalities were paying, as reported by ABC. But a more in-depth analysis of the content of these reports from the Court of Auditors allows us to verify that those surcharges paid by the Ministry of Health worsened in the following weeks.

A broader and more detailed comparison of these reports from the Court of Auditors shows that the prices that the Government paid for its purchases of masks were even higher if the contracts made throughout 2020 are computed. According to the auditors, the large municipalities paid for surgical masks that year at an average of 52 cents per unit. That is, at an average of 23 cents less than what Salvador Illa's ministry paid. It represents an extra cost of 44%, a differential of great impact if one takes into account that Ingesa paid more than 160 million euros in 2020 for purchases of surgical masks.

The surcharges that have emerged in the purchases of surgical masks by the Ministry of Health contrast with those paid for the FPP2 protection masks. In this case, no cost overruns have been observed but, perhaps due to this greater purchasing power, Ingesa did obtain more advantageous prices than the average of the large town halls. And this despite the fact that, in the worst of the pandemic, the high protection of the FPP2 made them much more sought after and valued.

In the case of elementary surgical masks, although the average price paid by the twelve largest municipalities amounted to 52 euro cents in 2020, there were those that obtained even more advantageous prices. Among them, the two main consistories governed by the PP, Madrid and Zaragoza. Thus, according to the emergency contracts audited by the Court of Auditors, the Zaragoza City Council paid for the surgical masks at an average of 0.50 euros per unit. The one from Zaragoza, at 0.40 euros.

Among the twelve largest municipalities in Spain, the two that in 2020 paid the most expensive surgical masks were Bilbao and Seville, according to the contracts audited by the TCu: on average, 0.98 and 0.90 euros per unit, respectively. The Bilbao consistory is chaired by the PNV mayor Juan Mari Aburto, who governs in coalition with the Socialists. The one in Seville was directed by Juan Espadas, the current PSOE candidate for the Junta de Andalucía.

In the case of FPP2 or KN95 masks, the Ministry bought them in 2020 at an average of 2.62 euros per unit. The average paid by the twelve largest municipalities was 3.38 euros. The one in Madrid, 4.76 euros, but came to pay 6.36 euros per unit in a contract, the most expensive of those audited by the TCu in that report. Businessmen Luis Medina and Alberto Luceño are accused of the exorbitant price they charged for a supply of masks to the Madrid City Council.

1 "I alerted King Juan Carlos of the risks of his... 2 Alberto Saiz: «The Government left the CNI in a very... 3 The disagreements between Robles and Marlaska, two... 4 Interior marginalizes the CNI in the new law against... 5 Florentino equals the Bernabéu legend 6 The club that persecutes itself, the undisputed owner... 7 Courtois, the giant of the Champions 8 Nadal against Nadal, uncle against nephew 9 From the Bernabéu to Cibeles, the iconic route 10 Ardeche. Chestnut Enduro - Helicopter race doctor... 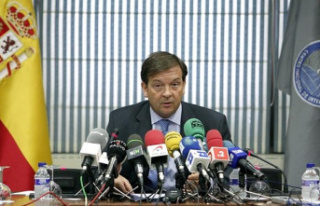 "I alerted King Juan Carlos of the risks of his...