Climate change, vandals and bird nests, the enemies of the Debod temple

The gift has had a thousand lives. 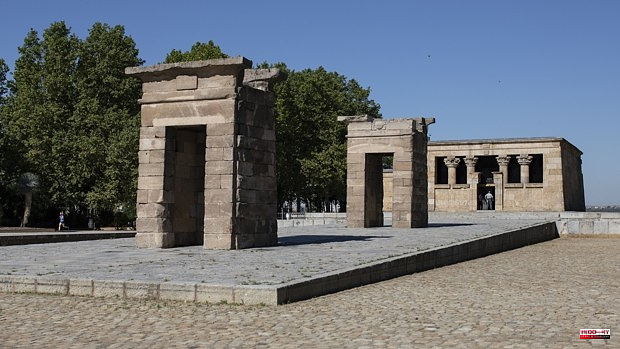 The gift has had a thousand lives. Erected in the 2nd century BC. C. in lower Nubia, the central region of the Nile River, forgotten for more than 1,100 years, looted, rebuilt, submerged for half a century and dismantled, in 1968, to travel to Madrid. The Temple of Debod survives the passage of time in a corner of Parque del Oeste, where it is still not free from threats. As ABC has learned, climate change, the hand of man and bird nesting are some of the contemporary enemies that compromise its conservation in the short and medium term.

In the last two years, the General Directorate of Heritage of the Madrid City Council has undertaken a detailed study to analyze the state of the Temple of Debod, an issue that has worried experts in the last decade.

The result has been a "preventive conservation plan" that has detected up to 90 potential risks capable of undermining the life of the monument. Some are as unlikely as a new Philomena or the total abandonment of the temple. Others, however, fall into the category of "very likely" in a close period of time.

The imminent wear, in the "short term", is due to natural and anthropic causes. On the one hand, sudden changes in temperature, ventilation and humidity pose a "high" risk, especially for the integrity of the interior of the building, where they can cause cracks, chemical reactions and the proliferation of biological colonies. The vandalism and overcrowding of this tourist magnet falls into the same category, which Patrimony defines as "abrasion", the "rubbing with backpacks, maintenance work teams, umbrellas". Just like the "blows".

It is also "very likely" that in the more distant future ("medium term") the water will deteriorate the roofs and walls, wear away the paint and rot parts of the temple. Like the nesting of birds, which would spread dirt, stains and broken elements, describes one of the 90 sheets prepared by Heritage technicians, in collaboration with the Santa María la Real Foundation, keys to tackle the conservation of the property from a new point of view.

The monument dedicated to the goddess Isis belongs to the twenty temples condemned to disappear due to the construction of the Aswan dam and saved by UNESCO in the 1960s. Egypt donated the building to Spain in recognition of its participation in that campaign recovery of heritage and, since 1972, the year of its inauguration in the Parque del Oeste, it is one of the iconic postcards of the capital. Four temples were distributed around the world - Spain, the United States, Italy and the Netherlands - with one condition: that they be sheltered inside a museum. However, the one in Madrid, the largest of all, was placed outdoors. Since then, the controversy over its degradation resurfaces from time to time.

Two years ago, Cairo showed its disapproval. "Spain has to return that gift if it does not value it enough to protect and preserve it," said the famous Egyptologist and former Egyptian Minister of Antiquities, Zawi Hawass, who asked Mayor José Luis Martínez-Almeida for his coverage. UNESCO already proposed in 2007 - a year before it was declared a Site of Cultural Interest (BIC) - to protect it with a glass bell and the different municipal governments have ruminated on the matter without making a final decision. This Monday, the city council left the issue up in the air again: coverage "is not ruled out," said the director of Heritage, Luis Lafuente.

"Today [for this Monday] is an important day," Lafuente began the press conference in which he announced the new municipal plan oriented "less to restoration" and "more towards preventive conservation" of the property. A "change in trend", a "clear turning point", he pointed out, although without concrete decisions. For now. Despite the 90 "potential" risks, they emphasize in the consistory, the Temple of Debod "is in an adequate state of conservation, there is no risk of immediate destruction," Lafuente assured. "There are no relevant environmental risks," they affirmed from the Santa María la Real foundation.

The two years of studies have culminated in a roadmap that the city council will immediately send to other institutions, the National Archaeological Museum, the Ministry of Culture, the Higher Center for Scientific Research, the Directorate of Heritage of the Community of Madrid and the Official Association of Architects of the region, in search of national consensus to undertake any action. In the fall of 2023, it will be presented at an international congress, before UNESCO and different heritage NGOs, to determine whether it is covered or not.

For the moment, the municipal plan has materialized in a virtual inventory, stone by stone, which compiles the more than 3,800 elements of the property. This 'online' control panel to which the council staff will have access registers all the available documentation and will function as a digital guardian that will alert of any change in the state of the building. The strategy aims to "increase the life expectancy" of the Temple of Debod; They are already 2,200 years old and, next July 18, fifty in Madrid.

1 Cosimo di Lauro, the boss of 'Gomorra',... 2 The PP of Feijóo, after the withdrawal of the appeal... 3 Feijóo responds to Sánchez's "contempt"... 4 Fran Carrillo: «The primaries that Marín won were... 5 Carlos Bautista, prosecutor: "The Prosecutor's... 6 Tony Buzbee confirms that Deshaun Watson will face... 7 Notaries and registrars can extend their working life... 8 These Salt Flats are Cotton Candy Pink 9 Blue Holes Show That Hurricane Activity in the Bahamas... 10 What will it take for Smart Windows to become mainstream?... 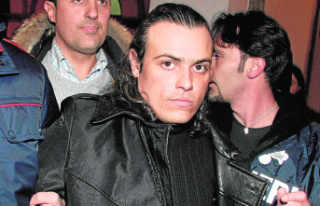