Carlos Bautista, prosecutor: "The Prosecutor's Office will follow the criteria that requires ETA prisoners to ask for forgiveness"

The Public Prosecutor's Office of the National High Court "will continue to maintain its criteria" regarding the demand for pardon from ETA prisoners who want to access a prison permit, because "it is the doctrine of the Criminal Chamber. 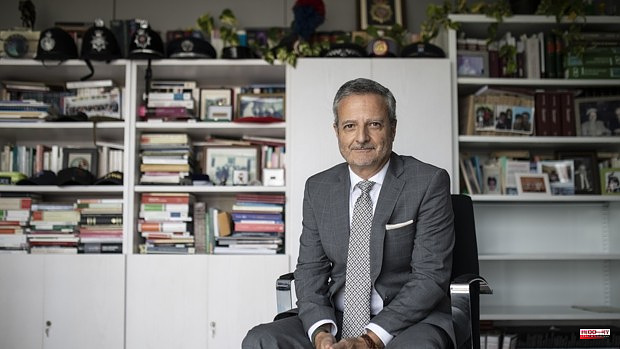 The Public Prosecutor's Office of the National High Court "will continue to maintain its criteria" regarding the demand for pardon from ETA prisoners who want to access a prison permit, because "it is the doctrine of the Criminal Chamber." If that doctrine changes, it will be what the Supreme Court ends up saying. "And, meanwhile, we will have to continue" because forgiveness, in these cases, is "absolutely transcendent."

It is explained by Carlos Bautista, the coordinating prosecutor for Penitentiary Surveillance at the National High Court or, what is the same, the one in charge of ensuring that the progression of grades, the conditional releases or the prison permits for prisoners for terrorism are scrupulously adjusted to the normative. On the eve of participating this Tuesday in the International Congress of Victims of Terrorism organized by the Community of Madrid and the San Pablo CEU University Foundation, he receives ABC in his office, reluctant to assess specific resolutions.

He does remember that a doctrine is considered abolished when another replaces it and is consolidated. In his opinion, it is still too early to say that the order drawn up on the 3rd by the magistrate of the First Section of the Criminal Chamber José Ricardo de Prada has already meant a change of direction in the National High Court, which, against the current, left in writing that the pardon is not required when it comes to prison leave. "Of course, we are going to continue to maintain what is the doctrine of the Chamber," says the prosecutor.

Confronted with a scenario in which that doctrine finally changes in favor of the inmates, he alludes directly to what the Supreme Court has to say. And getting there, he comments, "would only be interesting if that turn is consolidated." «It will be necessary to see what the Criminal Chamber of the National High Court says in successive resolutions on appeals formulated by the inmates. That there will be."

For Bautista, "even though it is not in the letter of the law", the requirement of forgiveness to enjoy a prison permit "is clearly deduced" from the prison regulations because "it refers to the concurrent circumstances in the prisoner", which they have to be taken into account. And, when it comes to terrorism, "a very specific circle of criminal values ​​that is also contrary to the entire constitutional structure", it becomes "necessary to verify that the subject has separated from the terrorist organization" and that he recognizes his case as " mere acts of common crime that should not have occurred and that it repudiates. "That is why the figure of forgiveness is absolutely transcendent, which is also included in more than twenty cars of the Criminal Chamber," he adds.

When it comes to third degrees or probation, the scenario is no longer interpretive, it is the foot of the law that establishes the obligation of that express forgiveness. However, not every prisoner's statement passes the filter. «There is a set of letters that look like collective letters with an individual signer. It is based on elements that can generally be seen: acknowledgment of the damage that, however, is not dismissed as unjust, empathy with the victims but does not ask for forgiveness, and commitment to peaceful means to achieve political objectives, which means as much as saying that the previous action, which is a terrorist action, was also a way of doing politics. When you see these three elements is when you distinguish a letter, let's say, that does not meet the requirements, and so the Court's doctrine has said, from what is a letter that does not have any of that and that as soon as you read it you realize that it does contain something else," he explains.

Bautista recalls that it is a recent phenomenon, in any case, since it was “three or four years ago” when “the organization told the inmates to start requesting all the benefits included in the prison legislation” and the trials also changed: “ From a rupture strategy to a defense strategy».

And it was two years ago when, due to the distribution of work in the National High Court Prosecutor's Office, a single prosecutor, Bautista himself, remained coordinating all the files relating to ETA prisoners. “Thus, by comparison, it was possible to perfectly detect when we are facing a similar type of letter or not. Before, the files were divided among the three prosecutors and it was more complicated.

The prosecutor stresses, however, that the requirements for ETA prisoners are part of "legal structures" that apply to all those convicted of terrorism offences, not just ETA members. He warns that "it is false that there are not going to be more victims of terrorism, even though ETA has disappeared, jihadist terrorism is still present, which can strike at any moment, as happened in 2017" on Las Ramblas in Barcelona. He also recalls that the fight against ETA "is not over yet" and the Security Forces and Bodies, judges and prosecutors are "always behind matters that have not been resolved and about which there are indications". He highlights great progress in this regard: "We are capable of carrying out more specific, more technical investigations, of presenting increasingly sophisticated evidence."

From this double perspective, he claims the importance of events such as the International Congress of Victims of Terrorism in which he is participating today. «Precisely, what the 2015 Victim Statute Law has dealt with is giving more participation in the execution of sentences to what was the great forgotten, the victim. The 21st century is the one of the consolidation of the intervention of the victims in all the phases of the penal process and it is a setback to consider that now they are going to take steps backwards and must participate less and less »because ETA has dissolved. "A society that does not take care of its victims has a serious problem and a serious moral problem," says Bautista.

1 Tony Buzbee confirms that Deshaun Watson will face... 2 Notaries and registrars can extend their working life... 3 These Salt Flats are Cotton Candy Pink 4 Blue Holes Show That Hurricane Activity in the Bahamas... 5 What will it take for Smart Windows to become mainstream?... 6 The Mouse that Squeaked Its way into Scientific History... 7 Five places to see trilobites in the United States... 8 What are Scientists Learning about the Deepest Diving... 9 Discovered from the Air: Lost Cities of Amazon 10 Why did it take 35 years to get a Malaria Vaccine.... 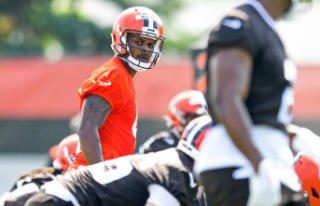