Sánchez's 'no is no' and his "contempt", as they recognize in Genoa, for the PP's proposals does not seem to stop Alberto Núñez Feijóo, who is finalizing a new agreement offer, in this case on defense and security national, to be able to exhibit it before international allies at the next NATO summit in Madrid. 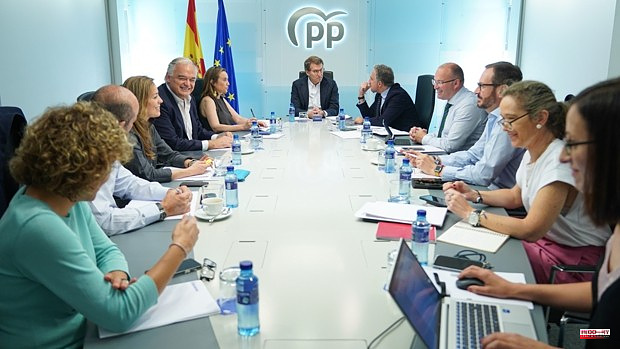 Sánchez's 'no is no' and his "contempt", as they recognize in Genoa, for the PP's proposals does not seem to stop Alberto Núñez Feijóo, who is finalizing a new agreement offer, in this case on defense and security national, to be able to exhibit it before international allies at the next NATO summit in Madrid. The popular ones plan to send the document to the Government and to all parliamentary groups this week.

It would be a kind of “Toledo Pact for National Defense”, as described by the Deputy Secretary for Institutional Policy, Esteban González Pons. The objective is that, before the NATO summit on June 28, 29 and 30, the parties send "a message to the world that Spain is a reliable partner."

In the text of the agreement, whose draft is almost finished, NATO will be asked for "a guarantee of protection of the entire national territory, in particular non-peninsular territories", in clear reference to Ceuta and Melilla. It is also defended that its strategic objectives include the defense of the southern border of the European Union and the strengthening of the relationship with the countries of Asia-Pacific and North Africa.

It is not the only pact proposal in which Feijóo's PP is working. González Pons thus expressed a firm commitment from his party: within a month he will have his proposal ready to complete the renewal of the constitutional bodies, including the General Council of the Judiciary (CGPJ), and he will send it to the Government and the PSOE. Of course, he wants the process to be accompanied by a regeneration and reforms to "depoliticize Justice."

After more than three years of blockage in the renewal of the CGPJ, the deputy secretary of Institutional Policy, one of the leaders with the most political weight in the Feijóo PP, was forceful: «The constitutional mandate must be fulfilled, the constitutional bodies must be renewed , but the situation is so serious that a simple renewal is no longer enough. According to him he warned, in the negotiation there must be publicity, reforms so that this situation does not happen again and an express commitment to the regeneration of the Justice policy in our country.

González Pons wants "light and stenographers" throughout the process, something that breaks with the discretion that he has maintained in his first contacts with Bolaños. The proposals of the PP will be based on the ideas that the associations of judges and prosecutors have transmitted to him, with whom he has had contact in the last two months. The leader of the PP also issued a clear warning to the Government, given the possibility that it intends to elect two magistrates of the Constitutional Court, "without fulfilling the constitutional mandate": "There would be sanctions from the European Union," he warned.

1 Fran Carrillo: «The primaries that Marín won were... 2 Carlos Bautista, prosecutor: "The Prosecutor's... 3 Tony Buzbee confirms that Deshaun Watson will face... 4 Notaries and registrars can extend their working life... 5 These Salt Flats are Cotton Candy Pink 6 Blue Holes Show That Hurricane Activity in the Bahamas... 7 What will it take for Smart Windows to become mainstream?... 8 The Mouse that Squeaked Its way into Scientific History... 9 Five places to see trilobites in the United States... 10 What are Scientists Learning about the Deepest Diving... 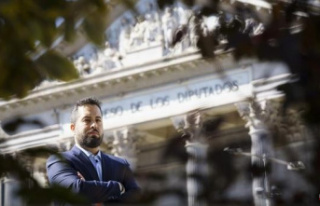 Fran Carrillo: «The primaries that Marín won were...