He was one of the most ruthless bosses of the Camorra, the Neapolitan mafia, responsible for a war between clans that caused 150 deaths in just eight months, between 2004 and 2005. 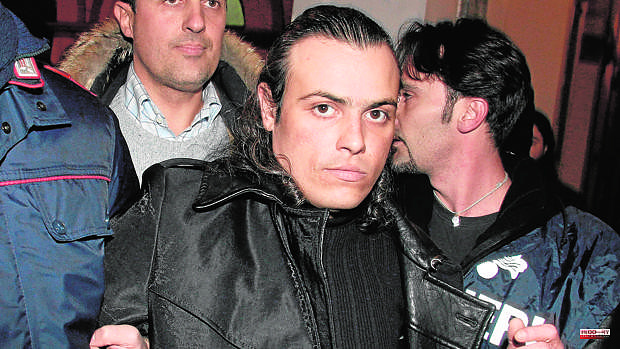 He was one of the most ruthless bosses of the Camorra, the Neapolitan mafia, responsible for a war between clans that caused 150 deaths in just eight months, between 2004 and 2005. Cosimo Di Lauro has died at the age of 49 in the Ópera de Milan, where he was serving a life sentence in regime 41 bis, the strictest, having been convicted of several murders. His defenders had repeatedly requested an expert opinion on Di Lauro on suspicion of mental disorders. The causes of death are still unknown. The great capo of the northern area of ​​Naples, head of a criminal cartel in Scampia and Secondigliano, inspired the character of Genny Savastano in the television series 'Gomorra', the title of the book by writer Roberto Saviano about the terrifying empire of the camorra.

The 'boss' Cosimo Di Lauro had been in jail since 2005, when he was arrested by police in a bunker house in the Secondigliano neighborhood. His arrest had a great impact, both because of his criminal history and because of the staging of the character, who did not go unnoticed, unlike Father Paolo, founder of Clan Di Lauro.

While he was arrested with his head down to avoid reporters, his son Cosimo was immortalized as he was arrested wearing a leather jacket, long hair and a ponytail, tight jeans and a defiant air looking into the photographers' lens, displaying his nickname, 'The designer don', a nickname linked to his passion for designer clothes and accessories. After being arrested, the pigtailed capo became the first icon of criminality in internet times.

The Di Lauro family, from which the homonymous clan takes its name, is very numerous. Paolo, the founder of the clan, was known by the nickname 'Ciruzzo the millionaire'. He created an empire with drug trafficking, thanks to his contacts in the Iberian Peninsula, which guaranteed him a mountain of drugs, much of it from Latin America, to feed his network of drug traffickers, with more than 300 affiliates.

Paolo had ten children, all boys, many of whom are now in prison. At the height of the Clan Di Lauro, between 1990 and 2000, the criminal organization earned more than 500,000 euros a day from drug sales alone, making the Secondigliano neighborhood the largest drug market in Europe.

When Father Paolo became a fugitive from justice in 2002, the clan passed into the hands of Cosimo, the eldest son, who created an empire based on the sale of heroin, cocaine, marijuana, hashish and synthetic drugs. Cosimo Di Lauro delegated the petty drug trade to traffickers who had to pay a 'tax' to the Di Lauros. As the capo of a bloodthirsty clan, Cosimo carried out an internal purge, displacing former affiliates and replacing them with younger and more violent elements loyal to him.

The purge undertaken by Cosimo Di Lauro and his role in the clan was crucial in the outbreak of the war between criminal groups, which bloodied Naples and its province between 2004 and 2005. The purge produced a rebellion that gave rise to the birth of a group known such as the Splits or the Spaniards, led by Cesare Pagano and Raffaele Amato, two prominent elements of the Clan Di Lauro, who provided contacts in Spain for the supply of drugs as dowry to the new clan they created. The war between clans caused more than a hundred deaths in Naples and the province in a few months, inspiring Roberto Saviano's novel 'Gomorra' and later the homonymous series.

In 2019, a brother of Cosimo, Marco Di Lauro, the last capo of the clan, was arrested, closing three decades of a black period in Naples. Cosimo's death serves as a reminder of the hell caused by drugs, deaths and endless violence of the Clan Di Mauro, particularly in Scampia and Secondigliano, with wounds that are still open.

1 The PP of Feijóo, after the withdrawal of the appeal... 2 Feijóo responds to Sánchez's "contempt"... 3 Fran Carrillo: «The primaries that Marín won were... 4 Carlos Bautista, prosecutor: "The Prosecutor's... 5 Tony Buzbee confirms that Deshaun Watson will face... 6 Notaries and registrars can extend their working life... 7 These Salt Flats are Cotton Candy Pink 8 Blue Holes Show That Hurricane Activity in the Bahamas... 9 What will it take for Smart Windows to become mainstream?... 10 The Mouse that Squeaked Its way into Scientific History... 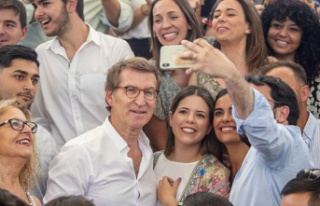 The PP of Feijóo, after the withdrawal of the appeal...