Fran Carrillo: «The primaries that Marín won were Soviet liberalism» 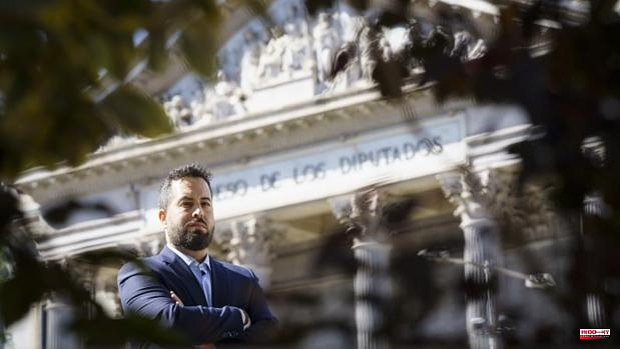 Fran Carrillo (Córdoba, 1981), has processed during the Andalusian electoral campaign his resignation as a member of Ciudadanos (Cs), a party in which he has been a deputy for his native province, deputy spokesman in the Andalusian Parliament and also spokesman in the Senate , to which he arrived by autonomous designation. This has been confirmed by himself to ABC in this interview about his political stage. Carrillo explains his reasons in the confrontation he has had with Inés Arrimadas and with the Vice President of the Board, Juan Marín, whom he even faced in the primaries to be a candidate in the regional elections, obtaining more than 30 percent of the vote of the militancy, compared to 58 percent of Marin.

When did you make the decision that you would not continue in Ciudadanos?

It is a thoughtful and mature decision, when I see that a series of factors overlap. On the one hand, the lack of confidence of the national leadership in me and in my political profile, evidenced in the successive decisions that have been taken against me. On the other hand, the successive strategic and political errors that have been made, which have led the party to a situation of virtual disappearance from the electoral map. Faced with the denunciation of this drift and the attempt to change it in a critical way, because the guilty ones were those who denounced it and not those who made the decisions.

I did a reading of what happened in Murcia which they ignored, I did a reading of what could happen later in Madrid and they didn't either. When you have a professional of political communication, of electoral analysis, inside, that you don't have to look for him outside, and you prefer to sidestep him instead of having him, they send you a signal. If, in addition, responsibilities are being taken away from you, first in the Senate and then in the Andalusian Parliament, it is another sign that they do not count on you.

In what decisions did they sideline him?

Well, for example, defining the party as liberal, which they do now, was my idea. And when I proposed it, they rejected it, saying that it was something typical of the PP or Vox, and that we were from the center. I told them that I am not from the center, but a liberal.

What happens when you decide to run for the primaries in Andalusia?

It is the last straw of a situation that comes from before. I had been asking to speak with Inés [Arrimadas] for two years but, despite the fact that I insistently asked, she never received me. They remove me from the Senate, right off the bat they say they need my act [which was delivered to Fran Hervías, former secretary of organization with Albert Rivera, who would later leave the formation after the crisis in Murcia to be signed by Teodoro García Egea for the PP, until the current address arrived] and I moved away without giving any kind of problem. That is loyalty to a project. The same thing happened when they remodeled the parliamentary group in Andalusia with the sole objective of separating me. The primaries were the lace. They were Soviet liberalism, I have never seen a greater lack of freedom than the primaries of that party, nor more controlled and directed so that the official candidate won. He spent a month going around all the headquarters of the eight provinces with his official car of the Junta, they gave me a day and a half of campaigning, and no possibility of debating. There is more time to register as a candidate, and to vote, than to campaign. Is that logical?

He will not deny that the electoral decline of Cs began with Rivera.

I deny the major. He suffered the first setback, yes, and he left the party injured, but he did not kill him. The party is not killed by November 2019, the party is killed by Murcia. You cannot make an automotion of censorship, you should have opened an investigation, and ask for responsibilities. It was irresponsible to destroy a government of which you were a part, and the citizens of Murcia saw it. I do not want the disappearance of Cs, but his resurrection, but for this there has to be a self-criticism that has not occurred so far.

1 Carlos Bautista, prosecutor: "The Prosecutor's... 2 Tony Buzbee confirms that Deshaun Watson will face... 3 Notaries and registrars can extend their working life... 4 These Salt Flats are Cotton Candy Pink 5 Blue Holes Show That Hurricane Activity in the Bahamas... 6 What will it take for Smart Windows to become mainstream?... 7 The Mouse that Squeaked Its way into Scientific History... 8 Five places to see trilobites in the United States... 9 What are Scientists Learning about the Deepest Diving... 10 Discovered from the Air: Lost Cities of Amazon 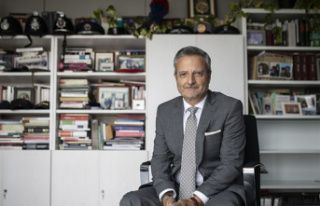