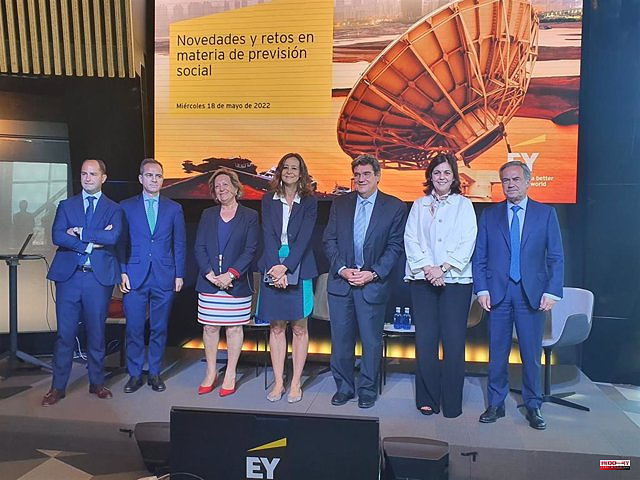 The Minister of Inclusion, Social Security and Migration, José Luis Escrivá, stated this Wednesday that the employment plans "can serve to boost salary negotiations in environments of high inflation, such as the current one, offering another tool for dialogue between representatives of the companies and those of the workers.

During a conference on complementary social welfare organized by EY, Escrivá stressed that the Law for the promotion of employment pension plans, which is now being processed in the Cortes, "is already having effects even before it is approved", since The VII General Agreement of the Construction sector, recently signed, contemplates the commitment of employers and unions to develop employment pension plans under the protection of the future standard.

As reported by EY, the minister highlighted in his speech that, according to national and international evidence, employment plans "are an ideal instrument to encourage savings among low- and middle-income families."

For this reason, the rule designed by the Government seeks to reach groups that until now have not had access to this type of mechanism, such as workers in SMEs, the self-employed and public employees of small or medium-sized entities.

Likewise, the minister has highlighted that the possibility of ascribing these plans to publicly promoted pension funds gives guarantees and certainty to the participants, by having senior officials and representatives of the social agents in the governance mechanisms, while at the same time allowing, Due to the size of the funds, they offer lower commissions than those of other savings vehicles.

The importance of this draft bill lies, according to EY, in promoting access to collective pension plans for salaried, self-employed and public employees through the creation of publicly promoted and privately managed employment funds. Based on this, it is expected that the size of the funds will allow managers and depositaries greater efficiency and, therefore, the existence of lower commissions.

Likewise, the new law also facilitates transparency and portability between pension plans through a digital platform and promotes collective bargaining between workers and employers, while favoring sectoral agreements being extended to all companies in the same area.

In addition to Escrivá, Carlos Bravo (CCOO) and Andrés Herrero (UGT) have participated in this conference; the president of Unespa, Pilar González de Frutos, and Martín Godino, managing partner of Sagardoy Abogados. On behalf of EY, the former General Secretary of Employment Juan Pablo Risk, partner of People Advisory Services (PAS) and head of EY Insights, as well as Jaime Sol, managing partner of PAS, and Olga Cecilia, partner responsible for Compensation and Benefits, have spoken. of PAS.

Faced with the business challenge of managing the talent of workforces with generational diversity and with an increasing average age, and all of this in a work environment characterized by digital transformation, Juan Pablo Riesgo sees it as "essential" to address strategic and financial planning of the templates that allow savings for workers, "promoting the business commitment of companies with their future".

1 Jack Ryan in the Canary Islands: they are not shots,... 2 Women managers represent 16.8% of the total and earn... 3 The Toledo College of Physicians congratulates Dr.... 4 Blanco expresses his "commitment" to present... 5 Albacete will have the first energy community in Castilla-La... 6 This is how the Valencia Metro network looks after... 7 Fire Prevention Week arrives in Toledo with free activities... 8 Jasikevicius: "We will have to know how to react... 9 The new director of the National Museum of Sculpture... 10 Pablo Laso and the title of 2018: "I believe... 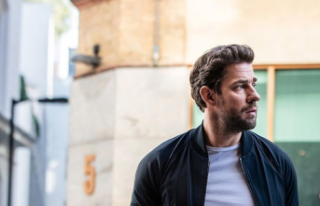 Jack Ryan in the Canary Islands: they are not shots,...