Ceferin boasts that Real Madrid is in the Champions League final

The war in which Aleksander Ceferin is involved with the European Super League and the founders who have not yet abandoned it continues to concentrate most of the UEFA president's statements. 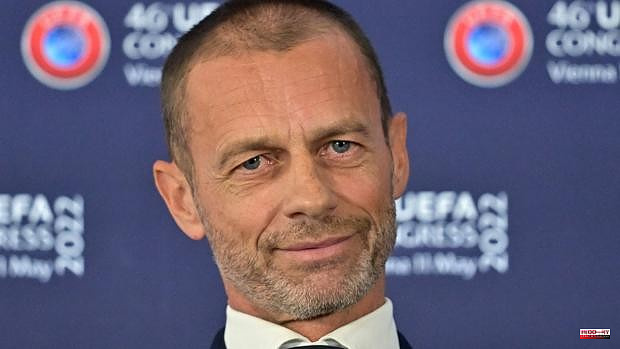 The war in which Aleksander Ceferin is involved with the European Super League and the founders who have not yet abandoned it continues to concentrate most of the UEFA president's statements. On dates in which the Slovenian should be focused on praising the development of their club competitions, which are already facing their respective finals, and on promoting the new competition format approved last week for the 2024-25 season, his words most striking are always for the idea that tried to revolutionize football on April 19, 2021.

Once again in a medium from his country, the website 24ur.com, the head of UEFA once again named Real Madrid and Barcelona, ​​clubs that have not yet dropped out of the Superliga project.

This time to put them as an example of the cleanliness with which the organization that governs European football has acted throughout the season despite the existing tension with these clubs due to their insistence on presenting an alternative on the continent.

"I have no problems with Real Madrid, of course, although I have no contact with the club's management at the moment. But the presence of Real Madrid in the Champions League final is proof of how clean UEFA competitions are, "said Ceferin, who went further and also alluded to Barça, who will play in his case the women's final : «Real Madrid and Barcelona are in the men's and women's finals. No one has interfered to the contrary."

On the Super League, and after having declared last week that the new format of the Champions League was "the last nail in his coffin", Ceferin trusted that "the time will come when these things will be clarified, but surely they will not be in the countryside".

The organizer of the most famous club tournament on the planet even dared to talk about the two finalists, although he did not give a forecast: «I would not dare to predict the winner, as a general rule I misjudge. It will be an incredibly interesting final."

Of the team led from the bench by Carlo Ancelotti, the Slovenian confessed that "already in the semifinals I doubted that Real Madrid could eliminate Manchester City, especially after the defeat in the first game, but obviously they have seven lives like the cats".

“They are an experienced team, but in my opinion their defense is weak. It has the miraculous Karim Benzema, of whom I have said many times that in my opinion he is one of the most underrated players in the history of football. And Luka Modric, that the older, the better he is », he added.

As for Liverpool, which seems to be approaching the momentous event at the Stade de France in Saint-Denis on May 28 as the fittest team in Europe, Ceferín analyzed that "it has younger players and very important experience in the final ».

Referring to the 'reds', the UEFA president responded to criticism from his coach, German Jürgen Klopp, who complained about the distribution of tickets for the Paris final. With a capacity of 81,000 spectators, the European organization announced that each finalist would have 19,618 tickets each. "When you look at the ticket prices and all that kind of stuff, the number of tickets you get... Is it correct that we only get 20,000, they get another 20,000 and there's 75,000? That makes 35,000 leftovers. Where do these tickets go? »He protested during a press conference.

«I called him, I spoke with Jürgen Klopp about this issue, because he was angry with his statements. Now he understands. He admitted that he did not know the information and that in a way he regrets having made these statements », Ceferín settled on the matter.

1 A fifth Selke trophy for Patrice Bergeron? 2 Alert of fire risk in Seat León and Tarraco in Spain 3 David Pastrnak's season continues 4 The US Congress analyzes UFO sightings for the first... 5 Allianz pays 5,700 million to settle an investigation... 6 Girmay is more beast than Van der Poel in Jesi and... 7 V Rising: Inevitable Success? all about the new survival... 8 The incidence in those over 60 falls a month and a... 9 Price hike, Indian embargo, drought… five minutes... 10 Vadim Chichimarine, first Russian soldier tried for... 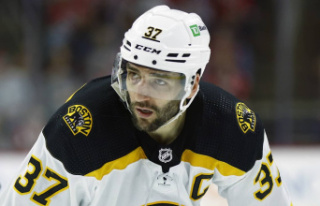