Is it that gray uniform, sort of fleece joggers, or that chubby face? Vadim Chichimarine does not look out of place, handcuffed in this small box at the kyiv district court. 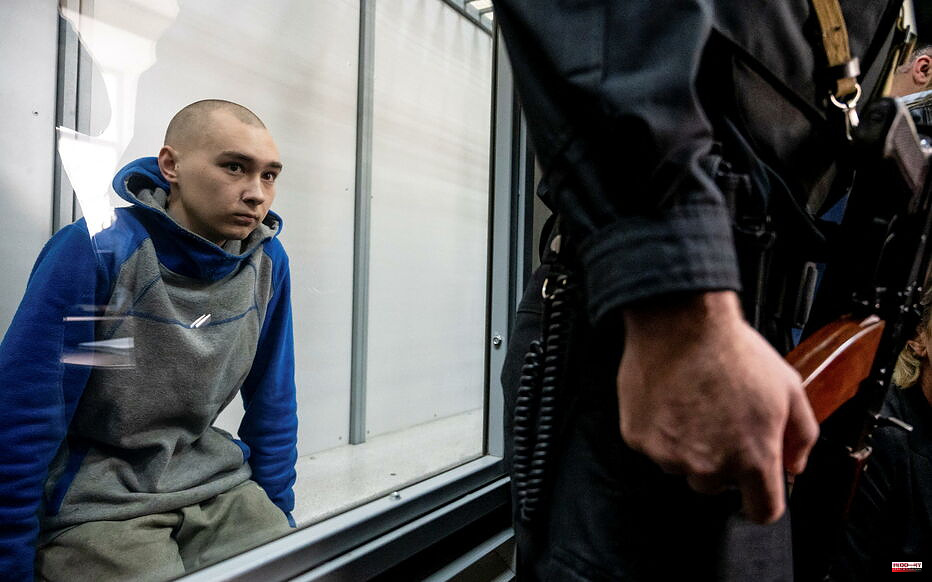 Is it that gray uniform, sort of fleece joggers, or that chubby face? Vadim Chichimarine does not look out of place, handcuffed in this small box at the kyiv district court. He would be attributed with acts of petty crime, at most, if he were not surrounded by an ocean of journalists overflowing to the outside of the courtroom, where he was presented last Friday, for set a hearing date.

Despite his young age -21 years old- Vadim Chichimarine has already invaded a country, Ukraine. And this soldier from Irkutsk, Siberia, commander of a tank unit in the Moscow region, could become the first war criminal of the "Russian offensive", at a time when the judicial initiatives intended to clarify the abuses are on the rise. The prosecutor of the International Criminal Court (ICC) also announced on Tuesday the deployment to Ukraine of a team of 42 investigators and experts, the largest mission in terms of staff ever sent to the field.

"I was ordered to shoot, I shot him once"

The alleged crime of Vadim Chichimarine is the first among a list of 10,700 others recorded by the Ukrainian authorities. It would have been committed on February 28, four days after the start of the fighting, reports the Ukrainian prosecutor's office. Vadim Chichimarine was among the troops converging on kyiv from the east. That day, his convoy was attacked near Chupakhivka, a small village 320 km from the capital. He fled with four other soldiers. The team steals a car, unaware that a civilian has seen all of the debacle.

This 62-year-old man was riding a bicycle on the side of the road taken by the routed squad. He was unarmed. "One of the soldiers ordered the accused to kill the civilian so that he would not report them," the office of Attorney General Iryna Venediktova said in a statement Thursday, May 12. Vadim Chichimarine opens the car window, pulls out his assault rifle and fires. The embarrassing witness collapses with a bullet to the head. "The man died instantly, a few dozen meters from his home," the source added. His body will be left behind.

Vadim Chichimarine pledged to "support his mother financially", he told the Security Services of Ukraine (SBU) while in custody. He now faces life imprisonment for war crimes and premeditated murder. Ukrainian authorities released a video of his confession on May 4. "I was ordered to shoot, I shot him once. He fell and we continued on our way,” he explained. According to the prosecutor, Laroslav Ouchtchapivski, the young man pleaded guilty and cooperated with the investigators.

Many suspicions of war crimes

Beyond bringing justice, the trial of Vadim Chichimarine paves the way for the recognition of war crimes, while testimonies and images of abuses by Russian troops have multiplied since their withdrawal at the end of March from the territories they briefly held. occupied, especially in the suburbs of kyiv. In Boutcha, more than 50 civilians were murdered and then left on the streets and in mass graves, sometimes with their hands tied behind their backs. These images taken after the withdrawal of Russian troops provoked Western outrage and triggered a new round of European sanctions against Russia.

VIDEO. Ukraine: Boutcha, a staging? These satellite images that contradict the Russian version

Since then, numerous videos of assassinations have punctuated the Russian offensive, presented by Vladimir Putin as an operation aimed at maintaining peace and "denazifying" Ukraine. Like those authenticated on May 12 by CNN: on surveillance camera images, we see two unarmed civilians walking on the outskirts of kyiv, then collapsing, shot from behind by Russian soldiers, assures the chain. On the same day, the Human Rights Council voted to open an "investigation" into human rights violations committed in Russia.

1 Several Middle Eastern countries hit by sandstorms 2 The XVII Solidarity March 'Santiago en Marcha'... 3 The PP defends the original layout of the A-40 in... 4 An IVAM exhibition in Castellón reviews the art produced... 5 Justin Bieber and Tim Hortons do it again with Biebs... 6 DIRECT. Cannes Film Festival: Follow the rise of the... 7 Huberdeau: in winning mode 8 Digi shoots its turnover in Spain by 42% in the first... 9 The Argentine team will concentrate in Lezama at the... 10 The anger and harsh message of Belén Esteban to the... 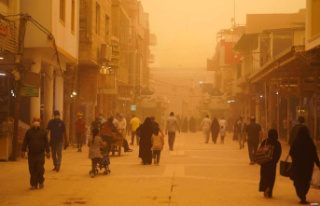