Castilla y León will face from this Friday until next Monday its second heat wave of this spring with temperatures that on Sunday and Monday will reach 38 in the capital of Zamora and in Valladolid. 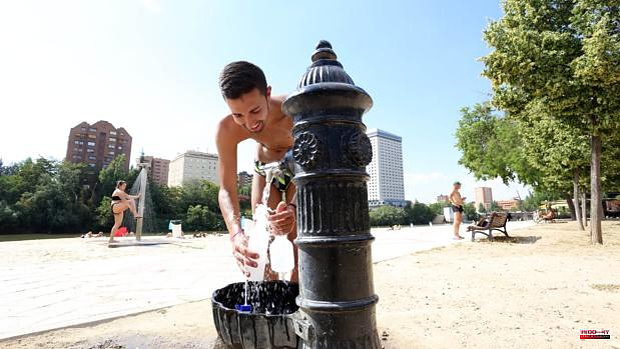 Castilla y León will face from this Friday until next Monday its second heat wave of this spring with temperatures that on Sunday and Monday will reach 38 in the capital of Zamora and in Valladolid.

In addition, for the day this Saturday, when the State Meteorological Agency (Aemet) has activated warnings in mountainous areas of León and in the provinces of Burgos and Palencia due to strong storms, the minimum in Valladolid will reach 20 degrees.

This record will also be repeated on Sunday in the cities of Zamora, Salamanca and Segovia, a day in which the maximum temperatures will range between 38 degrees in Valladolid and Zamora and 33 in Burgos and Ávila.

In Palencia and Salamanca the mercury will rise to 37 degrees, in Soria and León it will stay at 35 and in Segovia it will reach 34 degrees.

This heat wave is recorded after the one that three weekends ago left record temperatures in the Community for the month of May. Then, on the 21st, 34.5 degrees were reached in Valladolid, and they also exceeded the historical records regarding the minimum in a month of May in three other capitals, Segovia, where they did not go below 21.4 degrees Salamanca ( 19.8 degrees) and Ávila (18.9 degrees).

For this Friday the maximum temperature between the provincial capitals is expected in Zamora, with 35 degrees, while in Valladolid, Palencia and Salamanca the thermometers will remain at 34, one less than in León. In Segovia, Soria, Ávila it will reach 32 and Burgos will be the "coolest" city with 31 degrees. In addition, the minimum will range between 10 degrees in Burgos and 16 in Ávila and Zamora.

1 AP Week in Pictures: Latin America, Caribbean 2 The artist Florencio Maíllo pays homage to Campo... 3 The CPI picks up again in May, up to 8.7%, due to... 4 PGA Tour suspends Saudi Super League rebels 5 Dua Lipa reigns at Primavera Sound 6 Pitanxo families insist that the Court investigate... 7 Inflation in the Canary Islands continues to skyrocket,... 8 What is the origin and when are the bonfires of the... 9 The report of the Prosecutor's Office corners... 10 Ukraine: Drivers are willing to take risks in order... 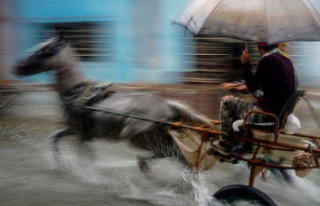