THE PGA Tour, the American circuit and the most powerful in world golf, has suspended the 17 athletes who have abandoned its protection and have joined the new Super League promoted by Saudi Arabia (LIV Golf), among which is the Spanish Sergio García, and that is disputed in London from Thursday. 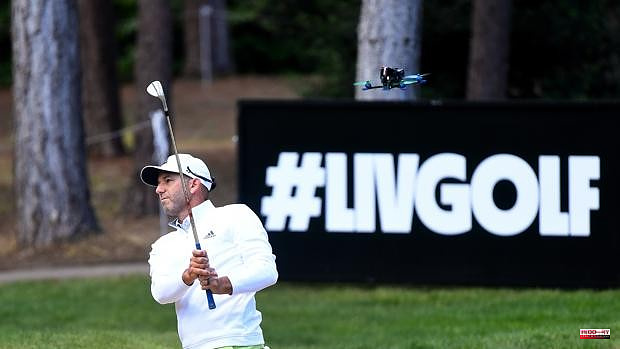 THE PGA Tour, the American circuit and the most powerful in world golf, has suspended the 17 athletes who have abandoned its protection and have joined the new Super League promoted by Saudi Arabia (LIV Golf), among which is the Spanish Sergio García, and that is disputed in London from Thursday. None of them will be able to participate in the tournaments held on US soil and all will be removed from the official rankings. The president of the PGA, Jay Monahan, has assured in a harsh statement that the new tournament is "disrespectful" and that the participation of golfers in it is exclusively due to "monetary aspects."

“These players have made a decision based on monetary aspects and cannot ask to have the same benefits, considerations, opportunities and platforms as the rest of the players on the PGA Tour.

That request is disrespectful to our fans, our sponsors and to the rest of the circuit members," Monahan said. Despite the sanction, García and Dustin Johnson, two of the most emblematic faces of the new project, had already given up having a PGA card.

The new Super League has also issued a statement criticizing the decision of its American namesake. "Today's announcement from the PGA Tour is vindictive and deepens the divide between the tour and its participants. It is worrying that an organization dedicated to creating opportunities for golfers is now barring golfers from playing the sport. Free agency time has begun and we are very proud to have such an extensive roster of golfers with us in London, and beyond."

When the new tournament speaks of "beyond" it means that its calendar will not be limited to the British capital. The Liv Golf will travel through cities such as Portland (Oregon, USA), Bedminster (New Jersey, USA), Boston, Chicago, Bangkok, Jeddah and Miami on a tour that will last until October. A tour full of golf and millions, as the winning team will win 25 million dollars for each of the first seven dates and 50 in the final.

1 Dua Lipa reigns at Primavera Sound 2 Pitanxo families insist that the Court investigate... 3 Inflation in the Canary Islands continues to skyrocket,... 4 What is the origin and when are the bonfires of the... 5 The report of the Prosecutor's Office corners... 6 Ukraine: Drivers are willing to take risks in order... 7 Ukraine is worried that a long-term war could lead... 8 Boris Johnson's weakness causes international... 9 Ciudad Universitaria wakes up with wrecked cars and... 10 This will be the 2022-2023 school calendar in Castilla... 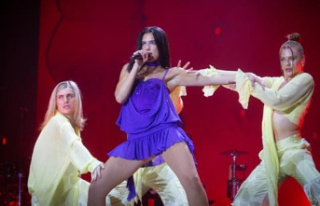