The devastating letter of the superior prosecutor of the Court of Justice of the Valencian Community, Teresa Gisbert, in which she positions herself in favor of the imputation of Mónica Oltra corners the vice president of the Generalitat and opens the way to a serious crisis in the coalition government chaired by Ximo Puig. 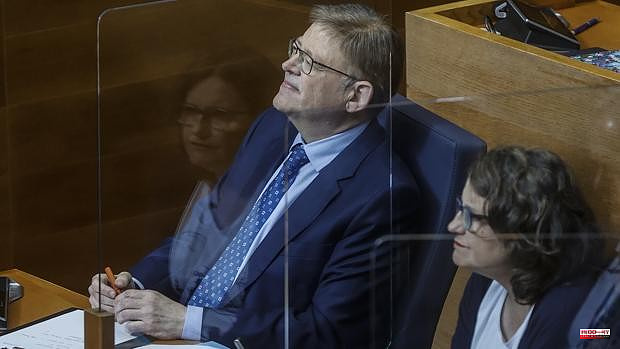 The devastating letter of the superior prosecutor of the Court of Justice of the Valencian Community, Teresa Gisbert, in which she positions herself in favor of the imputation of Mónica Oltra corners the vice president of the Generalitat and opens the way to a serious crisis in the coalition government chaired by Ximo Puig.

The Prosecutor's Office attributes to Oltra the authorship of a "pre-established plan" to exonerate her ex-husband, Luis Eduardo Ramírez Icardi, of the sexual abuse of a minor under guardianship, for which he has been sentenced to five years in prison.

The Public Ministry, in an extensive 69-page document to which ABC has had access, considers that there are indications that Mónica Oltra could commit crimes of prevarication, abandonment of minors and omission of the duty to prosecute crimes.

The position of the superior prosecutor leaves the vice president and spokesperson for the Generalitat on the verge of indictment. The final decision on the judicial future of the Compromís leader will be made shortly by the Civil and Criminal Chamber. In the event that the TSJ cites Mónica Oltra as being investigated, who enjoys appraisal due to her status as a regional deputy, the most serious crisis of the Ximo Puig government since June 2015 would open.

The Botanical Agreement signed between the PSPV-PSOE, Compromís and Podemos includes a distribution of portfolios. Each formation elects its representatives in the Executive. Thus, if Mónica Oltra maintains her decision not to resign from the positions of vice president and her spokesperson, Compromís should be the one to agree on her replacement. The statutes of the Initiative, the party to which the vice-president of the Generalitat Valenciana belongs and which is part of the Compromís coalition, establish that in the event that one of their charges is imputed in a judicial process, the Executive Council will study the case and «may demand the resignation of the person under investigation from public office and from the party”.

However, the Initiative rules allude to charges for acts related to the Public Treasury or Social Security and crimes against the Public Administration, sexist violence or corruption. In other cases (the Prosecutor's Office requests the investigation of Oltra for prevarication, abandonment of minors and omission of the duty to prosecute crimes, the statutes of its political formation indicate that the Executive Council will study the case and may proceed in the same way as established in paragraph previous.

In the event that the three parties that make up Compromís closed ranks with Oltra, the hot potato would pass into the hands of Ximo Puig. The president of the Generalitat has the legal power to appoint and dismiss the members of his Executive, so ultimately the continuity of his current "number two" and spokesman will remain in his hands less than a year after the celebration of the regional elections.

Ximo Puig, who this week has avoided clarifying whether he will request Oltra's departure in the event that she is charged, always has the option of bringing forward the elections or trying to end the legislature in the minority if a crisis breaks out in his government that exit with the output Compromises. Two options that today are not contemplated in the Palau de la Generalitat, waiting for, in the event of an accusation, to be Mónica Oltra herself or her party who make the move. For now, Compromís already has Joan Baldoví, spokesperson for the formation in Congress, and the former Minister of Education Vicent Marzà as possible replacements for the vice president of the Generalitat as the next electoral poster.

1 Ukraine: Drivers are willing to take risks in order... 2 Ukraine is worried that a long-term war could lead... 3 Boris Johnson's weakness causes international... 4 Ciudad Universitaria wakes up with wrecked cars and... 5 This will be the 2022-2023 school calendar in Castilla... 6 Historical record in the price of food: these are... 7 The Pan-Hispanic Clear Language Network is born to... 8 A 13th century codex that a soldier saved from the... 9 Each pilgrim has the economic impact of more than... 10 They are looking for a man for getting into a fistfight... 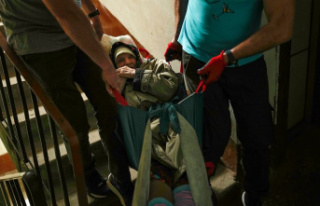 Ukraine: Drivers are willing to take risks in order...