What is the origin and when are the bonfires of the Night of San Juan celebrated?

There is no doubt that the Night of San Juan represents one of the most magical moments of the summer season, where fire and water come together to create an idyllic setting where myths, legends and rituals are the protagonists throughout the Spanish geography. 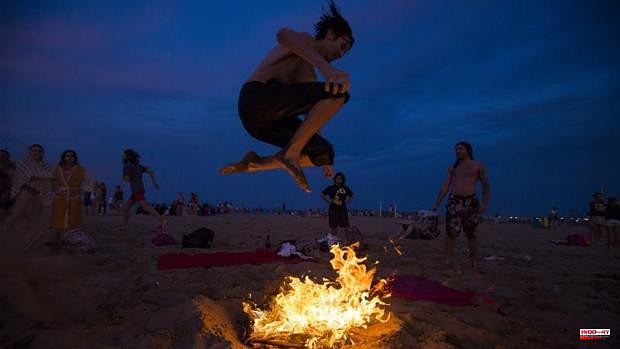 There is no doubt that the Night of San Juan represents one of the most magical moments of the summer season, where fire and water come together to create an idyllic setting where myths, legends and rituals are the protagonists throughout the Spanish geography.

Jumping over the bonfire on the Night of San Juan, according to the tradition of this festival of pagan origin, attracts good luck and helps make wishes come true. It is celebrated at midnight from June 23 to 24, a day that the Generalitat has included in the 2022 work calendar as a regional holiday.

This popular festival commemorates the birth of Saint John the Baptist, although its origins have a remote past and are difficult to find, as it has been shaped over the centuries by different civilizations.

Christian societies embraced this pagan tradition and made it coincide with the next day when the ancient Celts honored the Sun.

The Bible relates that Zacharias, the father of John, received a visit from an angel who announced the arrival of his son. Being speechless when he saw his appearance, he lit a bonfire to announce his birth due to the impossibility of communicating with the rest of the town's residents.

Tradition assigns the Night of San Juan the vitola of being the shortest of the year due to the change from the Julian to the Gregorian calendar, but the summer solstice actually occurs a few days earlier, on June 21. But it is not only celebrated in Spain, but other European countries such as Portugal, the United Kingdom, Denmark and Estonia, as well as other South American nations, also commemorate the most magical evening of summer.

If there is a place where the magic of the Night of San Juan is multiplied, it is in the Valencian Community, especially in Alicante, where the Bonfires festival is celebrated, with satirical representations in artistic monuments made of cardboard, wood or cork, as occurs in the Fallas of Valencia. The beaches that bathe the Mediterranean Sea become meeting points every June 23 at night to celebrate the end of classes, the arrival of summer or simply to make new wishes.

For this, there are different rituals carried out by the participants of this festival associated with purification. Most of them light the bonfire on the shores of the sea and jump over it seven times, although in other parts of Spain it is said that they must cross it several more times.

Another legend assures that a braid made of flowers or colored ribbons should be thrown to the loved one during the jump from the bonfire and that if they pick it up before it falls, good luck and happiness will come for both. In addition, in other places such as the Balearic Islands and Catalonia, a wish is also written on a piece of paper and thrown into the fire in the hope that it will come true.

Also get into the water with your back, wash your face at twelve o'clock or, for example, in the Alicante town of Teulada, it is said that whoever is in the Jana fountain during the Night of San Juan will receive a visit from the fairy Jonaina , who will grant him a wish if he can carry her on his back to the village without turning his head to look at her.

1 The report of the Prosecutor's Office corners... 2 Ukraine: Drivers are willing to take risks in order... 3 Ukraine is worried that a long-term war could lead... 4 Boris Johnson's weakness causes international... 5 Ciudad Universitaria wakes up with wrecked cars and... 6 This will be the 2022-2023 school calendar in Castilla... 7 Historical record in the price of food: these are... 8 The Pan-Hispanic Clear Language Network is born to... 9 A 13th century codex that a soldier saved from the... 10 Each pilgrim has the economic impact of more than... 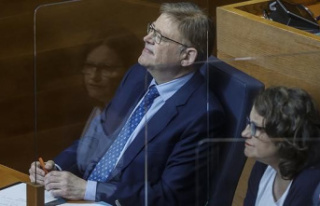 The report of the Prosecutor's Office corners...