The CPI picks up again in May, up to 8.7%, due to the rise in fuels and the shopping basket

After the relief in April, prices rebounded in May in a context in which inflation is entrenched as a structural problem. 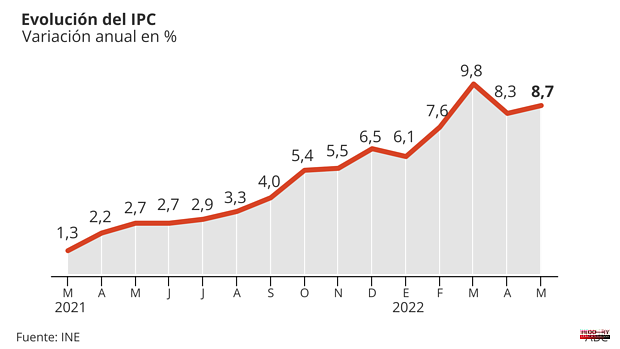 After the relief in April, prices rebounded in May in a context in which inflation is entrenched as a structural problem. The Consumer Price Index (CPI) rose four tenths in the fifth month of the year, to 8.7%, due to higher fuel and food prices, according to data confirmed by the INE.

According to the INE, the rise in the year-on-year CPI to 8.7% in May is mainly due to increases in fuel and restaurant prices, higher in May this year than in the same month in 2021, and to the rise in food prices, among which bread and cereals, cheese and eggs and meat stand out.

In the opposite direction, the prices of legumes and vegetables fell.

1 PGA Tour suspends Saudi Super League rebels 2 Dua Lipa reigns at Primavera Sound 3 Pitanxo families insist that the Court investigate... 4 Inflation in the Canary Islands continues to skyrocket,... 5 What is the origin and when are the bonfires of the... 6 The report of the Prosecutor's Office corners... 7 Ukraine: Drivers are willing to take risks in order... 8 Ukraine is worried that a long-term war could lead... 9 Boris Johnson's weakness causes international... 10 Ciudad Universitaria wakes up with wrecked cars and... 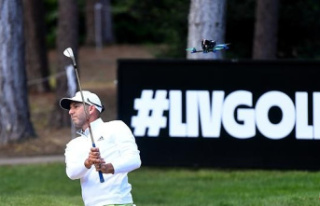