Astronomy: looking into the stars - sun, moon and planets in 2023

The year 2023 also has numerous highlights in the night sky to offer. 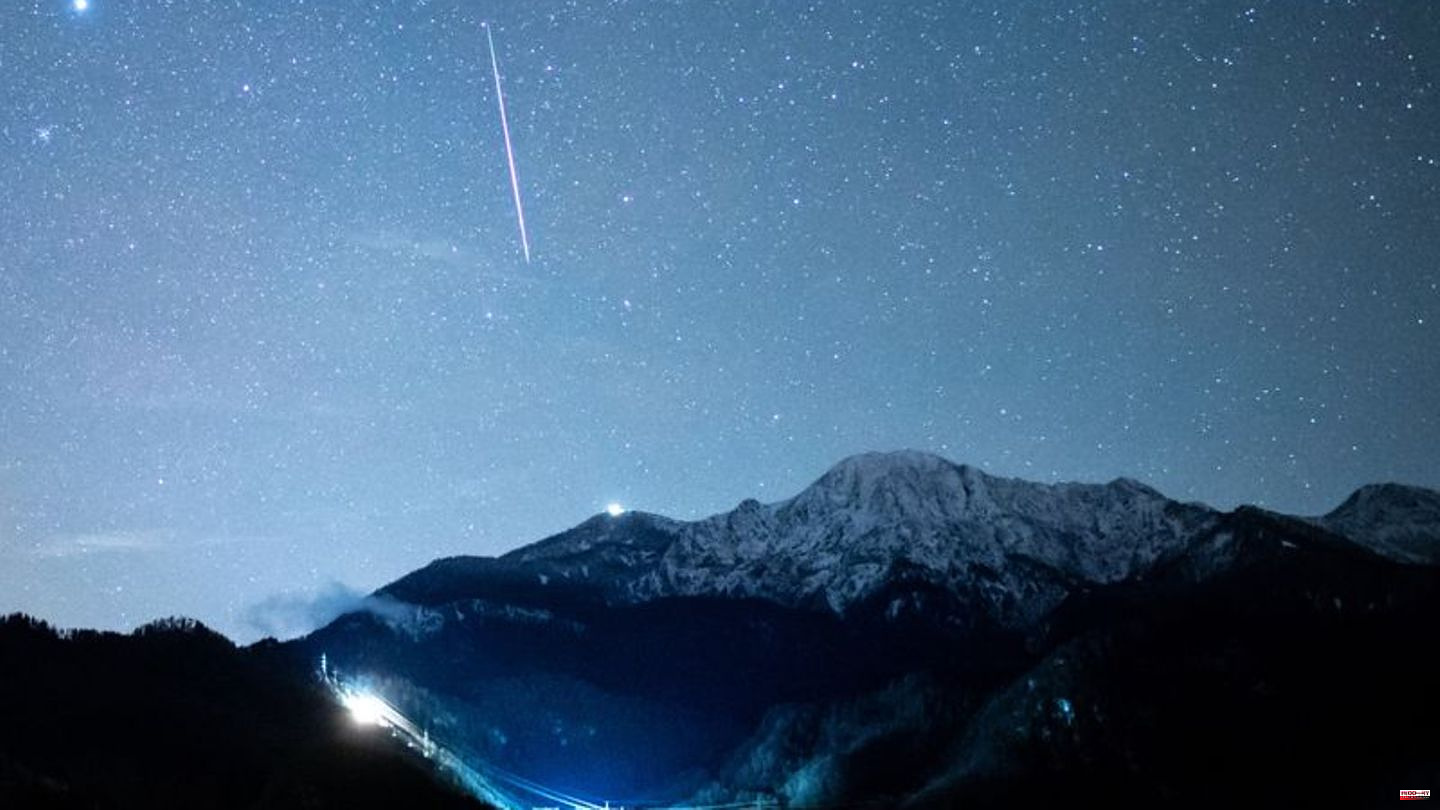 The year 2023 also has numerous highlights in the night sky to offer. At the beginning of the year, the winter night sky is particularly rich in bright stars and a meteor shower delivers up to 130 shooting stars per hour. Later in the year there is a partial lunar eclipse. An overview:

starry sky at the beginning of the year

The brightest fixed star in the terrestrial firmament, Sirius in the Canis Major, flickers at the beginning of the year in a bluish-white light halfway up in the south-east. Orion with reddish shoulder star Betelgeuse and foot star Rigel can be seen to the south. High above our heads is the yellowish capella, the main star in the Fuhrmann. Aldebaran, the reddish bull's eye, draws attention to itself in the southwest.

Gemini can be seen in the eastern sky with their bright stars Castor and Pollux. The Big Dog is followed by the Little Dog with its yellowish main star Procyon. Leo takes his place low in the eastern sky. It has just risen and heralds the coming of spring. The bright stars Sirius, Procyon, Castor, Capella, Aldebaran, and Rigel form the Winter Hexagon, which is easy to spot in the starry sky.

Visibility of the planets 2023

Mercury, the planet closest to the sun, is only visible to the naked eye for a few days a year. From late March to mid-April, the nimble planet can be seen low in the southwest sky for about half an hour at dusk. It can be seen in the morning sky in late January and mid-September to early October.

Mars will stay in the evening sky until July. Its brightness decreases steadily until the beginning of summer. On November 18, the sun will catch up with it and will be unobservable with it in the daytime sky. In the spring of 2024, the red planet will then appear in the morning sky.

Jupiter will be in conjunction with the Sun on April 11, making it invisible in the daytime sky. In May, the giant planet reappears in the morning sky. On November 3 he comes in counter-glow or opposition to the Sun in the constellation of Aries. Jupiter can thus be observed throughout the night. The giant planet can be seen in the evening sky until early April 2024.

In the first week of May, the Eta Aquarids appear. They seem to emanate from the constellation Aquarius. The pronounced maximum is expected in the morning hours of May 6, with up to seventy meteors flaring up per hour.

In August, the most prolific shooting star shower of the year becomes active. From the 10th to the 14th the Perseids flare up. Among them are fairly bright objects called bolides or fireballs. Perseid activity peaks on the night of August 12-13, when more than a hundred meteors flare up every hour.

In mid-November, the Leonids make themselves felt in the morning sky. They seem to come from the constellation Leo. Around the 18th this year around fifteen shooting stars of this stream can be registered.

course of the sun and seasons

At the beginning of the year, the sun is in the constellation Sagittarius near the star Nunki. On the afternoon of January 4th, the earth rushes through its closest orbital point, 147,099,000 kilometers separating them from the day star. Sunlight reaches us after eight minutes and ten seconds.

On the evening of July 6th, the earth passes the farthest point from the sun in its elliptical orbit. It will then be 152,093,000 kilometers away, giving us seventeen seconds more sunlight than in early January.

Astronomical spring arrives on March 20 at 10:24 p.m. CET, when the sun crosses the celestial equator in a northerly direction. The vernal equinox occurs.

The sun reaches the peak of its annual path at the beginning of summer on June 21 at 4:58 p.m. CEST. The astronomical autumn begins on September 23 at 8.50 CEST with the change of the sun to the southern celestial sphere. At the beginning of winter on December 22 at 4:27 a.m. CET, the sun reaches its lowest point for the year, we experience the longest night of the year.

The year 2023 begins on December 31, 2022 at 3:30 p.m. Central European Time - astronomically speaking. Then the sun passes the point 280 degrees east of the vernal equinox in its apparent annual path. One also speaks of Bessel's beginning of the year after Friedrich Wilhelm Bessel, first director of the Königsberg observatory, today Kaliningrad.

According to the Gregorian calendar, the year 2023 has 365 days as a common year.

The Japanese welcome the year 2683 of the imperial calendar on January 1st.

Mars is the regent of the year 2023. Regents of the year can be the seven classic planets Sun, Moon, Mercury, Venus, Mars, Jupiter and Saturn.

Easter Sunday falls on April 9th ​​in 2023. New Year's Day is a Sunday, and New Year's Eve falls on a Sunday. Ash Wednesday is on February 22nd, Ascension Day on May 18th, Whit Sunday on May 28th and Corpus Christi on Thursday, June 8th. The first Advent falls on Sunday, December 3rd and Christmas Day is on Monday, December 25th.

1 Population: India will be the most populous country... 2 Basketball superstar: 60 points: Doncic breaks Nowitzki's... 3 Motorsport: German drivers for Formula 1 team Audi?... 4 US actress: Barrymore on ghosting: "Strange that... 5 Actor: Colin Farrell gets more homesick as he gets... 6 Astronomy: looking into the stars - sun, moon and... 7 War in Ukraine: Zelenskyj discusses situation in Bakhmut... 8 Survey: Germans will feel freer again in 2022 9 Medical officers warn against the rapid lifting of... 10 Vogtlandkreis: Car rolls over several times: 26-year-old... 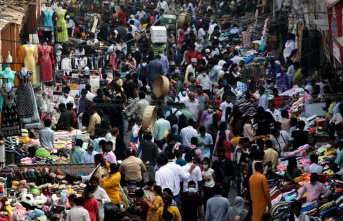 Population: India will be the most populous country...