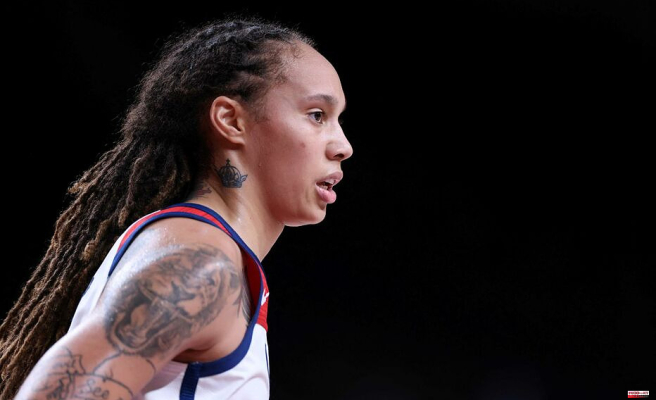 The Russian news site Gazeta.ru said on Thursday, citing a source within the Russian prison service, that it was “very likely” that the American basketball player detained in Russia Brittney Griner would be exchanged for a famous Russian arms trafficker.

Nicknamed "the merchant of death", Viktor Bout, was arrested in Thailand in 2008 and is serving a 25-year prison sentence in the United States. According to Fox News, the Russian news agency TASS reported that talks were underway as part of an exchange between the two prisoners. Information that has not yet been confirmed.

Former pilot and translator for the Russian army, Viktor Bout was convicted of having organized the largest private arms trafficking network in the world on the ruins of the USSR in the early 1990s. He supplied weapons to the conflicts the bloodiest in the world: Liberia, Angola, Sierra Leone or even the Democratic Republic of Congo (DRC) with the help of a fleet of cargo planes.

Brittney Griner, player of the Phoenix Mercury club, two-time gold medalist at the Olympic Games and champion of the WNBA (the American basketball league), was arrested in February at Moscow airport after the discovery in her luggage at hand "of vapers" and "a liquid with a peculiar smell" of cannabis oil (hashish oil), according to the Russian Federal Customs Service.

A Russian court decided on Friday to extend until June 18 his detention initially ordered until May 19, the official TASS news agency reported. The court of Khimki, in the suburbs of Moscow, "has satisfied the request of the investigators and has extended the detention of the American citizen Griner until June 18", indicated the press service of this court, quoted by the agency.

“A consular officer from our embassy in Moscow was able to speak to him on the sidelines of the hearing” this Friday in court, American diplomacy spokesman Ned Price assured journalists in Washington. “This officer was able to confirm that Brittney Griner is doing as well as possible given circumstances that we can only describe as excessively difficult,” he added.

After Griner's arrest, which took place amid international tensions linked to the entry of the Russian army into Ukraine, the American Federation USA Basketball had expressed its "concern" about "security" and the "good -être” of the player, who risks five to ten years in prison. The United States recently found that Brittney Griner was "unjustly detained" by Russia, and is therefore calling for her release.

1 After hate crimes in Buffalo: Biden declares war on... 2 Request for the evacuation of the fighters: women... 3 Women's French Cup: in Yzeure, the 38-year-old... 4 "I'm here for a long time", Tony Parker... 5 Drama in Rascasse-Kurve: Leclerc crashes millionenschweren... 6 PMU - Arrival of the quinté of Sunday May 15 at Longchamp:... 7 MotoGP: another failure for Quartararo and Zarco,... 8 Tennis: Gaël Monfils and Elina Svitolina await a... 9 Ligue 1: death of a Rennes supporter just before the... 10 “We are still hungry and we want to pick up all... 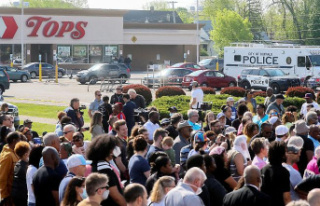 After hate crimes in Buffalo: Biden declares war on...