As a world championship leader in Formula 1, as a Ferrari driver, as Monegasse: Charles Leclerc is allowed to drive Niki Lauda's former Ferrari in a historic street race in Monaco. 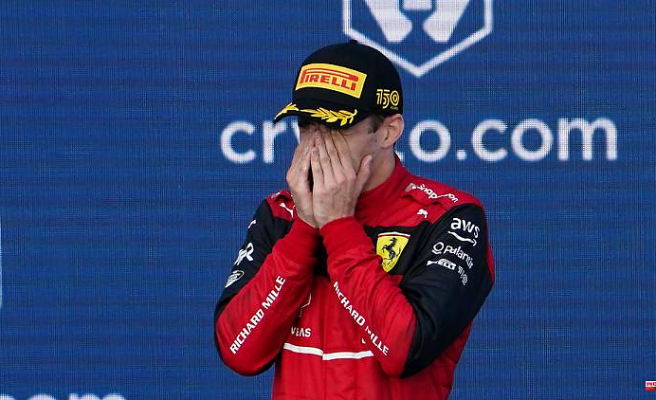 As a world championship leader in Formula 1, as a Ferrari driver, as Monegasse: Charles Leclerc is allowed to drive Niki Lauda's former Ferrari in a historic street race in Monaco. Then the unbelievable happens: The 24-year-old puts the car against the crash barrier in a curve.

His home country of Monaco is still not a good place for Formula 1 star Charles Leclerc, at least in a racing car. The World Championship leader was allowed to climb into the Ferrari 312T for the traditional Grand Prix Historique on the streets of the Principality, in which Niki Lauda had won his first World Championship title. It was in 1975 when the legendary Austrian was successful for the first time.

The bolide is correspondingly historical and valuable, its value is estimated at six to eight million dollars. A value that made Leclerc's journey more delicate. Because the unthinkable happened to the Formula 1 leader: he spun in the Rascasse curve, slipped into the guardrail and damaged parts of the rear.

The Monegasse gestured, indicating a problem with the pedals. In the parade he drove alongside Jacky Ickx, former Ferrari driver and six-time Le Mans winner. He spoke to him after the crash about the incident: Leclerc reportedly complained that he had lost his brakes. He was happy that it happened in this corner, he thought it could have been worse elsewhere. "The problem is that I got scared. I got into the curve quite normally," he told Ickx, according to motorsport.com, about the surprising failure.

"When you think you've already had all the bad luck in the world in Monaco - and then lose your brakes in Rascasse with one of Ferrari's most iconic historic Formula 1 cars," the 24-year-old commented on his faux pas self-ironic on Twitter.

In three attempts at the Monaco Grand Prix, Leclerc has not yet reached the finish line. Last year he secured pole position, but was unable to start due to damage. At the sixth World Championship round in two weeks, the Ferrari star gets a new chance in Monaco.

1 PMU - Arrival of the quinté of Sunday May 15 at Longchamp:... 2 MotoGP: another failure for Quartararo and Zarco,... 3 Tennis: Gaël Monfils and Elina Svitolina await a... 4 Ligue 1: death of a Rennes supporter just before the... 5 “We are still hungry and we want to pick up all... 6 All data, all facts: The state elections in North... 7 Ligue 1: Monaco doubles Marseille, Bordeaux no longer... 8 Montpellier-PSG (0-4): Idrissa Gueye, the absence... 9 Coupe de France: proud, cosmopolitan, penniless...... 10 Montpellier-PSG: "We will do everything to make... 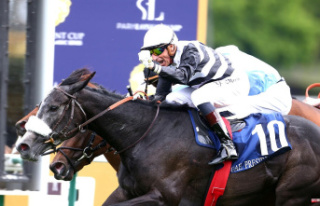 PMU - Arrival of the quinté of Sunday May 15 at Longchamp:...