Request for the evacuation of the fighters: women describe the catastrophic situation in the steel mill

A glass of water a day, hardly any medication despite serious injuries: According to the wives of the fighters, the conditions in the Ukrainian Azovstal steelworks are "terrible". 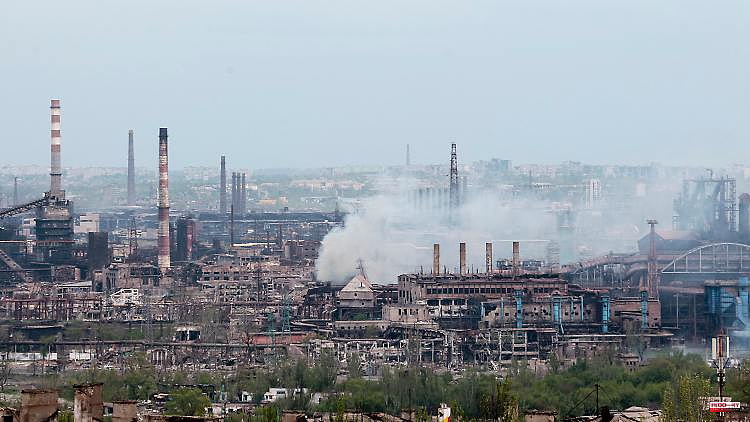 A glass of water a day, hardly any medication despite serious injuries: According to the wives of the fighters, the conditions in the Ukrainian Azovstal steelworks are "terrible". Those trapped had little hope of rescue: "They are preparing for the last fight."

Several wives of the last Ukrainian fighters in the port city of Mariupol have described the catastrophic conditions in the Azovstal steel plant, which is besieged by Russian troops. There is only one glass of water per person per day, said one of the women in an interview quoted by the Ukrainian media. The woman said she was last able to talk to her husband on the phone a few hours ago. She and the others once again called for the evacuation of all entrenched fighters - first the seriously injured among them. Their situation is "terrible": Some are missing arms or legs, there are hardly any drugs or narcotics.

According to Ukrainian sources, around 1,000 defenders of Mariupol have holed up in the steelworks, which has been surrounded and fired upon by Russians and pro-Russian separatists for weeks. Around 600 are said to be injured, it was said recently. The Ukrainian army is far from Mariupol and currently has no chance of liberating the city, which has been largely occupied by the Russians. "The mood is pessimistic because there is almost no hope of rescue," said one fighter's wife in the interview. "They are preparing for the final battle because they don't believe in a diplomatic solution."

Mariupol city council deputy Petro Andryushchenko accused Russia of shelling Azovstal with phosphorus bombs. "Hell has come to earth. To Azovstal," he wrote on Telegram. Such incendiary bombs are ignited by contact with oxygen and cause devastating damage. Their use against humans is forbidden. Andryushchenko released a video with aerial photos showing a rain of fire falling on the plant. Artillery shelling of the industrial zone could also be seen on the initially unverifiable recordings of unclear origin.

The commander of the Donetsk separatist brigade "Vostok" (east), Alexander Khodakowski, and Russian war correspondents also published the video and spoke of an attack on the factory premises with incendiary projectiles. These are supposed to be incendiary rockets that are fired using the "Grad" (hail) multiple rocket launcher.

1 Women's French Cup: in Yzeure, the 38-year-old... 2 "I'm here for a long time", Tony Parker... 3 Drama in Rascasse-Kurve: Leclerc crashes millionenschweren... 4 PMU - Arrival of the quinté of Sunday May 15 at Longchamp:... 5 MotoGP: another failure for Quartararo and Zarco,... 6 Tennis: Gaël Monfils and Elina Svitolina await a... 7 Ligue 1: death of a Rennes supporter just before the... 8 “We are still hungry and we want to pick up all... 9 All data, all facts: The state elections in North... 10 Ligue 1: Monaco doubles Marseille, Bordeaux no longer... 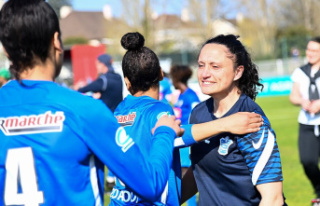