Alfonso Lozano Megía, from Ciudadanos, takes over from José Calzada as the new mayor of Viso del Marqués

Alfonso Lozano Megía, from Ciudadanos, today took over as mayor of the Viso del Marqués City Council, in extraordinary session, with 6 votes from Cs, PP and UdCa. 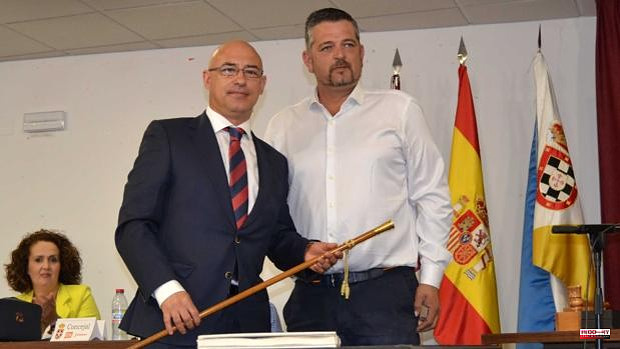 Alfonso Lozano Megía, from Ciudadanos, today took over as mayor of the Viso del Marqués City Council, in extraordinary session, with 6 votes from Cs, PP and UdCa. The popular José Calzada was mayor during the previous three years of the Legislature.

In the act, directed by the secretary of the City Council, Pedro Sáez de la Torre, two candidacies have been presented, one by the Cs, PP and UdCa, headed by Alfonso Lozano, and another by the PSOE, in the person of Fátima Victoria Ginés , leaving the first by 6 votes in favor, against the 5 socialists.

It has thus been confirmed that the union of forces between PP, Cs and UdCa, 6 votes in favor of the Cs candidate, has allowed Alfonso Lozano Megía, 48, to become the new Viseño alderman for the remainder of the legislature until the next spring 2023.

After the proclamation, the new mayor and president of the Corporation gave the floor to the rest of the spokespersons of the different groups, who intervened in brief speeches, before going on to give his inaugural speech.

Lozano Megía expressed his satisfaction at giving continuity to this mandate, making it clear that "these three years have been very hard and a lot of learning for all of us and I feel really proud of the way the six components of this government team have faced them, Well, as you all know, it has been a very difficult legislature all over the world».

He sent a message to the opposition, indicating that, “just like the previous 3 years, their proposals will be taken into account in the same way and that you will always have our availability to be heard. You are comrades, because the councilors of a town, regardless of the party they belong to, must be comrades to give the best of themselves to their town.

To go on to name each one of his colleagues from the Government team in this legislature, thanking them for their work; As well as thanking all the workers of the city council for their functions, the head of the Local Police, and welcomed the invited authorities, among them the regional secretary of Cs, Carmen Picazo, and mayors of other nearby towns, and stopped at the previous mayors Paco Chico, Alfonso Toledo and María Luis Delfa, highlighting the many projects started that have been completed or continued.

He also thanked the colleagues from Ciudadanos de Viso del Marqués for "believing in this project without whom this would not have been possible, thank you very much indeed to all of you for believing in me and accompanying me on such an important day."

He also had words for his friends and his family, present and absent, and ended by putting his person “and what is in my power at the disposal of my people, of all of you. I will have the door open to listen to you and receive all my countrymen trying to make the best and fairest decisions, knowing that they will not be good for everyone, but from my heart I want to be everyone's mayor.

1 The reason why Rafa Nadal is the only tennis player... 2 Russian missiles strike Kyiv, as Putin warns West... 3 Pablo Laso has a myocardial injury 4 Pablo Laso, admitted after suffering a myocardial... 5 A serious mistake by Aleix leaves him off the podium 6 Juan Perro is now a poster for the 1001 Musicas cycle... 7 Quartararo wins, Aleix Espargaro is in terrible confusion... 8 Transcript: Dr. Walter Koroshetz, "Face the Nation"... 9 The PP denounces before the CAC "the use of Catalunya... 10 Located the lifeless body of the 86-year-old woman... 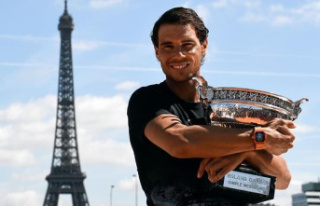 The reason why Rafa Nadal is the only tennis player...