Roland Garros has become one of the most prestigious tournaments in the history of tennis. 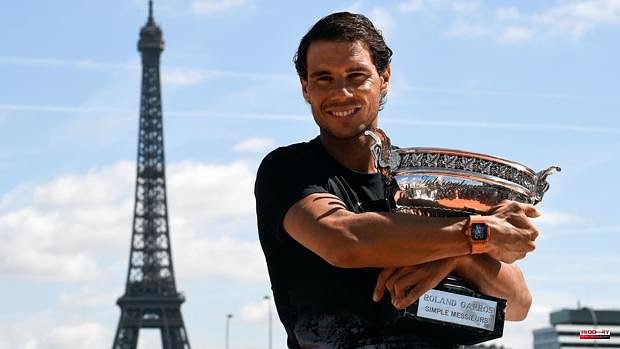 Roland Garros has become one of the most prestigious tournaments in the history of tennis. Winning one of these Grand Slams is not within everyone's reach, but taking home the renowned Musketeers Cup is even more difficult than it may seem, even after winning the championship.

[Roland Garros Trophy: what it is made of and how much the Musketeers Cup weighs]

The clay of France does not crown just anyone and, although the winner can lift the trophy on it, the truth is that the tennis players who win the Roland Garros final never take this award home. These lucky ones are given a smaller replica made annually, while the original cup remains in the office of the president of the French Tennis Federation.

However, there is an exception: Rafa Nadal is the only tennis player in the world who owns the Roland Garros trophy.

But why does the Spanish tennis player have one of these exclusive trophies?

Despite the fact that Rafa Nadal is the tennis player who has won the most Roland Garros titles, with an incredible 13 awards, the Mallorcan was not able to take one of them home until 2017.

[What is Rafa Nadal's injury?]

He achieved it after beating the Swiss Stan Wawrinka in the final of Roland Garros 2017, the day on which he achieved what was then his tenth title in Paris.

It was then that the organization of the tournament decided to give him an exact copy of the Musketeers Cup and not a smaller replica as had been done until then. It was the first time in history that a tennis player kept the Paris trophy.

The person in charge of giving him that award was his uncle and then coach, Toni Nadal. In addition, the tennis player was honored after the meeting with a video with the stellar moments of his career at Roland Garros.

1 Russian missiles strike Kyiv, as Putin warns West... 2 Pablo Laso has a myocardial injury 3 Pablo Laso, admitted after suffering a myocardial... 4 A serious mistake by Aleix leaves him off the podium 5 Juan Perro is now a poster for the 1001 Musicas cycle... 6 Quartararo wins, Aleix Espargaro is in terrible confusion... 7 Transcript: Dr. Walter Koroshetz, "Face the Nation"... 8 The PP denounces before the CAC "the use of Catalunya... 9 Located the lifeless body of the 86-year-old woman... 10 The Andalusian challenge to the elections on 19th 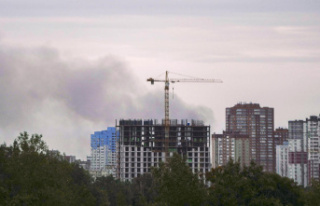