Ultra, the world's largest music festival brand, has just announced that this year it will land in Spain with its well-known 'Ultra Beach' format. 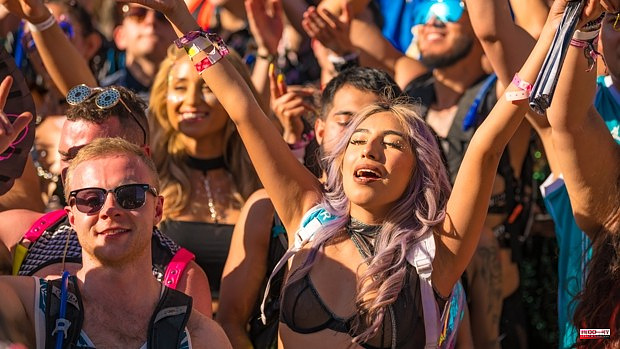 Ultra, the world's largest music festival brand, has just announced that this year it will land in Spain with its well-known 'Ultra Beach' format. The first edition of this boutique event facing the sea will be a one-day marathon that will take place on Saturday, August 20, at the Marenostrum space (Fuengirola, Málaga).

'Ultra Beach Costa del Sol' will feature some of the most prominent names on the current electronic scene on a large stage equipped with cutting-edge technology and visuals, and backed by a state-of-the-art lighting, pyrotechnics and cryogenics system. The event will feature two stages, the Beach Stage featuring Afrojack, Oliver Heldens, and Kshmr among others, and the Resistance Stage, led by Adam Beyer and Joseph Capriati, all headlining a lineup that has just been fully revealed.

In principle, the arrival of this new event within the panorama of electronic music festivals should not affect too much direct competition from events such as Monegros or Sónar, since they do not coincide in date or region. But this landing is undoubtedly a turning point for future seasons, and also the consolidation of Malaga as a land of festivals, since this year the Big Andalucia by Mad Cool and Cala Mijas macro-concerts also debut there.

Since its birth in 1999, Ultra has established itself as one of the most important brands in the global electronics industry. Its Ultra Worldwide project has greatly contributed to this, which has allowed it to transport the festival experience to various corners of the world. A list of 29 countries to which Spain is now added.

The location chosen for this long-awaited debut has been the Costa del Sol, on the shores of its excellent beaches. In fact, the festival is celebrated just 20 meters from the sea. The brand has promised that this edition will mark a before and after in the history of the Spanish electronic scene. The event will take place on Saturday, August 20, starting in the afternoon, in Marenostrum (Fuengirola), a perfectly equipped space for an outstanding experience.

The Beach Stage will host some of the biggest names in EDM worldwide: Afrojack, winner of a grammy in 2011 for his remix of Madonna's Revolver and current number 6 in the world according to the Dj Mag ranking; Oliver Heldens, true pioneer of future house and number 8 in the world according to the aforementioned list; KSHMR, America's most in-demand EDM artist. The cast of this stage is completed by the American Acraze, the resident of Ultra Mykris and the Spanish Alex Now and Manu González.

Audiences will also be able to enjoy the Resistance Stage experience, the underground music concept that has won several awards for Ultra Worldwide. This will be located inside the emblematic Sohail Castle, a majestic fortress from the 12th century. There will be Adam Beyer, owner of the Drumcode label and one of the great heavyweights of the contemporary techno scene; Joseph Capriati, world-renowned Italian DJ and producer, forerunner of techno as we know it today; Ben Sterling, emerging artist of the new British generation; Blackchild, the new ambassador of the Italian Tech House; and completing the poster is the German based in Jamaica Melanie Ribbe and the Madrilenian Sandro Bianchi.

1 The TC also annuls the government reform that left... 2 Mañueco censures that "there are people who... 3 The Siro Company Committee will meet on Wednesday... 4 The works that will connect 'El Terminillo'... 5 Carriedo asks for "sufficient generosity"... 6 An electoral survey returns the Valencia City Council... 7 Don Benito and Villanueva discard the proposed names... 8 The new Toledo POM contemplates up to 18,000 homes... 9 Vitartis is committed to projecting the agri-food... 10 Escalona will return to the Middle Ages from June... 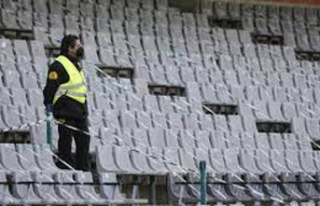 The TC also annuls the government reform that left...