It is probably the biggest scam detected in recent years in the Basque Country. It is probably the biggest scam detected in recent years in the Basque Country. The ringleader of the plot created "up to 62 false identities" with which he managed to defraud more than a million euros from the Basque Employment Service, Lanbide, through the fraudulent collection of social aid for vulnerable people. The National Police has arrested a total of 23 people and has seized 22 false passports, 16 bank books, 17 credit cards, 9 mobile phones and an external hard drive.

According to police sources, the ideologue of the scam, a man of Senegalese nationality, was in charge of creating false identities. The rest of the members of the network acted "in a highly differentiated background" and organized into two groups. The first of them was made up of the people in charge of managing the aid. Thanks to false passports, they pretended to be fictitious people and managed to complete the necessary procedures to collect public aid for housing rental and basic income (RGI).

This second is an aid similar to the minimum vital income and that ranges between 700 and 1,000 euros, depending on the members that make up the family unit. To this should be added the rental assistance amounting to 275 euros per month. In other words, for each fictitious person they managed to register in the system, they obtained 875 euros per month.

In parallel, the rest of the detainees were dedicated to renting houses and creating fraudulent registrations of fictitious identities. To achieve this, they falsified passports and registration certificates that served to prove that the applicant had been registered for the three years required by the Basque Government to grant aid. In addition, to avoid raising suspicions, they did not hesitate to present irregular applications in offices located in different municipalities. They even falsified medical reports and certificates of completion of training courses to prevent aid from being suspended due to the applicant not physically appearing at the offices of the Basque Employment Service.

The investigation began at the beginning of the year when immigration agents learned that a man of Senegalese nationality was serving other people to illegally collect these social benefits. Since then, a total of 23 arrests have been made “in three phases”. In the month of January they proceeded to arrest the Cameroonian citizen; In a second phase, at the end of March, they managed to arrest what they consider to be the ringleader and with thirteen arrests this week they have considered the plot dismantled.

It is estimated that in the months in which they were operating they swindled a total of 1,091,416 euros. Those arrested are from Latin America, the Sahel and the Maghreb. All of them are free accused of criminal organization, fraud and false documents.

From the Basque Employment Service, Lanbide, they have sent a message of thanks to the National Police and have claimed to feel "victims" of an organization that has "swindled money that corresponds to vulnerable people." As sources from the agency have explained, the plot went completely unnoticed since everything was so planned that even for the Police it has been "complicated to unravel this network."

The spokesman for the Basque Government, Bingen Zupiria, has also spoken in this regard, lamenting that although "not often" there are "once in a while" cases of fraud in the collection of these aids. He assures that they are "minority" and that "permanent control" is maintained both of those responsible for Lanbide and of the different police institutions.

These are explanations that have been insufficient for opposition groups such as the Basque PP. The parliamentarian Laura Garrido has assured that they will ask the Government of Urkullu for "explanations" for this plot that supposes "a fraud to the social aid system". They have also called for "effective controls" to prevent the system from becoming a "strainer".

1 Meta, former Facebook, already has the green light... 2 Live | Feijóo faces Sánchez for the first time in... 3 The Catalan Selectivity ignores the History of Castilian... 4 Poland's 'shadow leader' Jarosław... 5 Putin's elite unit that has been "totally... 6 Migrant caravan in south Mexico 7 Sergio García formalizes his divorce with the PGA... 8 Ukrainian grain could be leaving ports, but Russian... 9 Queen Letizia surprises with a white dress with transparencies 10 The mysterious biography of the Baroness of Wilson:... 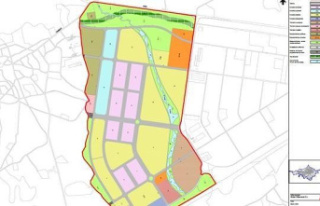