Meta, former Facebook, already has the green light to settle in Talavera

The president of Castilla-La Mancha, Emiliano García-Page, has advanced that his Government has just approved the declaration of a Project of Singular Interest to facilitate the installation of the Meta company in Talavera de la Reina. 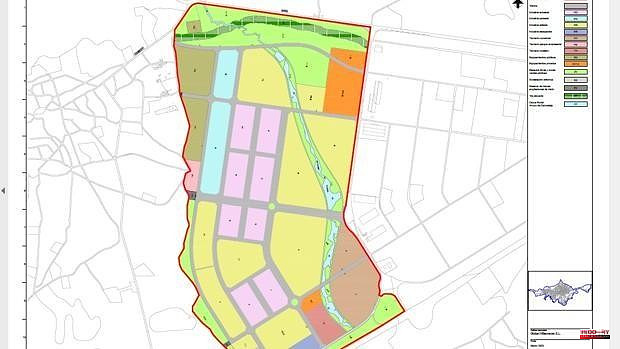 The president of Castilla-La Mancha, Emiliano García-Page, has advanced that his Government has just approved the declaration of a Project of Singular Interest to facilitate the installation of the Meta company in Talavera de la Reina.

This has been advanced from the City of Ceramics, where it has indicated that this procedure has been carried out "in record time" to "give preference" to the installation of this company and "go from an idea to a project" of the entity " more important than could be imagined» in Talavera de la Reina.

«Today the Government of Castilla-La Mancha has already married Meta. Today we approve the project and it is getting closer to this great company completely revolutionizing Talavera, its region and the next generations », he asserted.

The Minister of Economy, Business and Employment of the Autonomous Government, Patricia Franco, also had words in the act to refer to this facility, and recalled that the Government has put a lot of effort into bringing Meta to Talavera, a project that has « a strong economic impact» since it represents more than 450 million euros of gross added value to the regional economy. "51 million euros of added value year after year simply for having them here," Franco applauded.

After thanking all those involved so that things with Meta progress "well", today he wanted to refer to the local businessman because, as he said, "what would we do if we did not have our local entrepreneurs who are committed to generating investment and employment". "400 jobs throughout the country, 200 here in Talavera," he has estimated.

In this act, the mayor of the city, Tita García Élez, also spoke about it, noting that the local administration is also working "side by side" with the regional government in this regard to demonstrate that the town "is going to recover the splendor that it has always had with its industrial areas».

These statements were made in an act in which the logistics company Carosan has inaugurated the expansion of its center in Talavera de la Reina, a logistics entity that has come to have more than 400 workers with its own fleet of 280 tractor heads and 100 vehicles between small trucks and vans with an eye on the Iberian market.

Carosan has eight locations in the Iberian Peninsula, from which it operates for large international companies. Currently, it is made up of a group of five companies dedicated to logistics storage and distribution throughout the peninsular with a headquarters in Talavera de la Reina, where it has a huge logistics warehouse with the latest technological means, at the forefront of the sector and respectful of environment.

García-Page has highlighted the importance of this act in a context in which "there are many people who are not aware of the moment that Talavera is living".

A city with "an absolute priority" that is "turning around", now that "deep currents of many things that have not been done well in Talavera in past decades" are being touched.

In the city, "historically, little has been produced", although from the primary sector, although "much of what was produced was not even transformed". "Here the mentality has always been the deal, the trade, the market, taking and giving, which is ultimately what logistics is," he considered.

But the city is experiencing a "profound renaissance" with the latest business attraction news, with other advances to come such as the fact that "the university campus is going to double" or "the best unemployment data" have been harvested of recent years.

The business attraction even goes through the surroundings of the city, since according to García-Page, an important company with Chinese capital is about to announce its interest in landing in the Extremaduran town of Navalmoral de la Mata, something that will serve to «Betting on the Madrid-Lisbon axis, so that it hits hard», after having been «the great loser of the infrastructures of Spain».

"Talavera no longer wants excuses, he wants reasons", assured García-Page before assuming that Castilla-La Mancha will be the region that "surprises" in the next decade due to its great capacity to attract companies.

García-Page has thanked the businessmen who are helping the government to obtain the purchase of "a lot of land" in the direction of Madrid, which tomorrow will end up being "several large companies".

Likewise, the regional president has insisted that the Government is working, "with the complicity" of the Talavera businessmen, for new land in the direction that industrial development in Talavera should have had at the time. "If everyone believes in Talavera, this is going to go very well," García-Page predicted.

For her part, the Minister of Economy, Business and Employment, Patricia Franco, highlighted that public-private collaboration is yielding results and how, "despite the fact that it seems that only the market is capable of changing the rules of the game in the economy », also governments «are influential».

It has also taken the opportunity to assess the data of the General Index of Industrial Production (IPI), which in Castilla-La Mancha in the month of April has grown by 6.6 percent while in the country as a whole there has been a slight fall in 0.4 percent. "We have grown by more than six points with respect to the national average in the increase of our industrial capacities", Franco congratulated himself.

The mayor of Talavera de la Reina, Tita García, has sent her congratulations and thanks to the businessmen because "they are firmly committed to a territory like Talavera de la Reina". “As mayor, I have little else to do but thank you,” declared García Élez.

Likewise, he has insisted on the importance of the expansion for the logistics sector in Talavera, proposing a comparison of the space used and the volume of work with the facilities of the multinational Amazon.

"We are talking about the fact that you have more meters dedicated to logistics than, for example, a large company such as Amazon has that are located in other towns in Castilla-La Mancha," he explained, addressing the businessmen.

He has also claimed the potential of Talavera, "located in a strategic position, on that Madrid-Lisbon axis, which is going to be developed, yes or yes." Tita has reiterated the commitment of her municipal government to "flatten the ground for companies."

The president of the Toledo Provincial Council, Álvaro Gutiérrez, has also sent his congratulations to the logistics company. "We are also happy with your success and the success of the creators of this great logistics platform in Talavera," he declared.

Gutiérrez has framed the importance of the expansion of this logistics center in the development of the sector in the province. "The province of Toledo knows a lot about the engine of economic development, business revitalization and the instrument of social and territorial cohesion that logistics platforms represent," said the president of the council.

In addition, he has raised the importance of the business fabric in the province and in the region, indicating that they are essential for the development of cities such as Talavera de la Reina.

"A city that has regained hope, that once again believes in its business potential and that is attracting companies that generate wealth," he declared.

Finally, Gutiérrez has valued the policies of the administrations aimed at generating employment, based on the unemployment data published last week.

1 Live | Feijóo faces Sánchez for the first time in... 2 The Catalan Selectivity ignores the History of Castilian... 3 Poland's 'shadow leader' Jarosław... 4 Putin's elite unit that has been "totally... 5 Migrant caravan in south Mexico 6 Sergio García formalizes his divorce with the PGA... 7 Ukrainian grain could be leaving ports, but Russian... 8 Queen Letizia surprises with a white dress with transparencies 9 The mysterious biography of the Baroness of Wilson:... 10 The bishop of Astorga (León) officiates a mass for... 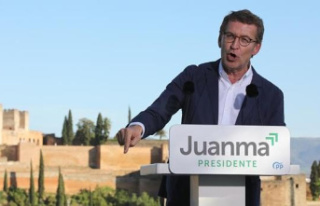 Live | Feijóo faces Sánchez for the first time in...