A Degas sculpture sells for 41.6 million, a record for the artist

It was one of the most anticipated pieces of the auction and it did not disappoint. 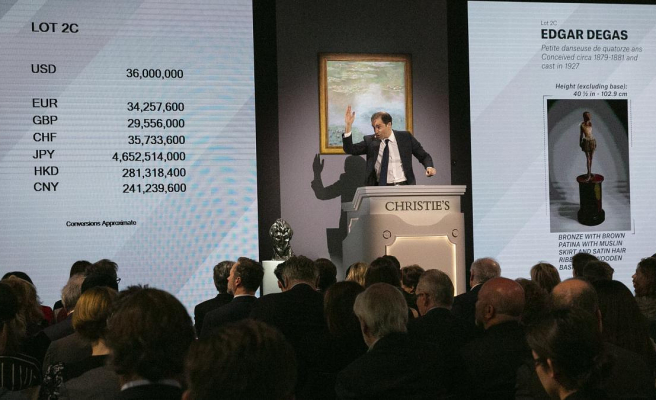 It was one of the most anticipated pieces of the auction and it did not disappoint. The sculpture, Petite danseuse de quatorze ans, by French impressionist Edgar Degas sold for $41.6 million on Thursday at a sale at Christie's in New York, setting a record for any work by the artist to date.

The piece was part of the collection of philanthropist Anne H. Bass. The most valued of this personal collection, which began a great auction of the nineteenth and twentieth centuries, were the paintings Le Parlement, soleil couchant, by Claude Monet, which reached a price of 75.96 million; followed by Mark Rothko's Untitled (Shades of Red) for $66.8 million.

Apart from the Degas sculpture, another work that Bass, who died in 2020, wore in his Fifth Avenue apartment also made history, Stue (Interior with an Oval Mirror), by the Danish Vilhelm Hammershøi's, which with 6.3 million became also in the artist's most expensive work.

1 2 Ricard Castellvi leads the ILCA 7 Spanish Championship 3 Máximo Huerta wins the Fernando Lara award with a... 4 The Il Volo trio will revive Morricone's soundtracks... 5 Fiestas de San Isidro 2022: concerts and activities... 6 Cryptocurrencies live the worst week in their history 7 This is how the jungle opera that glossed the life... 8 The market is crying out for a strong rebound 9 Suu: 10 Funds gaining more than 40% while the market collapses 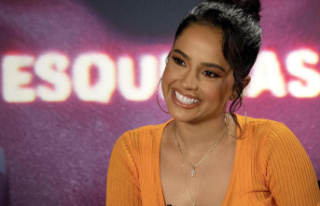